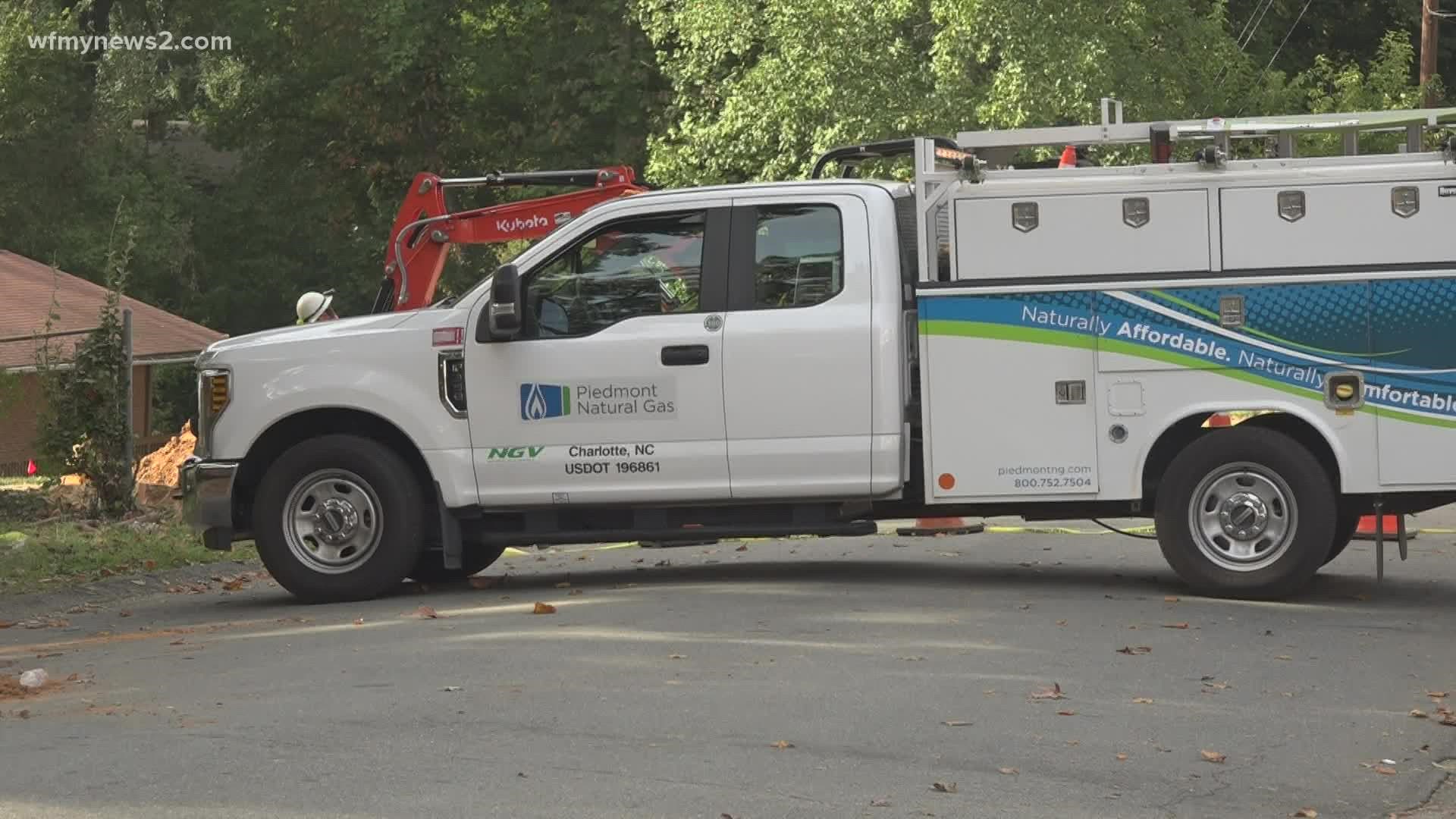 WINSTON-SALEM, N.C. — A gas leak in Winston-Salem temporarily forced an evacuation of more than 100 people at nearby apartment complexes.

“It was kind of deep so we didn’t know exactly what size line we were working with but it was a pretty big significant leak," Winston-Salem Fire Department Battalion Chief Ricky McCutchen said.

“We had two hazmat crews on the scene...we had them monitoring the (nearby apartment) buildings," McCutchen said. "We determined that it was best to go ahead and try to evacuate them and get them to a safe place."

He said they moved residents of Granville Plaza and Granville Place toward Hutton and Crestwood Streets to get them out and away from the buildings.

Forsyth County Emergency Medical Services and the Winston-Salem Transit Authority were on the scene helping with the evacuation.

"They were getting concentrations of gas inside the buildings they were in," McCutchen said. "(Evacuating them) presented a little bit of problem because some of them were non-ambulatory or very limited in their movements."

He said natural gas is technically odorless but a chemical is added to the gas to give it the smell many recognize. If you smell the odor, you should leave the area and call the fire department. McCutchen said to also avoid things like smoking.

“It has to be a correct mixture of fuel to air ratio for it to ignite but you don’t know where you are in that range," he said. "So you could be in the perfect mixture and turn on the light that provides a spark that could ignite a whole building.”

According to ADT, you may also notice the broken or damaged line, see dead houseplants, hear a hissing noise near the gas line or see a white or dust cloud. There are also several symptoms of natural gas poisoning to look out for, like chest pains, ringing in your ears, flu-like symptoms, and a reduced appetite, among others.