The school board heard nearly three hours of public comment before voting to adjourn and resume the meeting on Wednesday night. 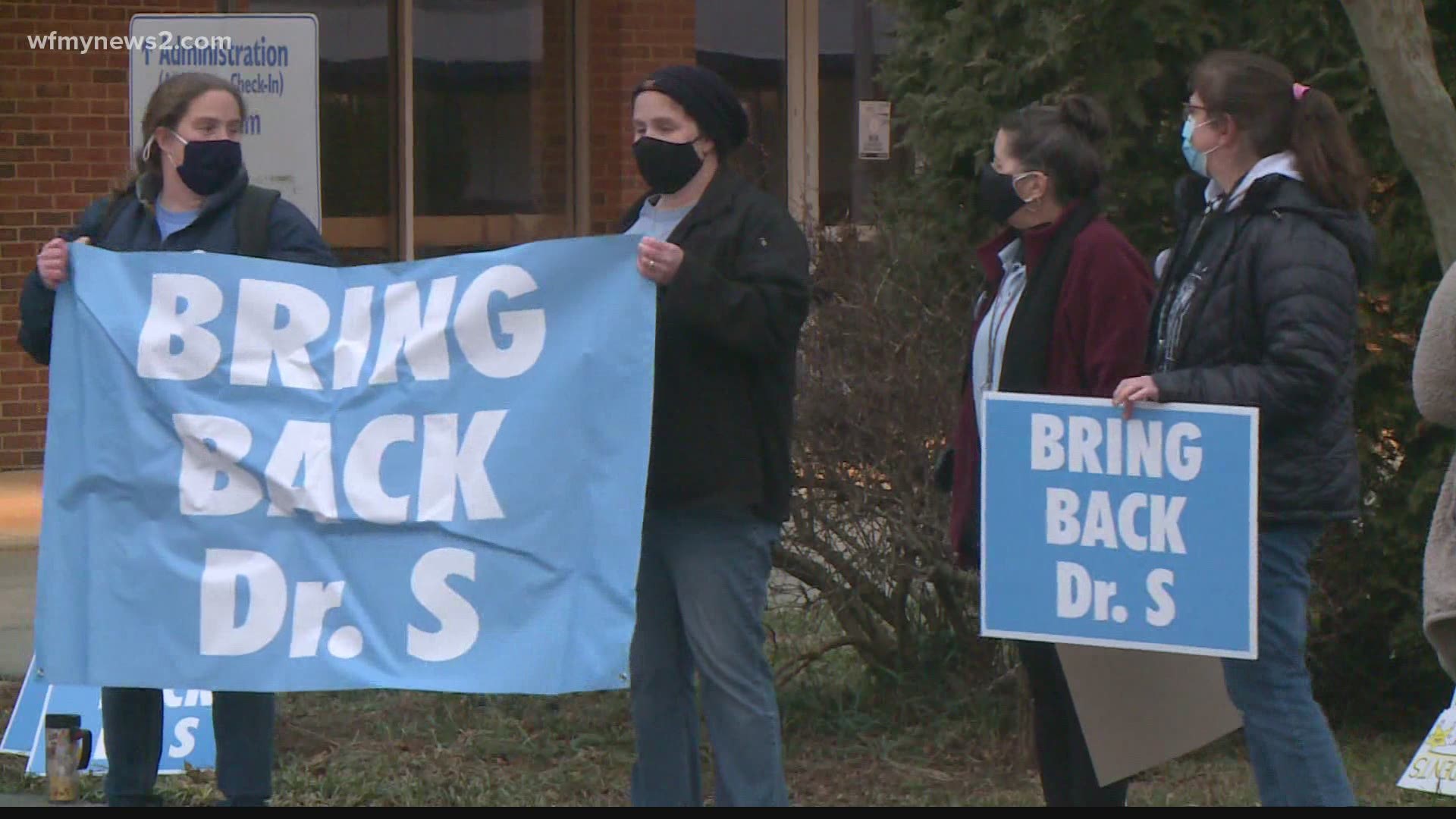 REIDSVILLE, N.C. — Teachers, parents, even students spoke up at the first Rockingham County school board meeting since Superintendent Dr. Rodney Shotwell was fired last month. Most demanded to know - why?

The public comment period alone lasted nearly three hours, and that was the only thing they got through on the agenda, as many shared their disappointment with the board for firing Dr. Shotwell.

Outside Reidsville High School Monday night, a group held up signs in support of Dr. Rodney Shotwell, ahead of the first meeting since the Superintendent was terminated by the Rockingham County Board of Education in a 4 to 3 vote.

"We think it is a terrible time - and a terrible decision. Irresponsible," said parent Mary Ryan. She's one of several who showed up to speak directly to the board - saying the community is owed an explanation, accountability and transparency.

"This school board has become extremely imbalanced, and they're making decisions that don't represent us, and what we feel is best," she said.

More than fifty people were signed up for public comment - speaking both in person and over Zoom. A majority of the speakers demanded the Board provide a better answer as to why they fired Shotwell - who is still serving as superintendent until March.

A small group of speakers expressed their support for the Board's decision to terminate Shotwell, saying something "has to change" for the district - and that removing the top official is a good first step.

For nearly a month, WFMY News 2 has asked school leadership and Board members for an explanation. Previously, leaders told us "no reason was provided because the contract allows termination with a 90 day notice," and that they were "going in a new direction."

Monday's meeting ended around 9:30 p.m., and the Board voted to pick back up on Wednesday night starting at 6 p.m. at the central office.

None of the members offered any further details about Dr. Shotwell's termination. 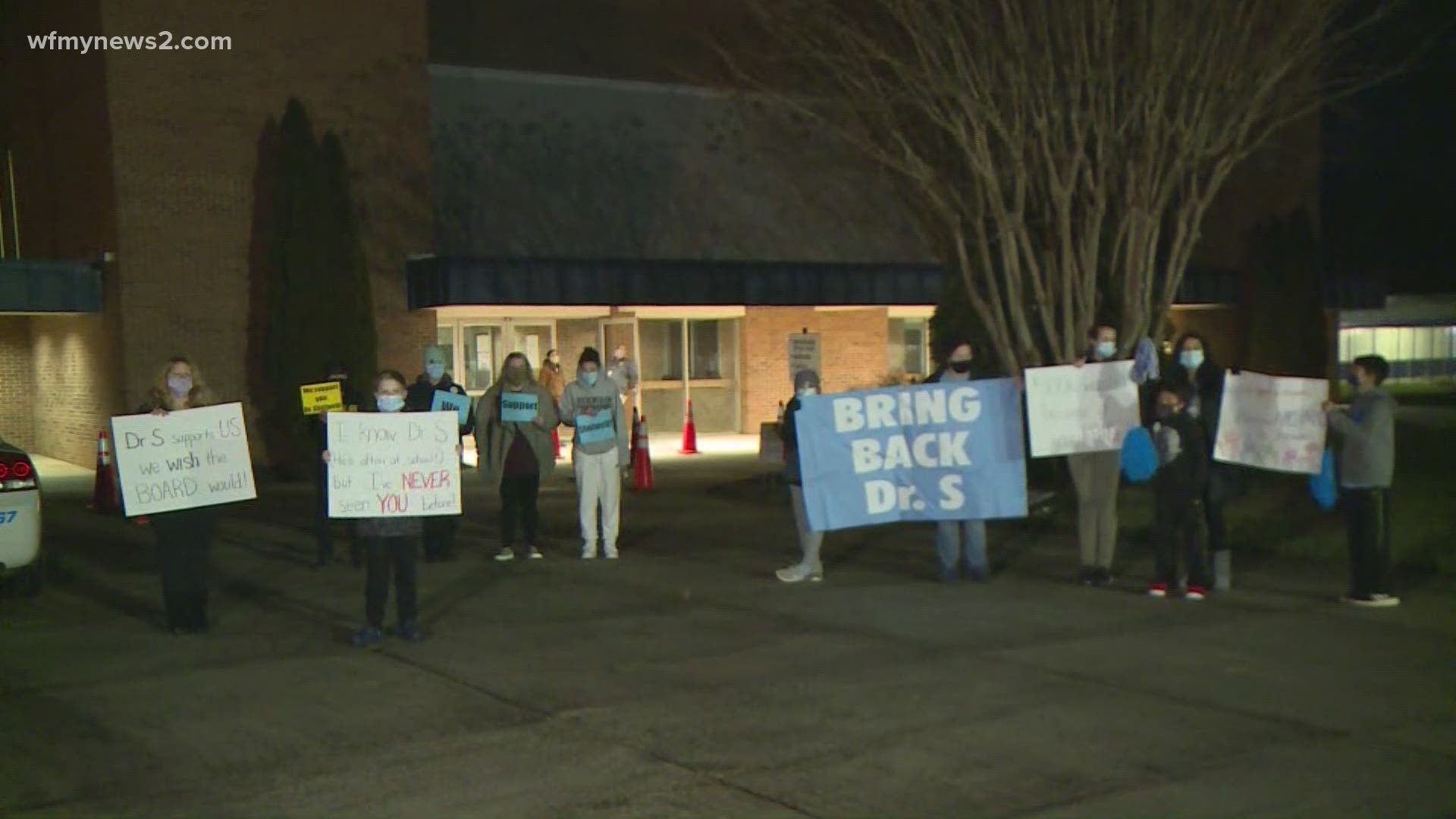 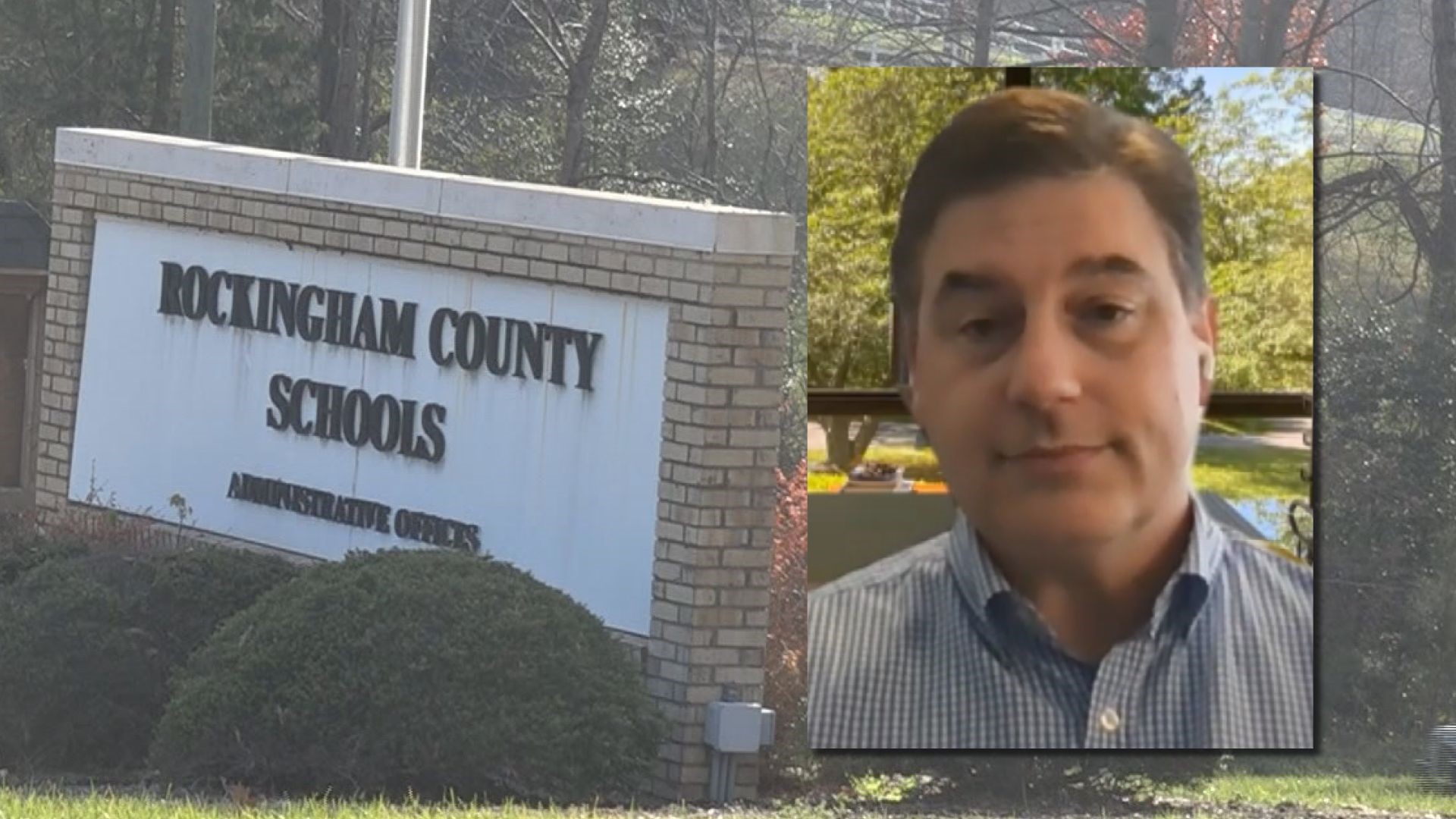