Troopers say Miguel Bahena, 30, died when his car collided with a tree on Highway 87 in Rockingham County. His three kids were taken to the hospital. 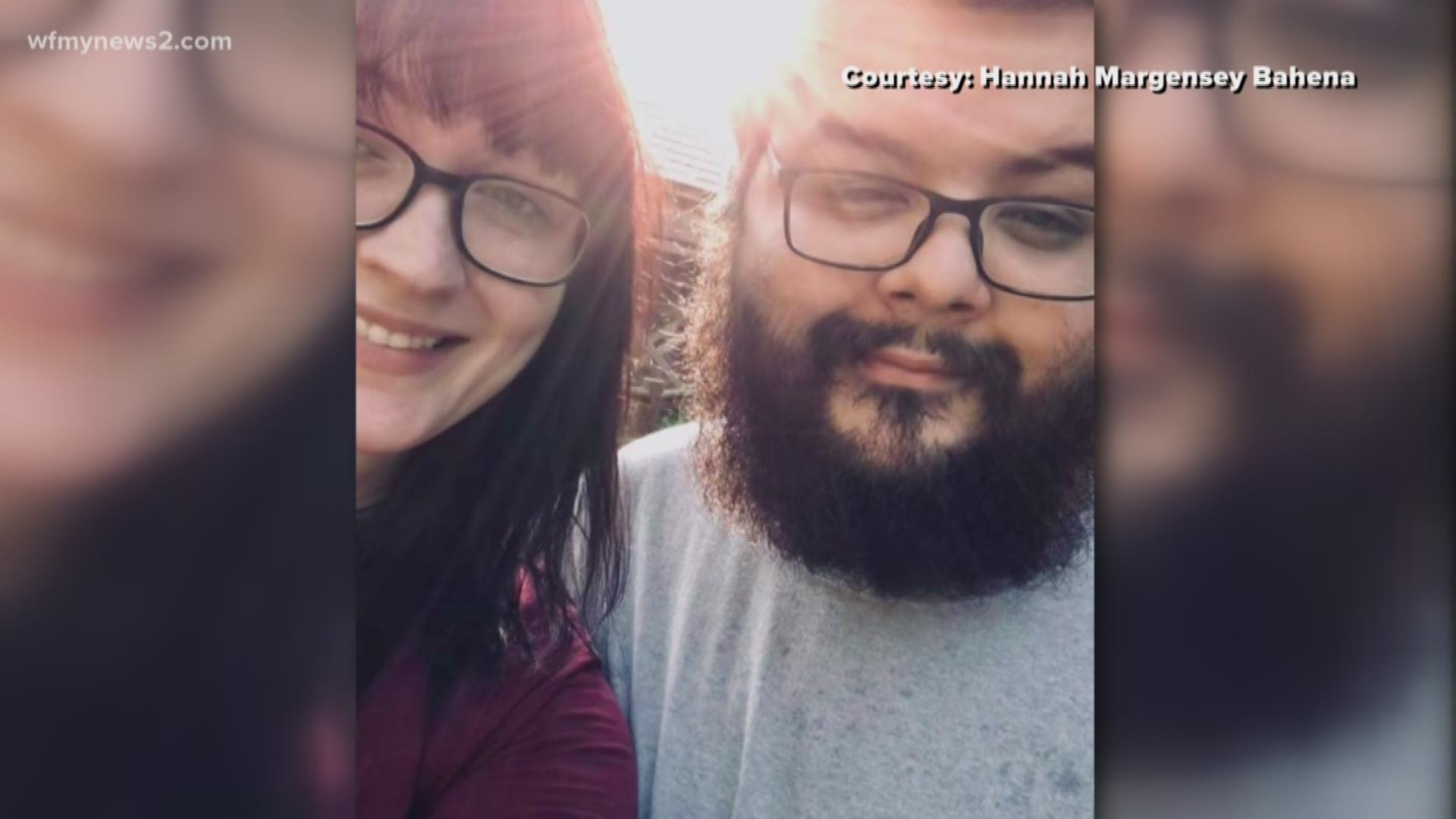 WENTWORTH, N.C. — Hannah Bahena is still in shock and trying to come to grips over the loss of her husband Miguel.

"A state trooper came and knocked on my door," said Hannah, "that’s when I found out about the accident that my kids were hurt and my husband didn't make it."

North Carolina State Highway Patrol says Miguel was driving south down Highway 87 in an SUV when he traveled off the right side of the roadway. Troopers say he then overcorrected and went left off the roadway, colliding with a tree.

Bahena died at the scene, according to police, and the three children were taken to the hospital for non-life-threatening injuries.

His wife Hannah, recounts the many emotions that went through her head.

Hannah says their son, 6-year-old Mason, had a broken arm, their 3-year-old daughter Anna's face was scraped, and 3-week-old Madison had a fractured skull.

Hannah says her children were released from the hospital Monday night.

"We had to talk to Mason yesterday about what happened to his daddy. He was asking questions. and we had to tell him," she said, "He hasn’t said much He’s been kind of quiet."

1 / 3
Hannah Margensey Bahena
Hannah Bahena is still in shock and trying to come to grips over the loss of her husband Miguel. Together the two had three children, Miguel, Mason, Anna, and Madison.

She says he turned 30-years-old just days before the crash.

"He was my soulmate, absolutely," she said, "We had planned out forever together and we were supposed to be together until we were old. I’m not supposed to be burying him at 30."

Now, this family is just asking for prayers, as they try to now overcome the emotional loss of their husband, father, son, and friend.

"Right now I’m just so lost and everything is just kind of a blur," she said, "I built my life around him."