The Rockingham County Board of Education voted to fire the superintendent after voting to bring students back to the classroom in the spring. 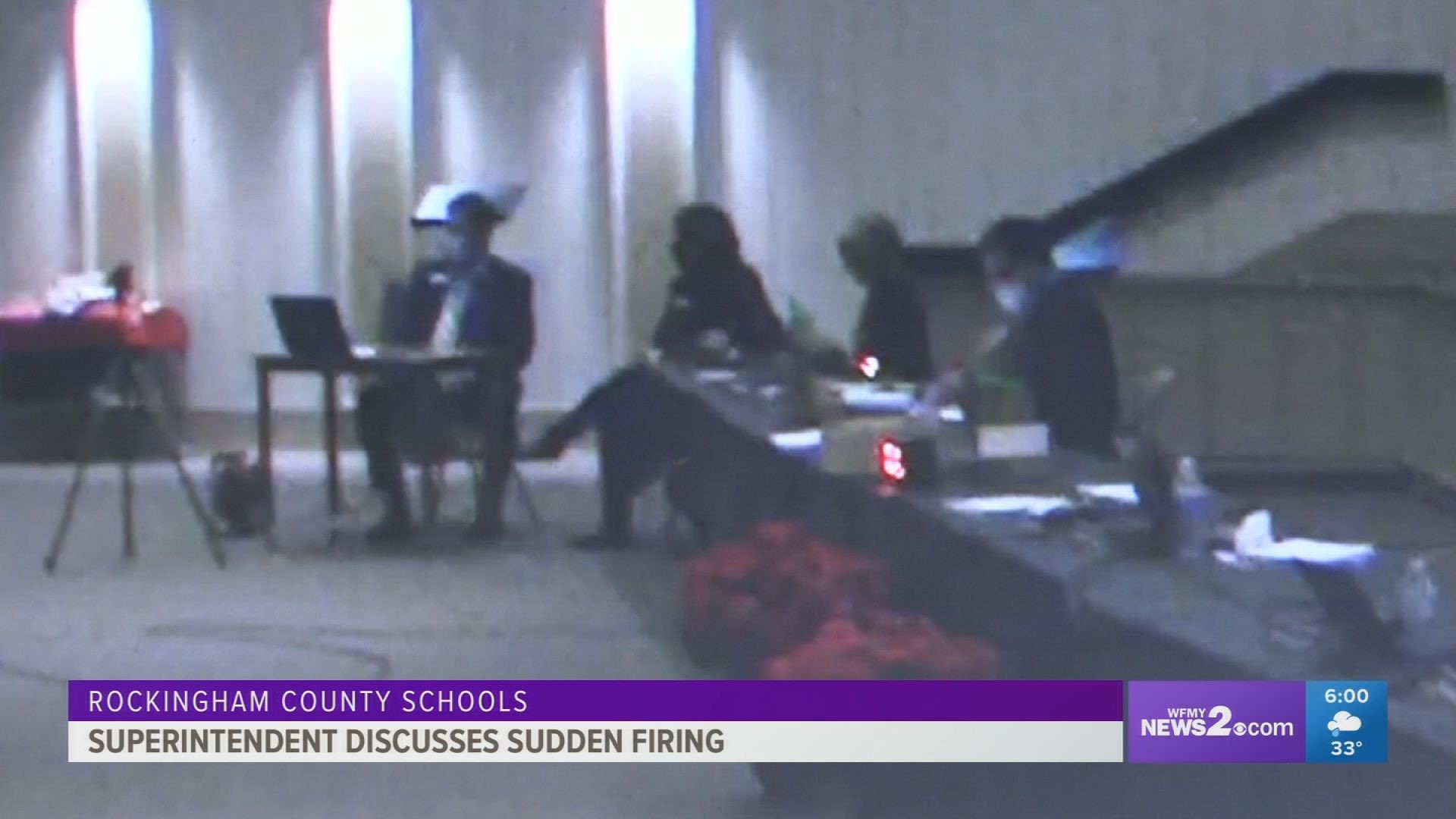 ROCKINGHAM COUNTY, N.C. — A Triad school district is looking for a new leader, and WFMY News 2 spoke to its recently fired superintendent.

The Rockingham County Schools Board of Education voted to fire its superintendent, Dr. Rodney Shotwell, at a Monday meeting.

The district declined to give an official answer for why it made that decision.

"The Board of Education voted 4-3 to terminate Dr. Shotwell’s contract," Board Chair Kimberly McMichael said via email, "No reason was provided because the contract allows termination with a 90-day notice."

Vice-Chair Vicky Alston was one of the four members who voted in favor of firing Shotwell. She told WFMY News 2's Grace Holland it was a closed vote and the board is going in a new direction.

WFMY News 2 also reached out to the district's attorney for a comment and is waiting to hear back.

The decision came moments after members voted to bring students back to the classroom under Plan A.

Grades 6-12 will move to some in-person and some remote learning on rotating days.

Shotwell said he's been reflecting on the nearly 15 years he served the district since the decision was made.

"I've given it everything that I have, and we have some really good things happening here in Rockingham County Schools. Sometimes decisions like this occur and just like I said on Monday, you know, sometimes the good Lord closes one door for another one to open up," Shotwell said.

Shotwell said he is thankful for messages of support from parents and faculty he's received since the decision.

"I love my teachers and I love my parents and students that are here and it's nice to know that they feel it too," Shotwell said, "There's been so many people involved in planning for people to come back to school that it's much greater than me."

He looks forward to seeing students return to the classroom in his final months on the job.

"There was not a playbook for this, so really since March, this has been a learning experience for all of us," Shotwell said, "But the other thing I would say is that I'm looking forward to seeing those kids walk off those school buses and going back into their classrooms."

Shotwell will leave his role as superintendent in March.