'A spinning cloud of mist' | Ronda residents clean up after tornado

Several homes and buildings were damaged. 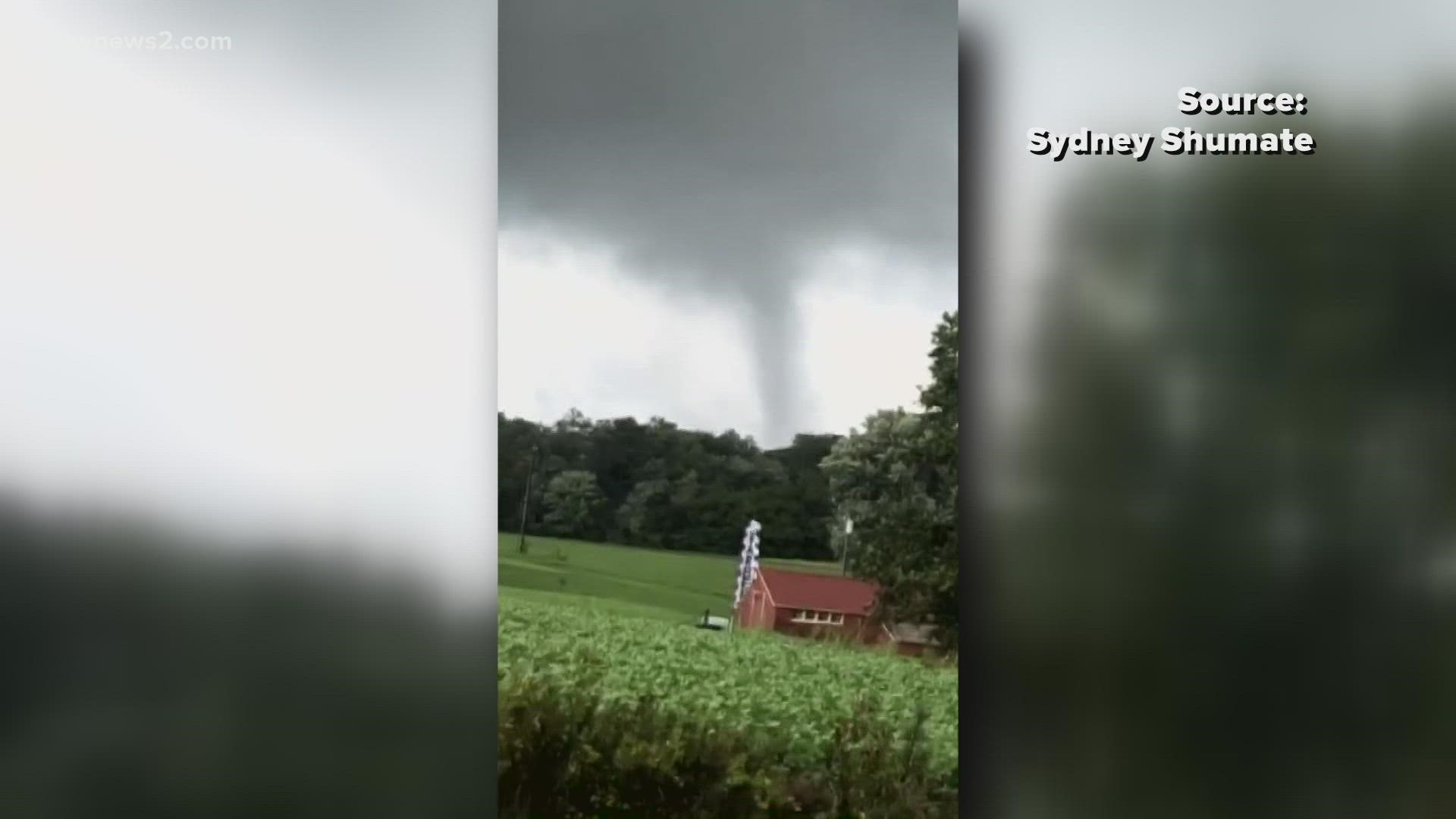 Sydney Shumate captured video of the tornado touching down near her home.

"It just picked up, like a tornado started forming, and then it went away, and then it formed again, and a piece of metal flew through the air," Shumate said.

Along that path was Joshua Dowell's home. He, along with his wife, two children, and some neighbors, sheltered inside.

"I thought the storm had passed us, so me and my wife came out and we probably got to where that chair is right there and that tornado was right there at the fence line, so we ran back inside and got into our safe spot and it sounded like a train came through for probably 45 seconds," Dowell said.

Afterward, he found his yard furniture scattered and his trampoline thrown more than 50 yards from where it sat.

Also in the tornado's path was a neighbor's barn that was torn to pieces. The owner said he had been hoping to renovate it.

Just down the road, some siding of a home was taken off.

The clean-up is just beginning, but there is relief with Ronda residents that the damage isn't worse.