HPD Chief Art Acevedo said an investigation will determine if the accused shooter used special ammunition and if the bulletproof vest performed to specifications. 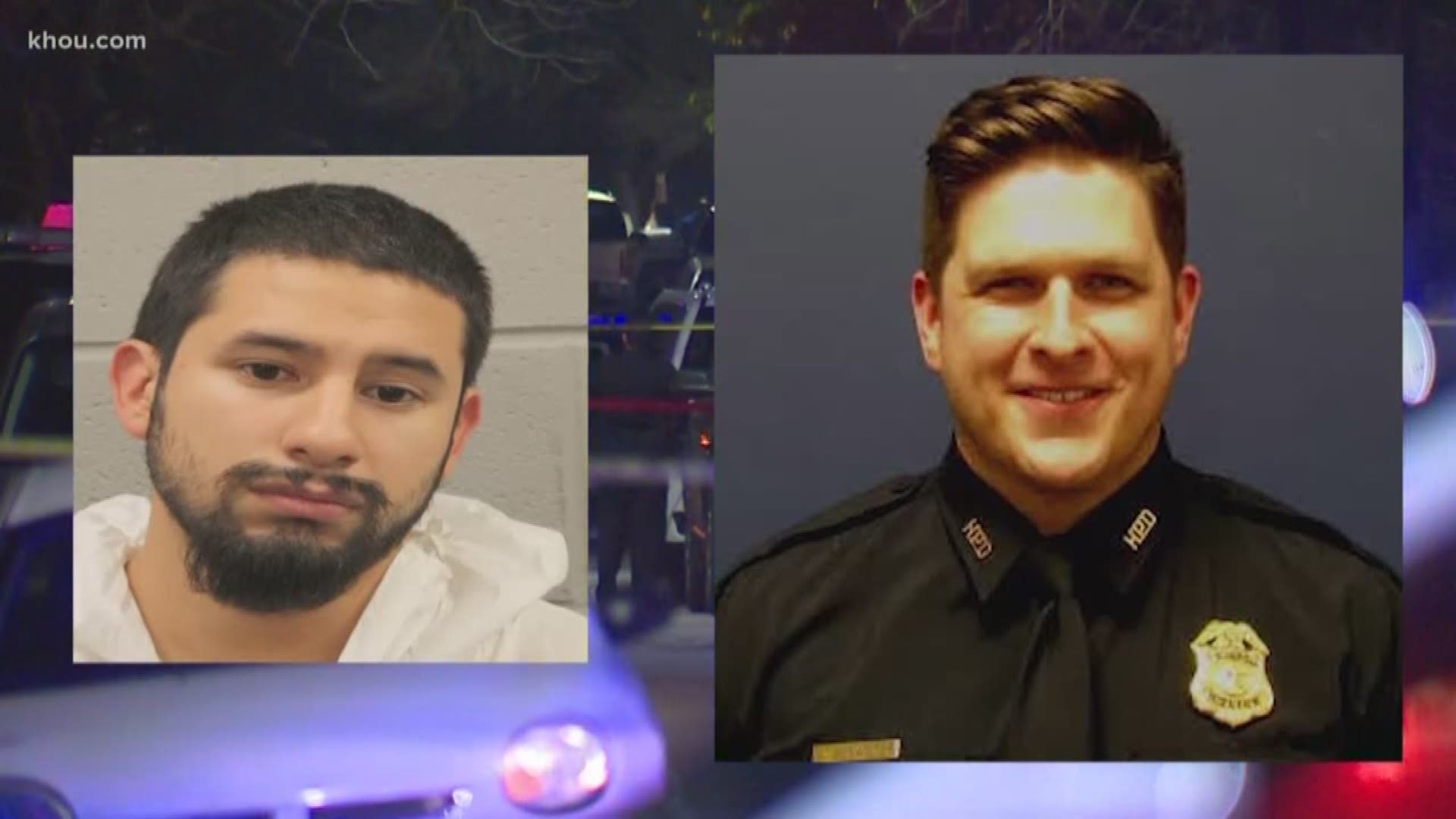 Acevedo said the discovery will prompt an investigation into the ammunition used by the suspect, identified as 25-year-old Arturo Solis, to see if it was designed to penetrate ballistic vests, Acevedo said.

The vest will also be examined to determine if it performed to the manufacturer's specifications.

Police said Brewster, 32, was investigating a domestic disturbance report when he was shot by Solis around 6 p.m. in the 7400 block of Ave L.

Authorities failed to find Solis and the woman who reported the domestic disturbance at a nearby residence, but Solis opened fire on Brewster when the sergeant approached them on the street about three blocks away.

Even though Brewster was fatally wounded, he called and reported the shooting, allowing other officers to contain the area.

Acevedo said Solis ran from the shooting scene and was seen jumping fences. He was apprehended a short time later.

Brewster was pronounced dead around 6:30 p.m. He leaves behind a wife, his parents and sisters. He joined HPD in 2010 and was promoted to sergeant in February.

Authorities said Solis admitted to shooting Brewster in order to avoid going to jail. He also said he would have shot anyone else in his path, according to authorities. According to investigators, Solis admitted to shooting Brewster despite the fact that Brewster was not threatening, did not have his weapon drawn and was waving both of his hands in the air.

Solis is charged with capital murder.

Solis’ defense attorneys say their client has a history of mental illness.

“We know our client has a history of mental illness, that is where we are going to start,” the attorney said outside the courtroom. “The obvious question to us becomes, how does a mentally ill person with a prior domestic violence conviction get a handgun, so we’ll be looking at that, OK. That’s really a problem for us and we want to see where there was a breakdown in the system.“