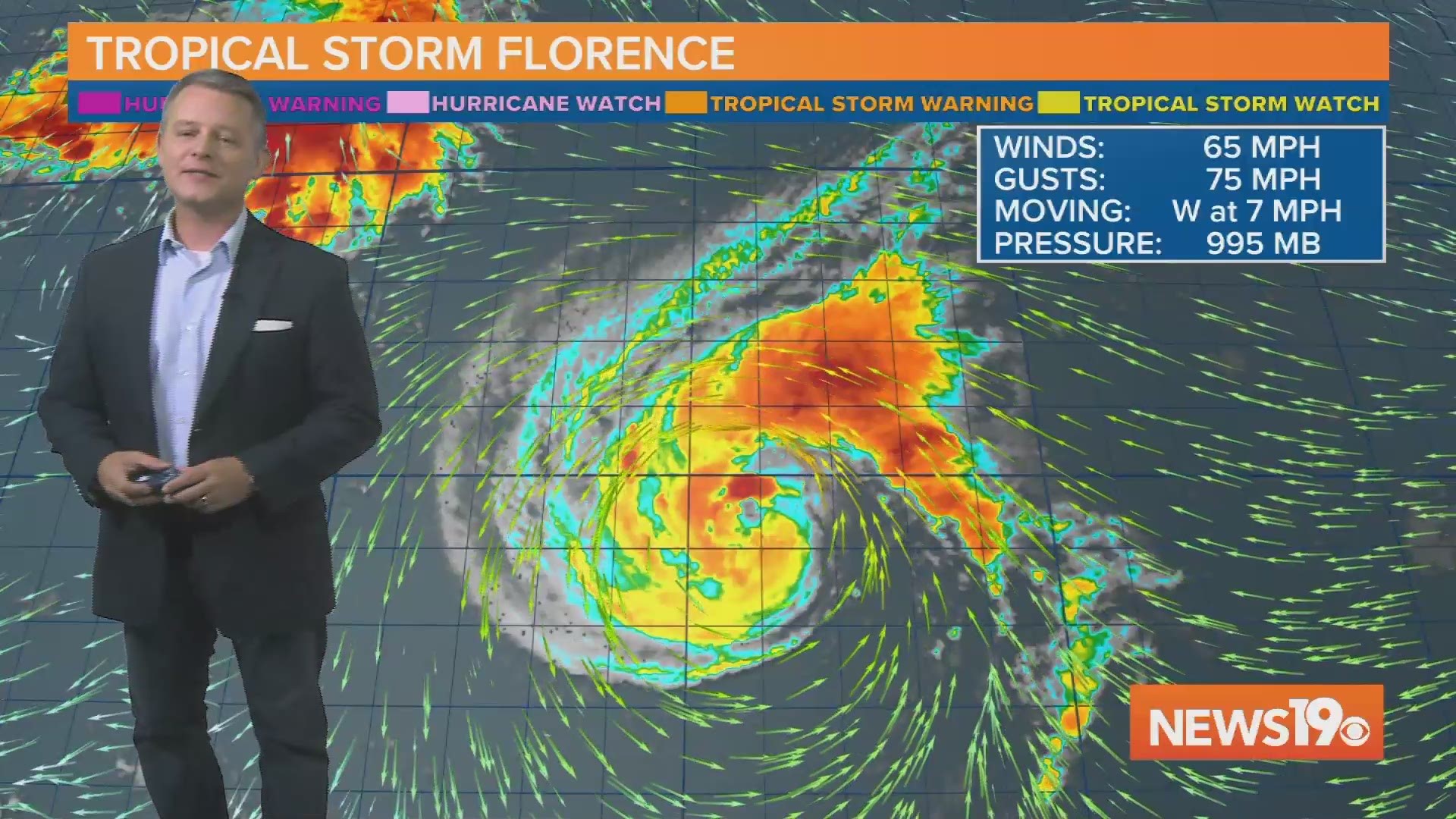 West Columbia, SC (WLTX) - South Carolina Governor Henry McMaster has declared a state of emergency due to the possible threat from Tropical Storm Florence. McMaster announced the decision at a briefing Saturday afternoon at the state's emergency operations center in West Columbia.

The order went into effect at noon Saturday. A state of emergency does not mean a disaster is imminent in a state. In short, what it does is put all state agencies at a higher level of alert and readiness, and begins the activation of state resources if needed, including the South Carolina National Guard.

"This is not an evacuation, this is not an order to do anything," McMaster said. "It allow our agencies to begin mobilizing their assets to get them down to the coast to get ready if and when the hurricane arrives."

However, SC Emergency Management Division Director Kim Stenson says the storm has the potential to be a full state event, not just something that affects the coast.

Currently, Florence is still well off the coast of the United States. It's a tropical storm, but it's expected to strengthen to a major hurricane over the next few days. The consensus track from the National Hurricane Center increasingly is showing a likelihood of a landfall along the southeast United States coast. The current "cone of uncertainty" now includes the entire South Carolina shoreline. If the storm comes to the state, it would happen by the end of the workweek, either Thursday or Friday. But again, that timeframe could change.

Currently, no watches or warnings are in effect for the state's coastline, but that could change in the coming days.

Review the South Carolina Emergency Management Division's checklist for preparation. Again, no need to panic and run out and buy things at the grocery store. But it's just good to go ahead and look at it. There are a ton of good resources there.