Does Bigfoot live in the Uwharrie National Forest? A local investigator believes he has seen the elusive creature and is on a mission to prove the legend is real. 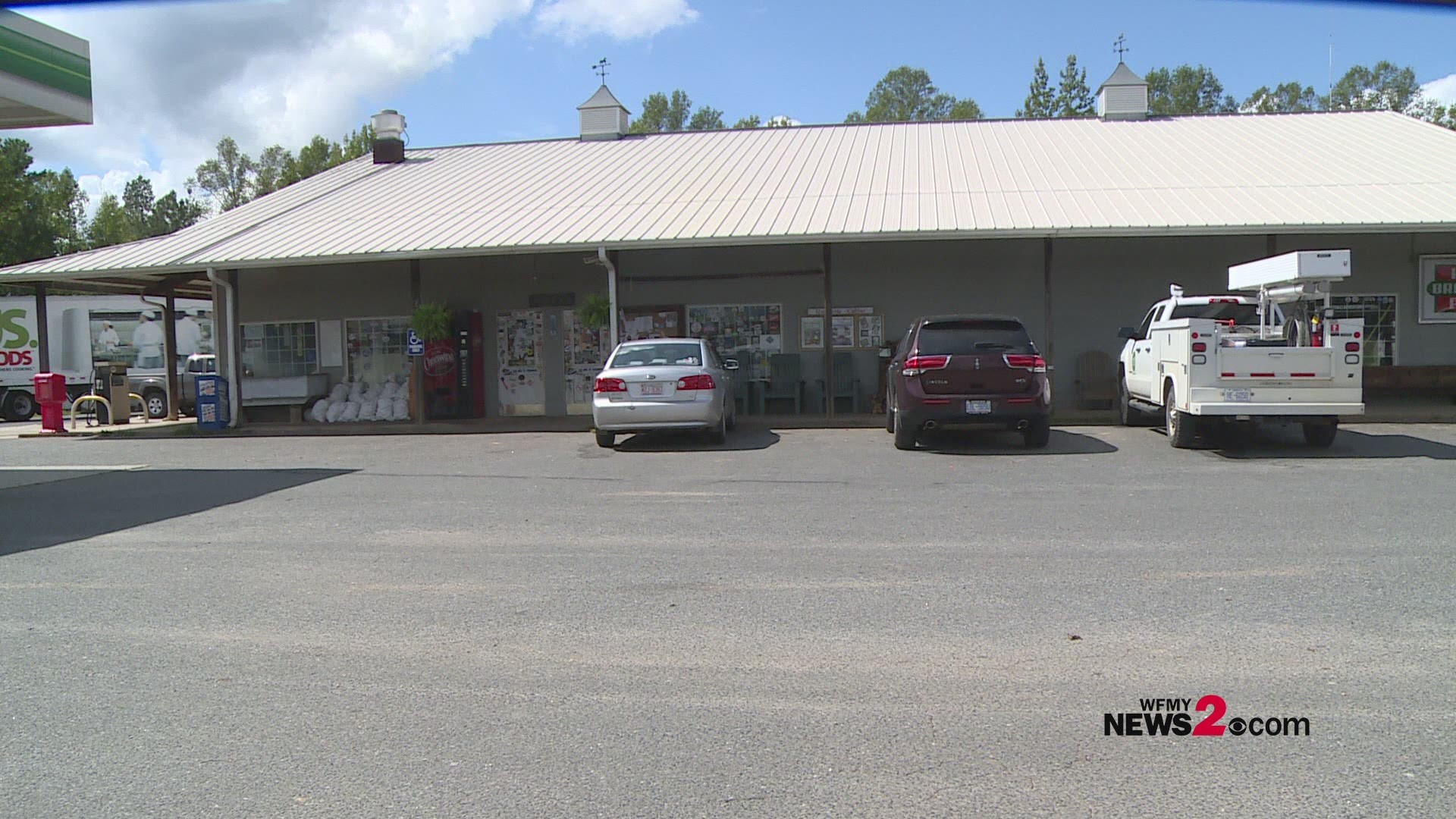 TROY, NC (WFMY) -- Follow the footsteps of a North Carolina legend. They'll lead to dead ends, revealing more questions than answers in a mystery that has stumped even naysayers for centuries -- the search for Sasquatch.

That quest for clues often takes Bigfoot enthusiasts to Montgomery County. Nestled in the wilderness is an outlier on the outskirts of civilization -- the Eldorado Outpost.

The Eldorado Outpost in Montgomery County is where Bigfoot enthusiasts converge before seeking sasquatch in the Uhwarrie National Forest.

Step inside this local fixture, and a visitor will find anything an adventurer needs -- and a need to know the truth.

"I was quite surprised there was a research team in the Uwharrie (National Forest) looking for Bigfoot," said Outpost owner Chris Cagle.

The store is outfitted with Sasquatch souvenirs -- from statues, to bumper stickers, to t-shirts.

The Eldorado Outpost is outfitted with Bigfoot souvenirs.

"Over the years, we've had several customers who brought their own ideas and submitted ideas and created different designs for us -- even naming him U.W Harrie instead of Uwharrie," Cagle laughed.

That's because the Outpost is in Bigfoot country.

"After that footage came out, it certainly put this region of North Carolina on the map."

Cagle's referring to the now-viral Squeaky Thermal footage, appearing to show a big creature peering into a campsite near the outpost. The man who captured it is a self-described avid camper-turned Bigfoot investigator.

"It was the best night of my life, I guess!" recalled Michael Green.

"I'll be unabashedly stupid and say yeah, I really do have the right credentials for this," he admitted.

"It's like seeing an angel or something. You really have to see it for yourself. And no matter how many times I look you in the eye and say, 'I saw Bigfoot!' you're going to say yeah, right."

Almost every week, Greene stops by the Outpost to grab Bigfoot bait -- a Zagnut bar or some peanut butter -- and sets out to hunt the world's most elusive creature in the more than 50,000 acres of the Uwharrie National Forest.

Greene showed WFMY News 2's Meghann Mollerus the spot where he had his first encounter.

Greene shows Meghann Mollerus the spot where he believes he encountered Bigfoot.

"Next thing I heard was this {leaves rustling}. Two seconds later, it was right over my tent - RAWR! RAWR! - and that wasn't nearly as loud as it as. Scared the devil out of me, as you can imagine," Greene recalled.

Two nights later, he was at the camp table with friends when he saw something in the woods.

"And right down there was a Bigfoot walking from right to left. I guessed from the measurements comparing it with trees, it was seven and a half or eight feet tall and striding with that ponderous arm swing," he demonstrated.

But that time, his camera wasn't recording.

"Biggest mistake of my life, really."

He came back and camped out every week after for a second chance at hard proof. He had help from his Bigfoot mobile, which is equipped with a cot, monitors and numerous cameras -- both night vision and thermal.

"Since the 'squatches are supposedly sensitive to infrared, at night I use thermal imagers."

In 2009, he finally got the video. He calls it the Squeaky Thermal, since he believes the creatures like to play with squeaky dog toys. Nearly three minutes into his footage, the viewer sees a figure in white -- appearing to grab Greene's candy bar before retreating in the woods.

Greene's "Squeaky Thermal" video appears to show a figure in white grabbing his candy bar before retreating in the woods.

Supposed sightings like this stump even the Montgomery County Senior Wildlife Resources officer Darby Enoch, who knows these woods.

"I've had several calls over the past few years of Bigfoot sightings or Sasquatch sightings but again, no documented evidence," Enoch said.

And, he has found no footprints, though Greene blames that mystery on the forest's hard turf. How, though, does he explain the lack of physical evidence -- like a Bigfoot body?

"How many skeletons of a mountain lion have you found...? Once in a while, you'll see one of a deer but seldom. Skeletons don't last long out in the woods. Nature takes care of things very quickly, and if there aren't many things to take care of like Squatches, they can vanish rather quickly," Greene speculated.

RELATED: The hunt for Bigfoot: 'I do believe it's a living, breathing, blood flowing animal'

Greene said he doesn't care whether anyone reading or watching this story thinks he isn't being realistic about his experience or expectations.

"I don't care. I know what I saw. I don't care if anyone thinks I'm crazy. But, by God, I'm gonna prove it one way or another. And, well, I just hope I can prove I'm right before I die."

And he hopes to squash Sasquatch doubt...once and for all.