The boa constrictor named Abaddon has been found after days of searching for the pet snake. 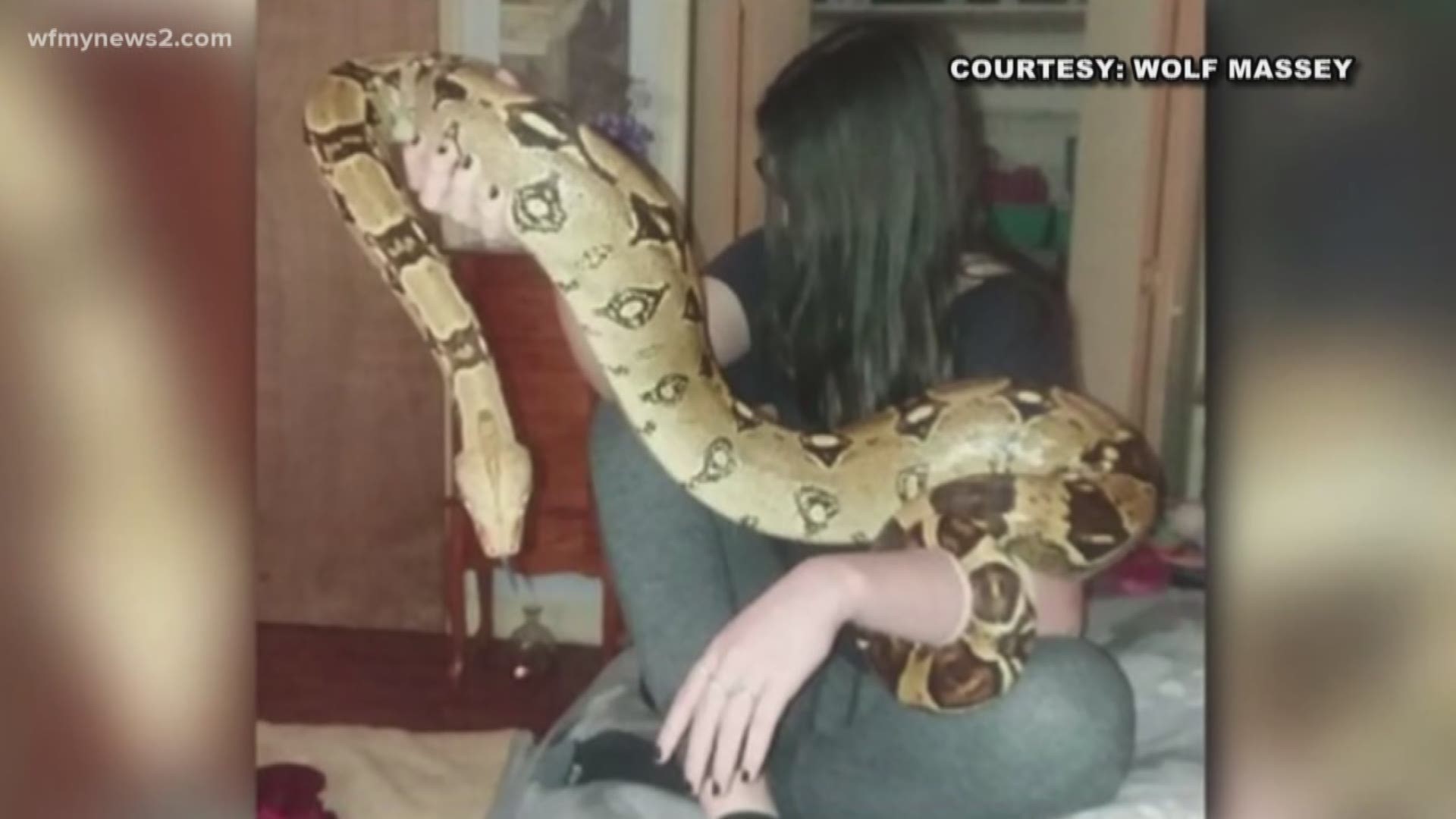 UPDATE: A 7-foot-long boa constrictor has been found. The snake named, “Abaddon” was found near the outside deck of her grandparent’s house where the snake went missing.

BURLINGTON, N.C. -- A 7-foot-long pet Boa Constrictor Imperator is missing from her enclosure at her home in Burlington.

"She's my pet and she means the world to me," says Wolf Massey, the snake's owner.

The pet snake named, “Abaddon” is 7-foot-long and weighs 28 lbs. She went missing from her home in the Willow Oak Drive area in Burlington. She is non-venomous (not poisonous). Massey says she mistakenly left the enclosure unlocked. Animal Services said it’s likely she’s near her home.

Massey has talked to her neighbors and wants people to be on the lookout, but not be afraid.

"I've had people saying things like she would make a nice pair of boots and it's so upsetting to me because imagine losing your dog and somebody just because they're afraid of it saying it should be euthanized."

Massey has also had a lot of positive feedback, too. She says several people including Animal Services have come out to help look for Abaddon.

"If you see her, don't try to provoke her," Massey says. "Just like a lost dog would be, she is scared. She's outside. She's never been outside. She's a captive born, bred and raised animal."

Animal Services and other snake experts WFMY News 2 has spoken to confirm the snake shouldn't be mean or aggressive toward a person unless provoked. Boa constrictors typically eat smaller animals like rodents, so folks should keep an eye out on their smaller pets like small dogs, cats and rabbits that are smaller than 10 pounds.

"This is a pet and she's not aggressive," explains Jessica Arias, Animal Services Director for the City of Burlington. "She's very friendly and used to being handled. She's lived all her life in a house and she's most importantly not poisonous either."

Arias explains it's perfectly legal to have a pet boa constrictor in North Carolina and it's more common than people think.

If you do see Abaddon, don't try to capture or attack her. You can call Animal Services for help.