According to the Guilford County Sheriff's Office, a report that was issued on August 11 by the NCDHHS was incorrect. 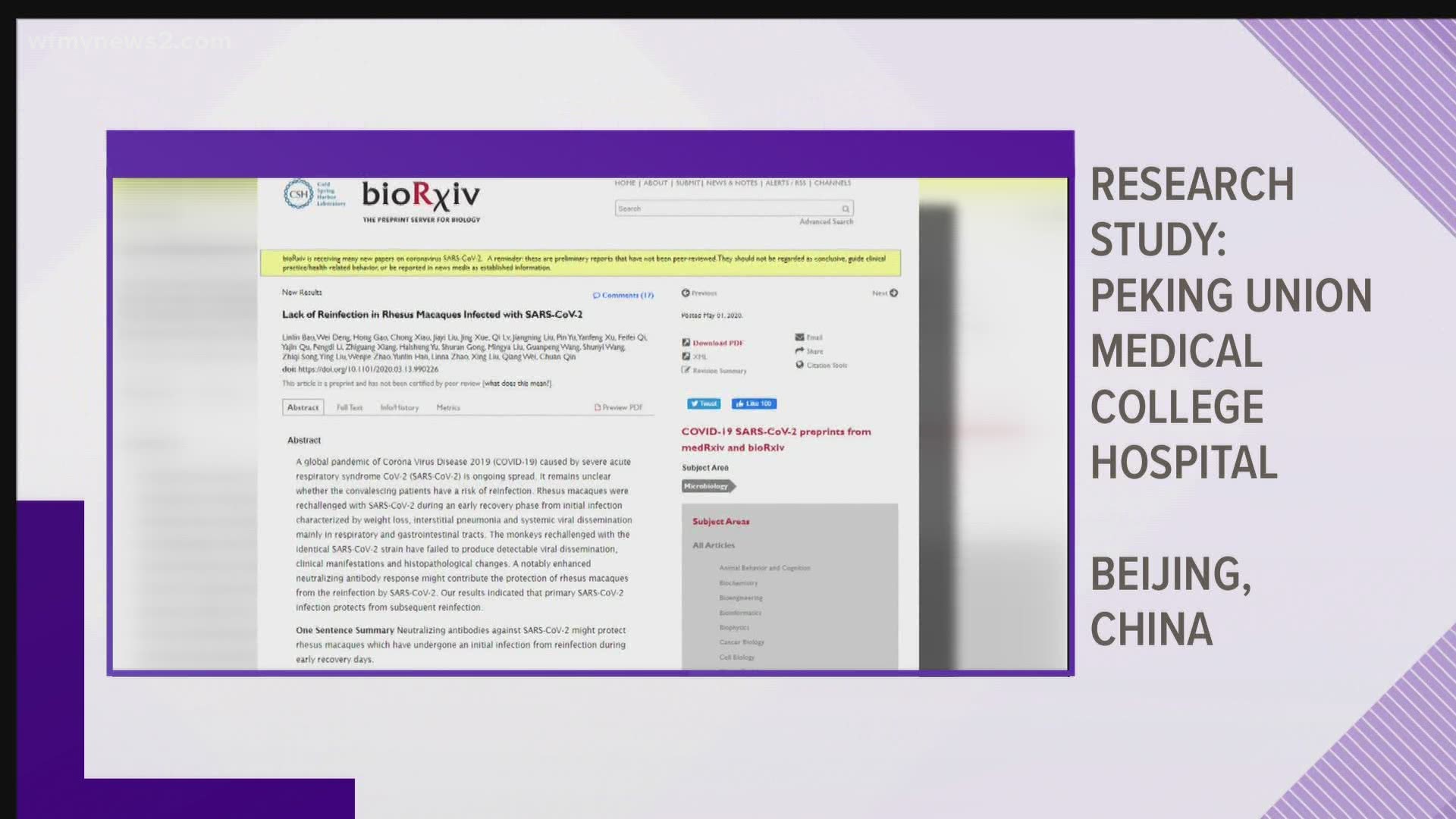 (Editor's Note: Attached video is from a previous story.)

Sheriff Rogers confirmed that the information was not accurate and according to a release, no inmates in the Greensboro or High Point Jails have tested positive for COVID-19 at any time since the pandemic began.

An investigation by the Sheriff’s Office and Guilford County Public Health Department indicated that all six of the Sheriff’s employees contracted the virus outside the workplace.

All of the officers were provided with paid leave and sent home to comply with quarantine protocols that release stated.

According to the release, the part-time officer in High Point and the two officers assigned to non-jail duties had no contact with inmates or other detention officers at the time they might have been infectious and posed no health risk to other inmates and employees.

However, the remaining three officers at the Greensboro Jail did have contact with inmates or fellow officers during the time they might have been infectious the release stated.

As a result, the County Health Department performed contact tracing to identify those inmates and fellow officers who could have been exposed.