Sign About 'Sagging Pants' Ordinance, Fine In Ga Gets Reaction On Social Media

The sign is real and the ordinance is real. 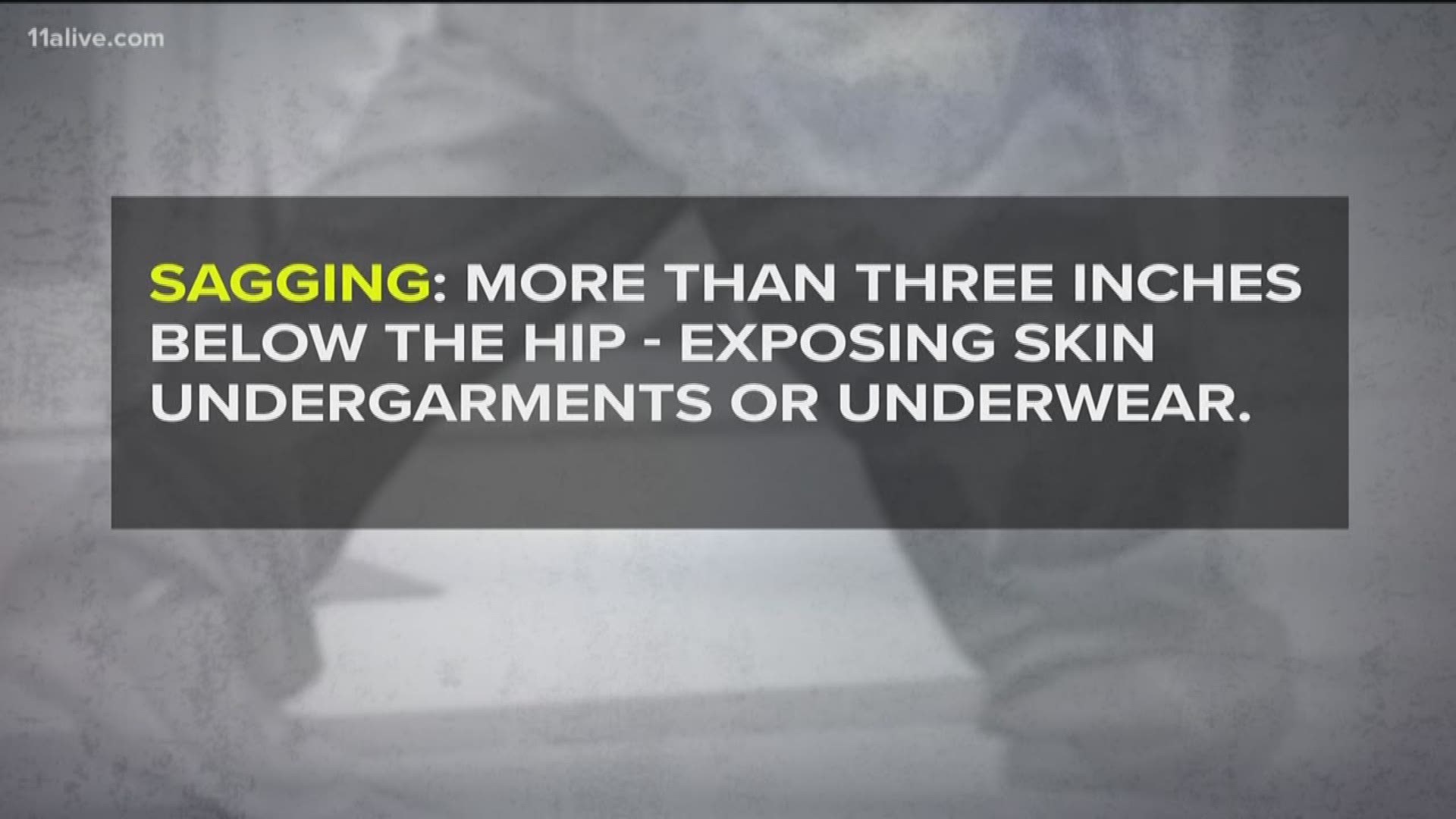 JONESBORO, Ga. - The city of Jonesboro is not playing around with people who chose to sag their pants in public.

The city approved an ordinance that now is displayed on a sign inside the courthouse that blew up on social media.

The sign, located inside the Clayton County Courthouse on Tara Boulevard, reads, “any person wearing sagging or low riding pants can be criminally charged.”

This lead 11Alive on a quest to find out how and why this dress code is being enforced.

“At first contact, it’s a simple warning, ‘Hey, we have the ordinance. Pull up your pants,’” Jonesboro Police Chief Franklin Allen said. “If I run into again and you refuse to pull your pants up, of course, a citation could be issued.”

The ordinance has been around since 2011 and in 2017 only five people were fined. So far this year, no one has been fined. If you are caught, the fine could be no more than $480.

The ordinance defines sagging as “more than three inches below the hip – exposing skin undergarments or underwear.”

The City Manager said this dress code sets a great standard for the community.

“Elementary, middle, and high school, the importance of presenting yourself as a professional,” Jonesboro City Manager Ricky Clark said. “When you go in for these interviews. The first thing the interviewer is going to look at is the way that you look.”

11Alive’s Kaitlyn Ross originally posted a picture of the sign to her Facebook page and there was quite a response.

Some of the comments from viewers ranged from, "good luck enforcing this" to "it's a shame this has to be an ordinance in the first place."

Then there are the few regaling their experiences with sagging pants - good or bad. Mostly bad.