The board rejected a UNC-Chapel Hill plan that proposes putting the statue in a new $5.3 million building on campus. 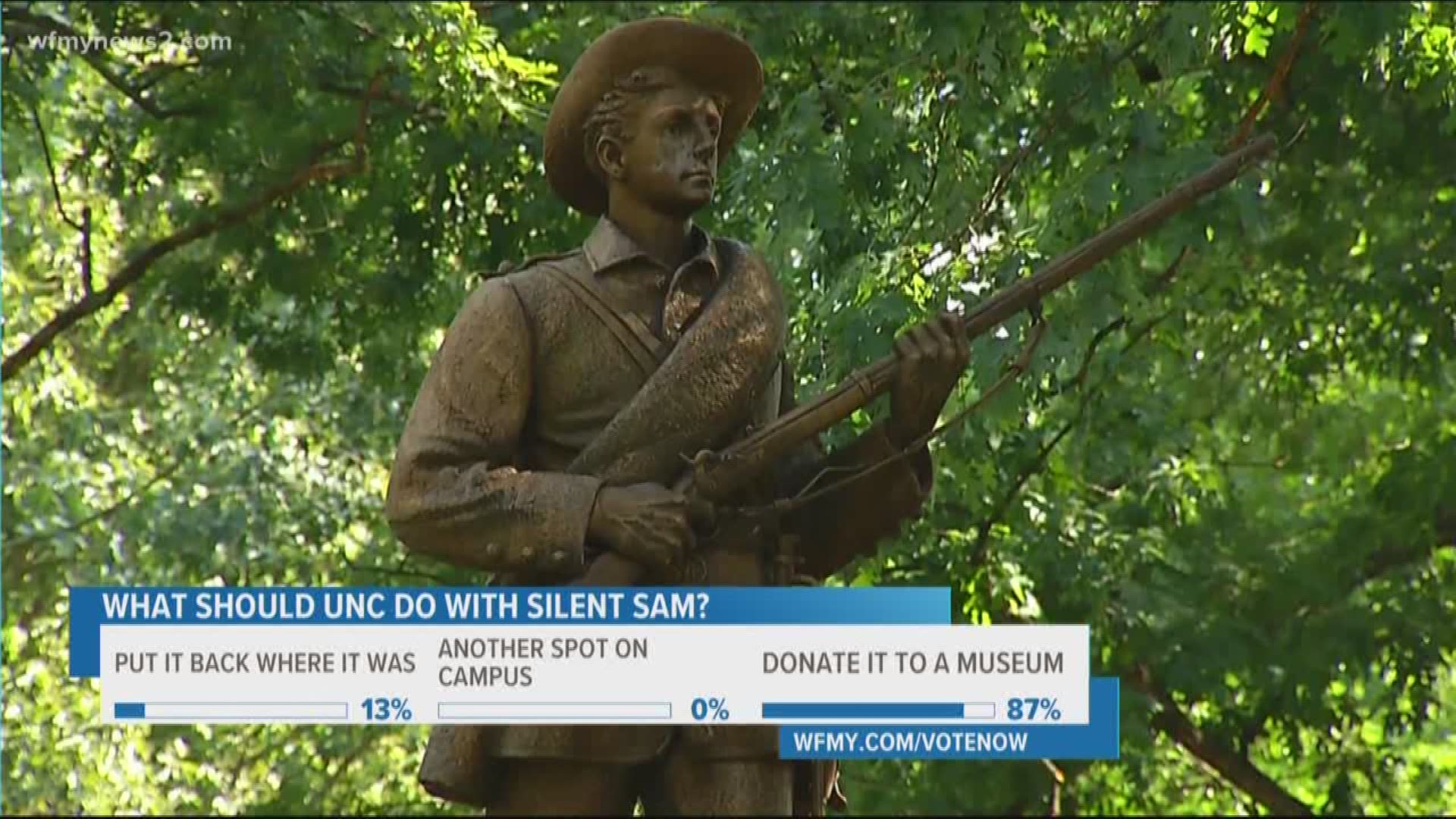 CHAPEL HILL, N.C.(WFMY) - — CHAPEL HILL, N.C. (WNCN/AP) - The Board of Governors of the University of North Carolina at Chapel Hill announced Friday that they do not support the UNC-Chapel Hill Board of Trustees’ recommendation regarding future plans for "Silent Sam."

The board rejected a UNC-Chapel Hill plan that proposes putting the statue in a new $5.3 million building on campus.

Earlier in the day, protesters gathered outside the UNC Center for School Leadership Development, chanting "Hey, hey, ho, ho! Silent Sam has got to go!"

A CBS 17 crew witnessed one protestor being detained by law enforcement. He was charged with obstruction and resisting arrest, officials confirmed to CBS 17.

UNC Chancellor Carol Folt released the plan on Dec. 3 - more than two weeks after the original deadline to determine the fate of "Silent Sam."

The Board of Governors granted a deadline extension. Board Chairman Harry Smith called the request for more time to consider options "fair," saying the issue is "more complex than any of us thought."

UNC said their preference was to move the statue off campus, but they're bound by a state law that requires them to put the statue back in a similar location. Because of that, the school says they plan to spend $5.3 million on a new development in "Odum Village" where the statue will be housed.

The school spent more than $400,000 on security for Silent Sam last year.

The new building in the now-rejected plan was expected to be finished by mid-2022 and would have cost more than $800,000 per year to operate, officials said.

Protesters toppled the 105-year-old bronze statue of a Confederate soldier in August. It is currently stored at a secret location.