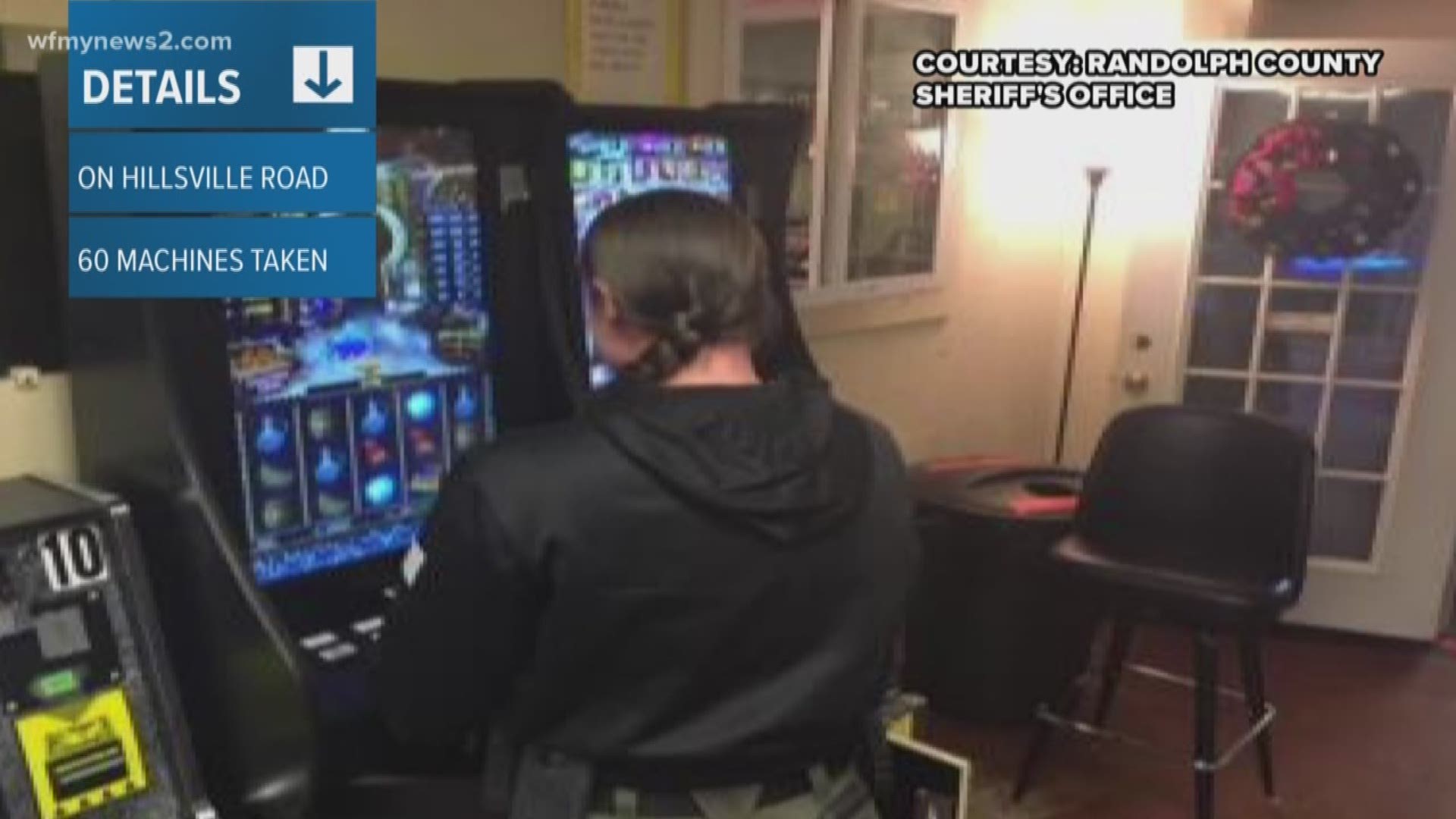 RANDOLPH COUNTY, N.C. — Editor's note: The attached video is from a 2019 story when Randolph County deputies busted an illegal casino in Trinity.

The sheriff's office said federal and state authorities helped in the two-day operation.

Investigators learned that customers were given cash payouts for credits won on the machines and businesses were conducting or promoting sweepstakes through entertaining displays, all of which are illegal in North Carolina.

The six locations were:

The sheriff's office said several people have been found guilty of running illegal slot machines in Randolph County this year.

"A huge problem with these types of businesses is that they attract more crime into the area such as assaults, rapes and larcenies. My job as Sheriff is to protect our citizens from crime and illegal activity and I plan to do just that," Randolph County Sheriff Seabolt said.

The investigation is ongoing and criminal charges are forthcoming.