Horry County Sheriff's Office spokeswoman Brooke Holden told The Associated Press that guardsmen allowed deputies to drive around a barrier the night of September 18 because they were in a law enforcement vehicle. 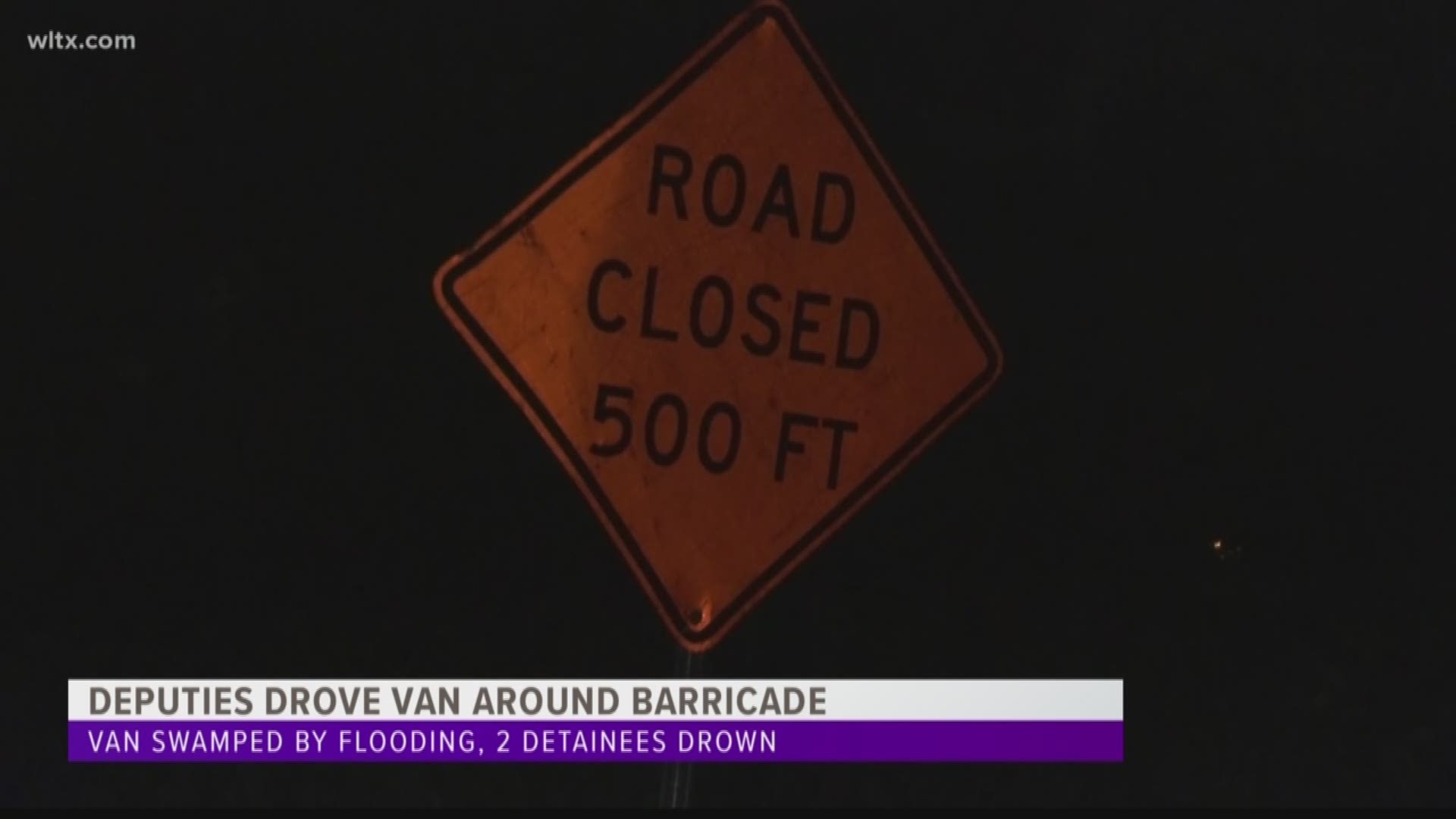 Horry County, SC (CBS/AP) -- South Carolina deputies drove a transport van around a barricade blocking a flooded road shortly before two women being taken to a mental health facility drowned inside. They were waved through by National Guardsmen, authorities said Thursday.

Related: Deputies on Leave After Women Drown in Their Van in SC Floodwaters

Horry County Sheriff's Office spokeswoman Brooke Holden told The Associated Press that guardsmen allowed deputies to drive around a barrier the night of September 18 because they were in a law enforcement vehicle.

"It was waved through by the National Guardsmen," Holden said. "Because the van was a Horry County Sheriff's Office law enforcement vehicle that is the main reason why it fell under that order."

State police opened an inquiry after the women's deaths on a flooded Marion County road. Deputies were transporting the patients as part of a court order as flood waters rose in the area from heavy rains unleashed by Florence. The powerful tropical system smashed into the Southeast seacoast as a hurricane September 14, triggering severe flooding.

The two deputies worked to free the women, Wendy Newton, 45, and Nicolette Green, 43, who were in the back of the van, Horry County Sheriff Phillip Thompson has said. They were unable to save them.

Rescue crews needed about 45 minutes to find the van, which was underwater at that point. They plucked the Horry County deputies from the roof, the sheriff said.

Officials said the van was in Marion County near the Little Pee Dee River, one of the bodies of water state officials had watched closely after Florence.

The deputies have been placed on leave, and Thompson is also conducting an internal investigation.

"We want those who are responsible to be held accountable," Green's family said in a statement to WLTX. "These women were not inmates or criminals. They were women who voluntarily sought help. They trusted the hospitals and the Sheriff Deputies with their lives and that trust was abused. We want answers."

The family said Green had three children and lost one child to cancer three years ago.

Lt. Col. Cindi King, spokeswoman for the South Carolina National Guard, said she could not comment on the incident during the ongoing state police investigation.