'Somebody hit the color switch!' | Fall color starting to show already in NC

When and where to see the best color across the state. 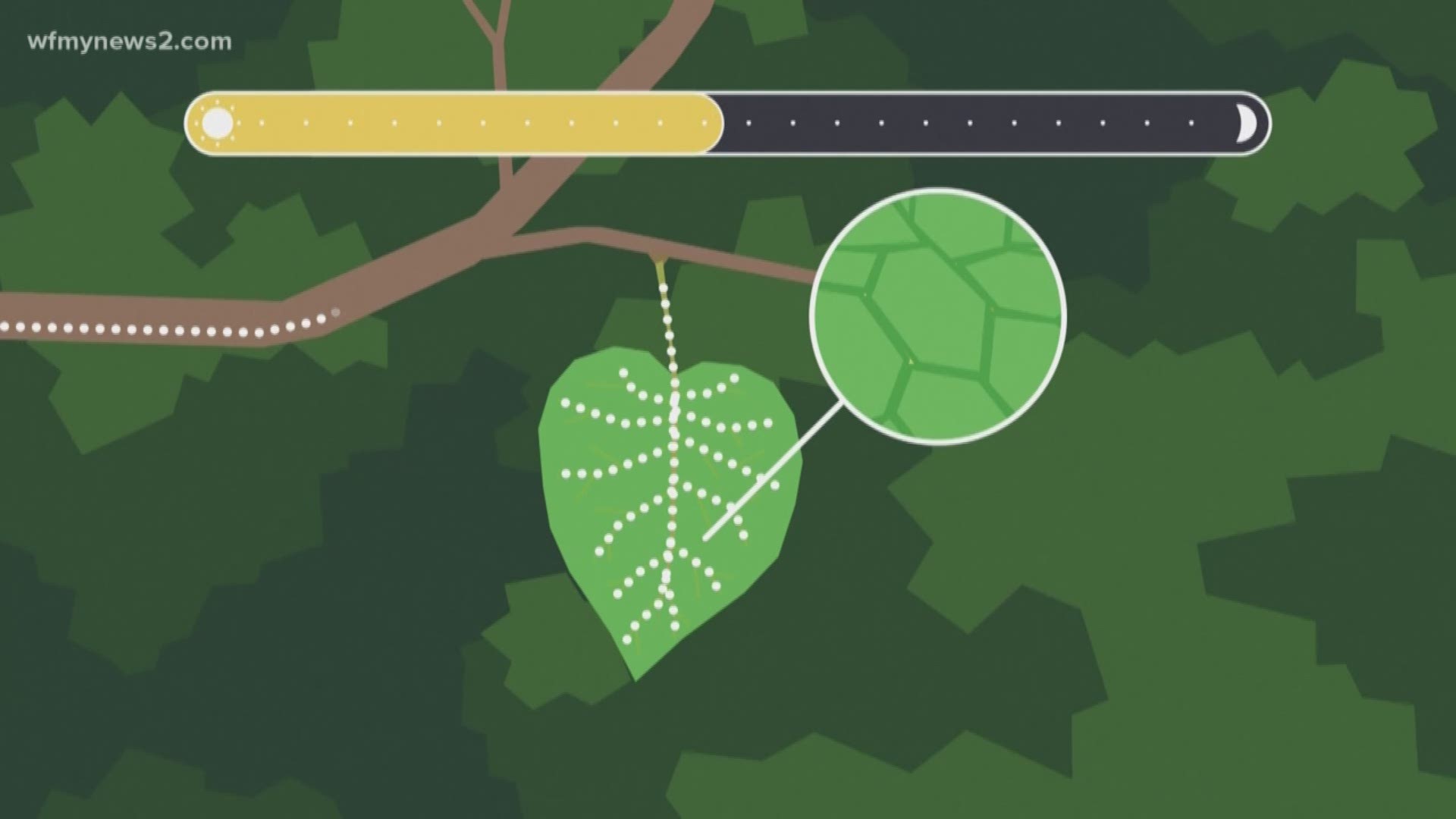 GREENSBORO, N.C. — Fall is here and the cooler temperatures and seasonal drinks aren't the only enjoyable things the season brings. North Carolina is a beautiful state especially when the colors start to pop.

We've already had some cool and crisp fall weather, even some days and nights a bit below normal for this time of the year in our area. Another shot of cool weather with chilly nights in the 40s are on the way by this weekend that will really help give an extra boost to the leaf changing process.

Colors are already popping in the mountains and seem to be running a bit early this year, jump-started by our cooler temps.

"Somebody hit the color switch this week," said Dr. Neufield at Appalachian State.

The "Fall Color Guy," as he is known, reports colors are already showing up and very noticeably, too, in the Boone and Blowing Rock area, but even a bit better at those higher elevations and peaks.

RELATED: Best Places To View The Fall Colors Along The Blue Ridge Mountains Down To The Milepost!

Even here in the Triad, low amounts of color are starting to show up in some trees which is a bit early. Neufield even made note in a recent Facebook post that running on schedule for fall colors or even early is something we haven't done in quite a while.

Last year you may remember, our leaves ran way behind schedule due to a pretty big heatwave.

Credit: WFMY
The Triad was still in the 90s in October.

Fall of 2019 felt like the opposite of fall. This is just a snapshot of the heatwave we had well into the middle of the season. The Triad was still seeing 90s into October which sort of "fooled" the leaves. By the time it finally got cool, most of the leaves had already fallen off the trees making for a really late and dull fall color season.

Early to Mid-October: Still in the mountains, but more widespread in color in slightly lower elevations, places like Boone and Blowing Rock tend to see good color this time of the year.

Late October, Early November: Widespread, peak color starts to appear in the Piedmont and reaching into the Triad at the lower elevations.

Had a lot of questions lately about timing of Fall color.

Typically, goes like this. Some higher elevations in the mountains are already seeing some limited color. Closer to the Triad it usually isn't until later in Oct.

Return of Fall air this weekend will surely help. pic.twitter.com/SmTVycFTAX

As we start October, keep in mind that over the next couple weeks the mountains of North Carolina should really start to pop with chilly nights headed our way, making for an earlier-than-normal peak in color.

An interactive map from AppalachianMaps.com shows the forecast when peak colors are expected across the North Carolina mountains. You can move it around with your mouse (or fingers on mobile devices) for your favorite spot.

According to Neufield's post, the trees popping with the best color right now along the parkway are the maples and buckeyes, along with the sourwoods and Virginia Creeper vines, which have a distinct red color.

Make your plans now for a quick day trip or a drive along the Blue Ridge Parkway over the next couple of weeks and enjoy those beautiful N.C. fall colors!