Lawmakers earlier this session passed a bill that allows open carry with a permit. 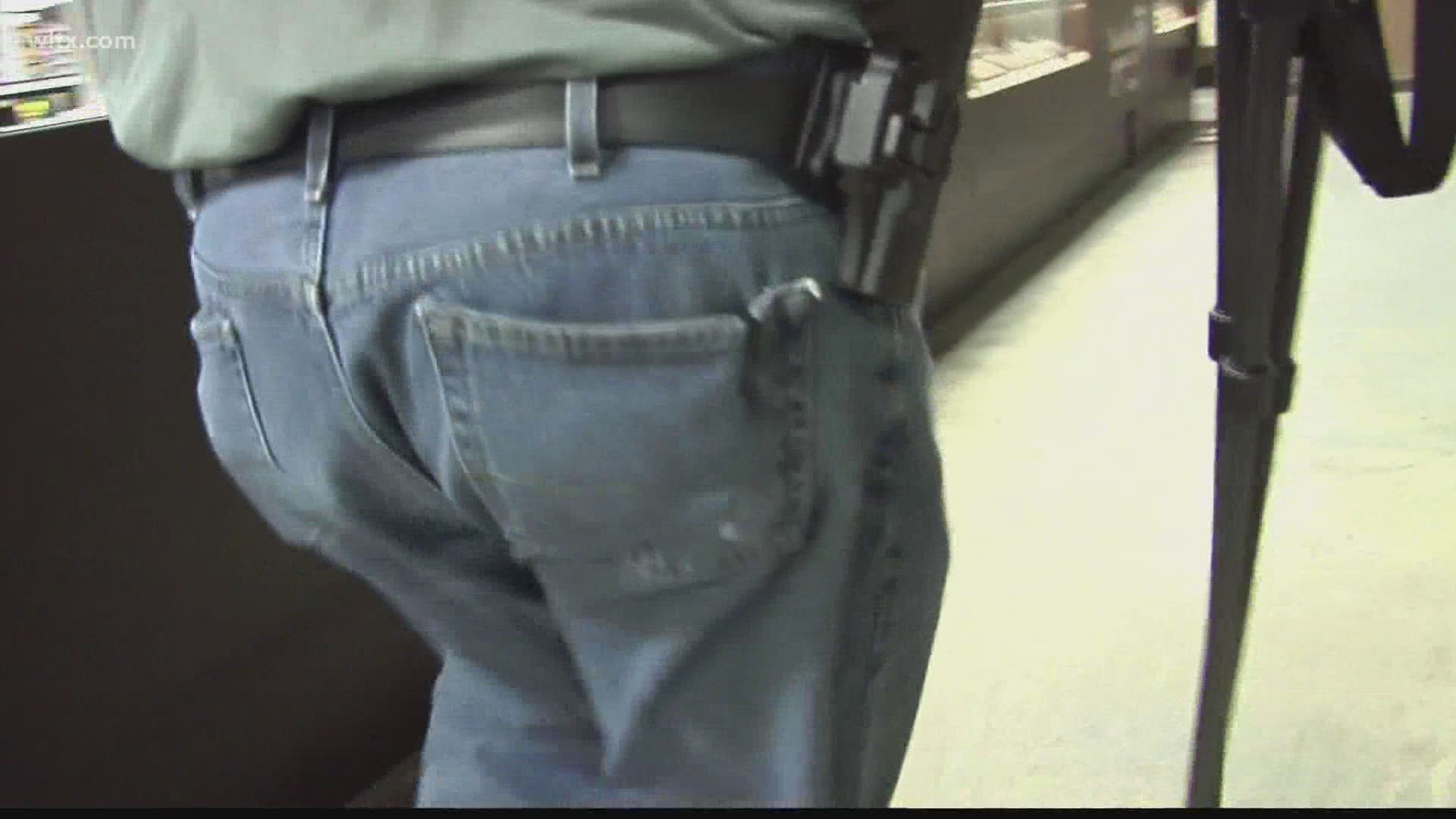 COLUMBIA, S.C. — The South Carolina House has given key approval to a bill allowing gun owners to openly carry a firearm without a permit.

Just a few weeks ago legislators passed a bill allowing open carry if someone has a permit, but this bill would remove the provision, allowing anyone to open carry, regardless if they have a permit.  Republicans also amended Wednesday’s bill to bar the state from enforcing federal gun control regulations.

The earlier bill would allow gun owners to openly carry their weapons on their bodies and in their cars. Businesses and municipalities would be allowed to ban open carry if desired.

A total of 45 states allow open carry in some form. According to the U.S. Concealed Carry Association, about half of the states allow it without permit.

Lawmakers had strong opinions on the bill from concerns about racial profiling to the people of the state afforded the right to protect themselves. The bill also allows businesses and employers to post signs notifying individuals open carry is not allowed in its buildings.

It's unclear if the Senate will go along with the change this session. However, because it's been passed in the House, it could be brought back up for consideration next year.