Both Highway Patrol and CMPD are investigating multiple crashes, which led to five people dying in Charlotte. 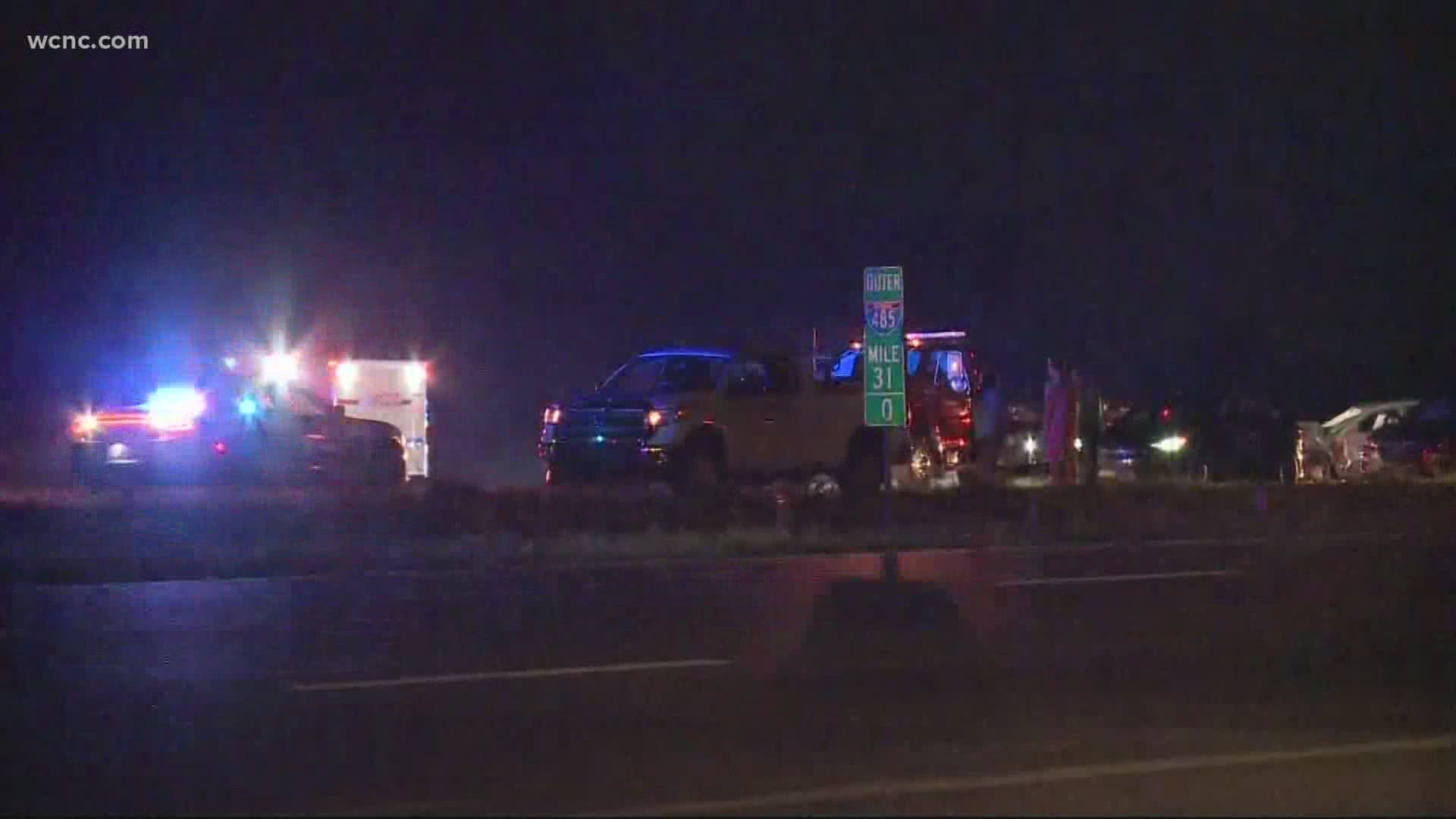 At least five people died in crashes on Charlotte's major roadways, and Highway Patrol is investigating several other deadly crashes in Cleveland County.

A memorial stands just feet from where Reggie Page landed after the Charlotte-Mecklenburg Police Department said he crashed his motorcycle into a car pulling onto North Tryon and Dorton Streets Friday night.

Investigators said the 22-year-old was going too fast when he crashed, and he later died at the hospital.

A memorial sits feet from where CMPD said Reggie Page crashed his motorcycle on North Tryon Street Friday night. We’re taking a look at what’s been a deadly holiday weekend on the roads at 6 pm on @wcnc. pic.twitter.com/bcmOy7LUjR

RELATED: One killed in a three-vehicle accident in west Charlotte

On Labor Day morning, Highway Patrol said a man merging onto the I-485 Inner loop from I-85 was driving too fast when he ran off the road and into the median where his car overturned.

Troopers said the force of the impact threw the man from the vehicle and killed him, but his car kept going and stopped in the middle of the highway, where two other cars slammed into it. The other drivers suffered non-life-threatening injuries.

RELATED: 1 killed in early morning crash on I-485 in northeast Charlotte

Despite the pandemic, Trooper Ray Pierce said a lot of people were driving during the holiday weekend.

"This weekend was no different. It was comparable to July 4," Trooper Pierce said. "Gas prices are down, which usually brings people out, and traffic was heavy."

He said troopers are noticing more people aren't wearing their seat belt, and many drivers are going too fast on roads.

Troopers plan to reboot their special enforcement of I-485 this October after the highway was the site of several major crashes this summer, including one which seriously injured a trooper.

"You're going to see a lot more blue lights out on the shoulder of the roadway," Trooper Pierce said. "A lot more troopers out there stopping cars that are breaking the motor vehicle laws."