"A winter storm is on the way and North Carolina is getting ready for it," Gov. Cooper said. "I've seen some predictions up to 18 inches. That's a lot of snow, even for places that are used to getting snow." 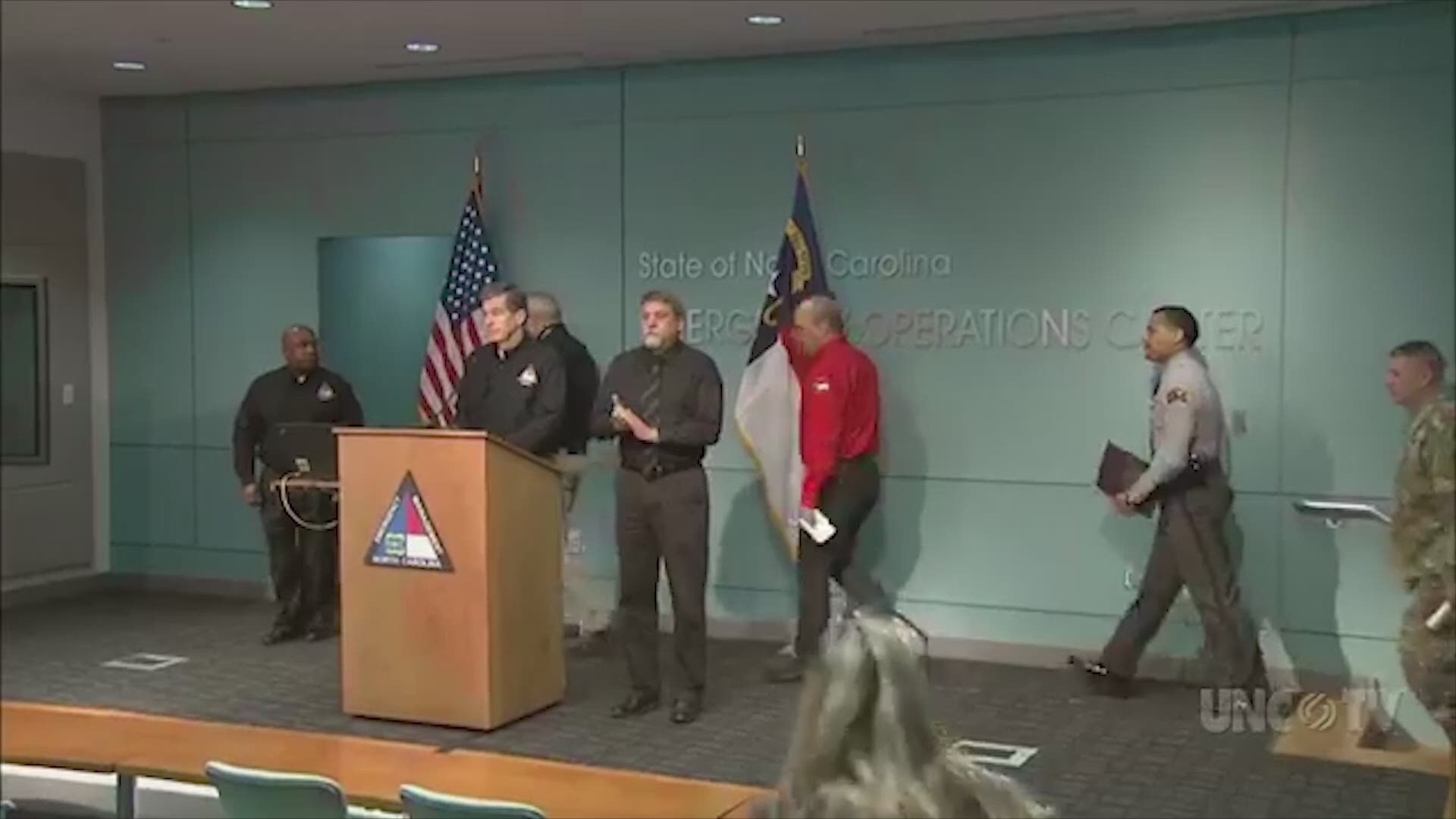 GREENSBORO, N.C. (WFMY)- Gov. Roy Cooper has issued a state of emergency for North Carolina ahead of a winter storm that's expected to bring heavy snow, sleet, freezing rain and ice to the state this weekend.

The state of emergency is for all 100 counties in the state. The Governor declared the State of Emergency in an effort to get any essential supplies, equipment, and utility trucks to restore power to get where they are needed quickly.

It also activates the state law against price gouging or charging too much for goods and services during an emergency. You can report potential price gouging to the Attorney General by calling 1-877-5-NO-SCAM or online at ncdoj.gov.

During a briefing to the news, Cooper urged that everyone keep a close eye on the forecast because the storm will have various impacts. From nearly two feet of snow in the mountains of western North Carolina to sleet and ice south and east of Charlotte, the winter storm will be felt long after it moves out Tuesday.

"A winter storm is on the way and North Carolina is getting ready for it," Cooper said. "I've seen some predictions up to 18 inches. That's a lot of snow, even for places that are used to getting snow."

Cooper said he has activated the National Guard to help as needed in addition to declaring a state of emergency. He advised against any unnecessary travel on slick roads over the weekend.

"The more cars we have on the road, the tougher it will be for our DOT crews to treat and clear those roadways," Cooper said. "If you absolutely must travel, clear your car of snow and ice before you drive, slow down and leave room between you and other vehicles"

RELATED | 'Everyone Needs to be Ready' | NC Gov. Roy Cooper As Winter Storm Heads to Triad

NCDOT crews in Iredell County said they are working 12-hour shifts before going around the clock at 6 p.m. Saturday. Crews are treating Iredell County roads and highways with 4,500 tons of salt and 1,200 tons of a sand-salt mixture. Cooper said it's best for people in areas impacted by the wintry weather to just stay home.