Roads, puddles and snowbanks are icing over as we approach 20 degrees. Some roads are clear, while others are so bad - they've trapped people in their neighborhoods. 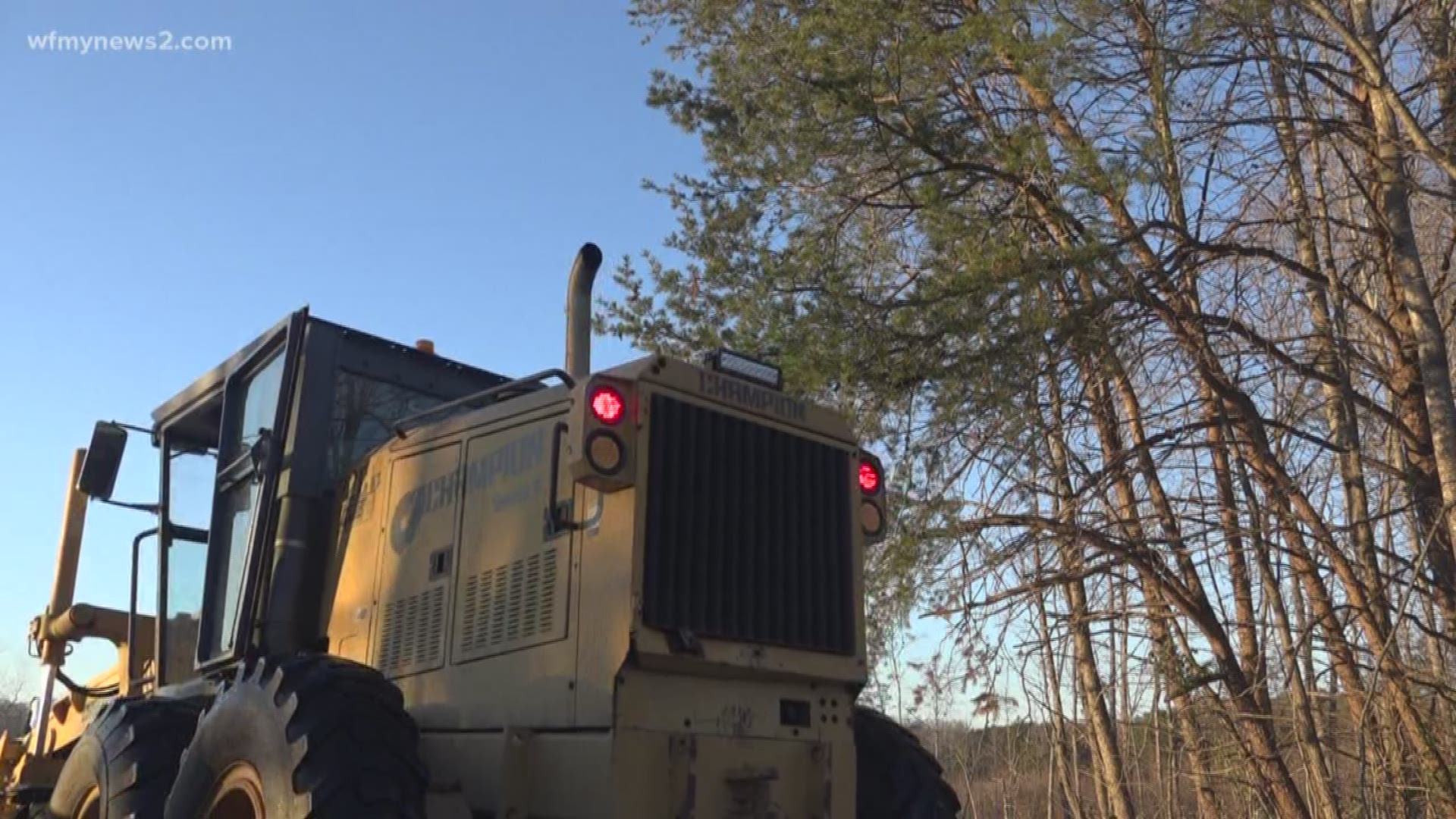 FORSYTH COUNTY, N.C. - Tricky travel is the name of the game right now.

Roads, puddles and snowbanks are icing over as we approach 20 degrees. Some roads are clear, while others are so bad - they've trapped people in their neighborhoods.

Michael Walters was shoveling his driveway when he heard a snow plow come down the road.

His assumption: that the entire road would be plowed, but it ended up only halfway done, stranding his family for yet another day.

As the sun sets, the ground on Vista Lindo Court, in Winston-Salem gets colder, freezing snow and slush covered roads.

“When I got out here, I tried to shovel around the cars, and I heard a truck at the top, so I kept saying, well maybe the truck is going to come on down,” Walter said.

But, he says, that didn't happen. A plow truck only hit half of his road on Monday, meaning he, his wife, and his daughter - couldn't get out and couldn't get to work.

“I’m an hourly worker. I work for the Winston Salem Transit Authority. I am a city bus operator, so I need to be on my job,” Walters said.

“I didn't get paid yesterday, and I almost get paid today because at first I didn't have anyone that could come get me,” said Tramaine Walters, his daughter, “Nobody's rich round here so we have to get to work!”

Then, late Tuesday afternoon, a contractor, hired by the state DOT - brought a motor grader down the dead-end street, scraping what he could, and pushing the rest of the snow, off the roadway.

“I'll call somebody and see if they can bring some salt or something,” the contractor said to Walters.

Walters say he's thankful the job eventually got done, and for the road worker's long hours, but ready, to get back to work himself.

“Hopefully they will have someone who comes by to spray some salt down because it is a concern that once the temperature drops,” he said, “It's going to be a little bit slippery.”

NCDOT representatives tell WFMY News 2, they're not sure why the job was only halfway finished on Monday. We're waiting to hear back.