Two chairs now sit outside BJ's Restaurant in front of a makeshift memorial for Julius "Juice" Sampson. Loved ones and even strangers can come pay their respects. 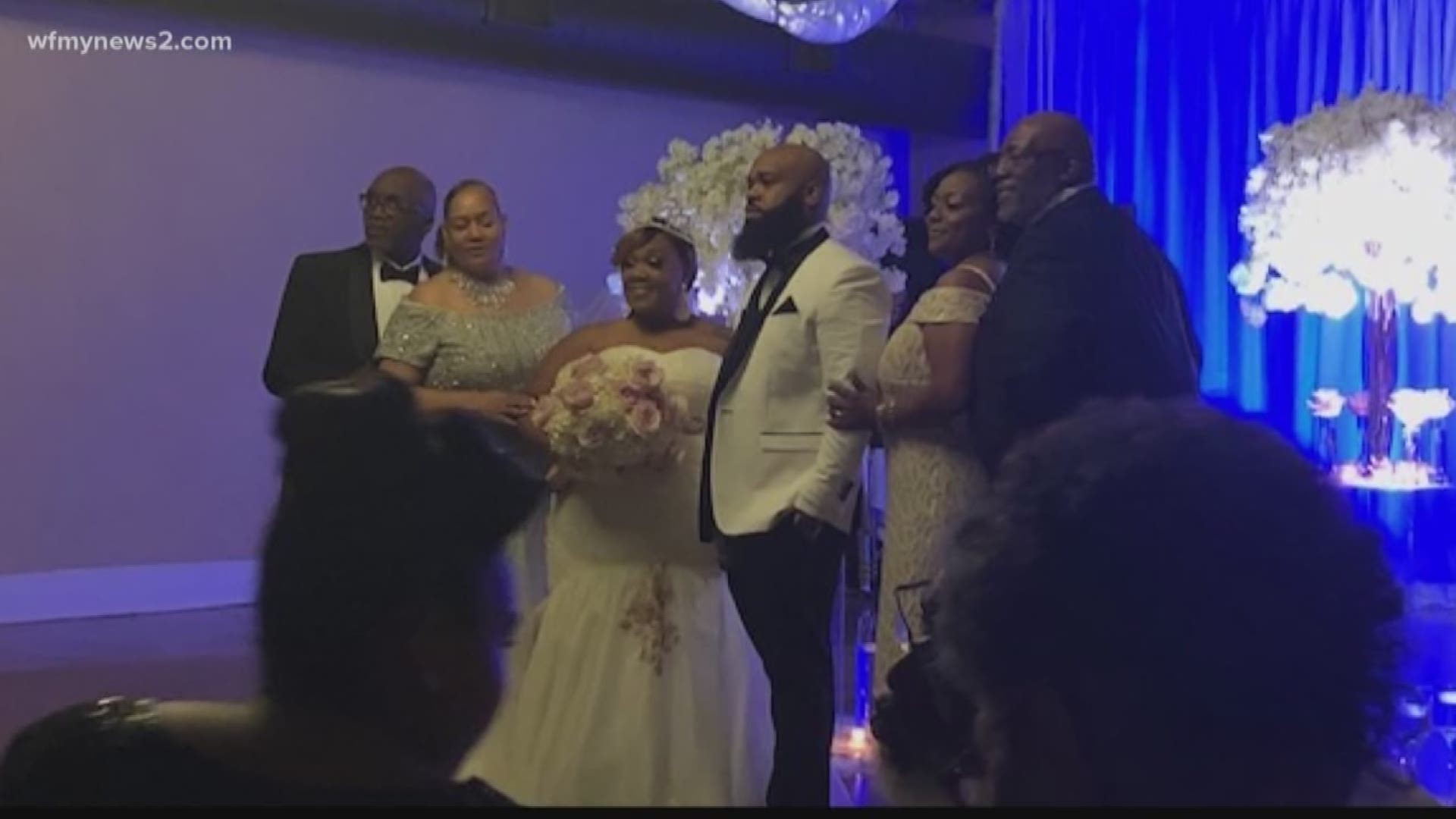 WINSTON-SALEM, N.C. — Two chairs now sit in front of the makeshift memorial for Julius 'Juice' Sampson, the father of three and newlywed who was shot to death in front of BJ's Restaurant and Brewhouse Tuesday.

RELATED: 'It's Hard To be Strong When That Person Was Your Strength' Hanes Mall Shooting Victim's Wife Promises To Keep His Memory Alive

The chairs encourage those who didn't even know Sampson to pay their respects. Many are stopping by the memorial of flowers, cards and candles to pray for a man they heard did so much for the Winston-Salem community.

RELATED: He was a barber, a little league coach, a newlywed and his murder has left a void in the community

"I had no idea who he was," one man said. "And for someone to lose their life to hear that, period, is sad and it hurts."

"I think it's important to respect those that really have a legacy and have an influence within the community," another said.

In the video you can see that BJ's workers frantically called 911 and waved down help.

There are parts of the video Sampson's wife Keiya never wants to see.

"I don't want to see him laying, slaying anywhere," she stated.

Keiya says the loss of her husband, who she calls a 'gentle giant,'is unbearable.

"I would give anything, for just five more minutes."