Among the new initatives are a rideshare pickup area in Five Points and new text alerts that will go out to riders. 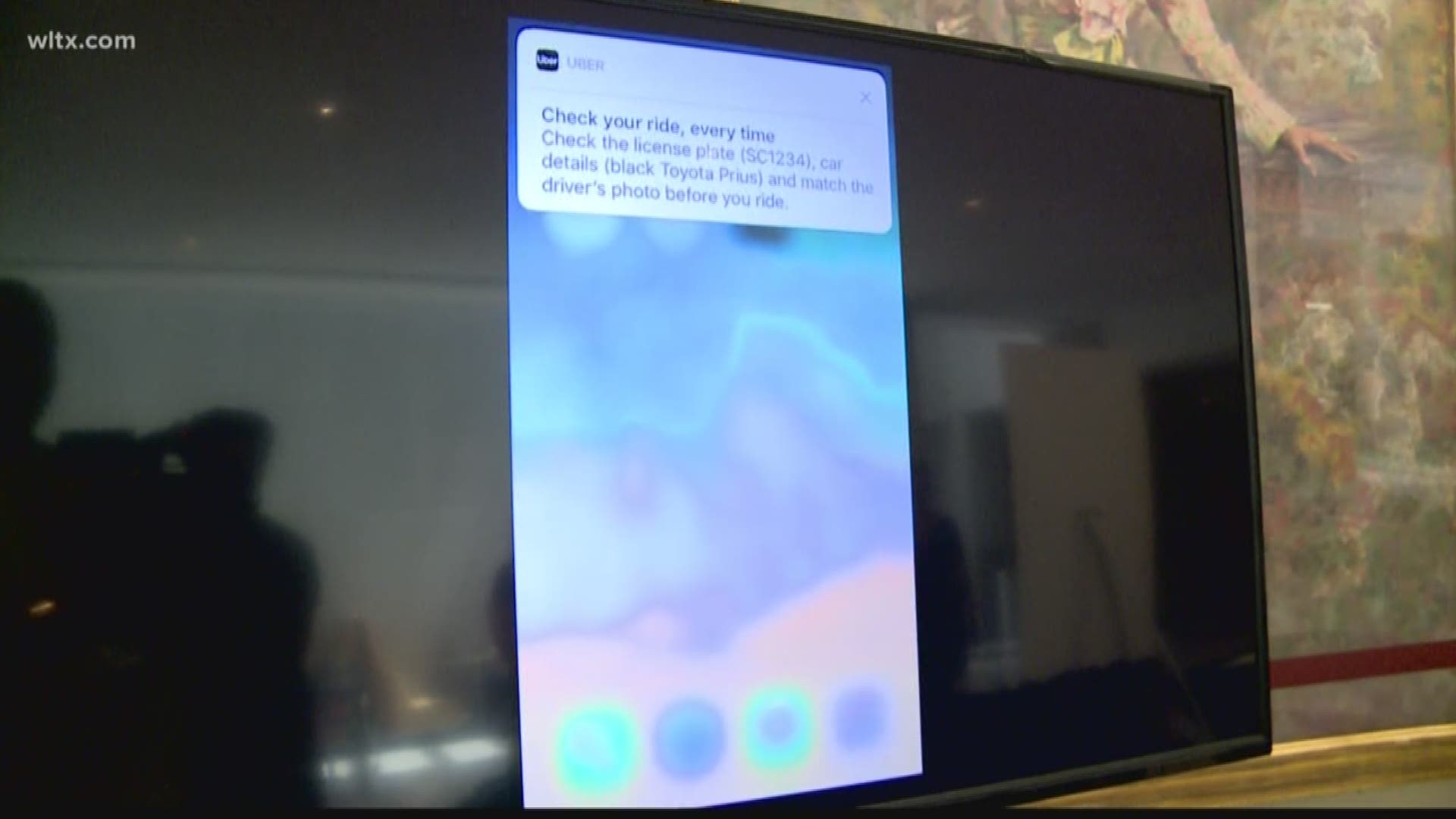 The University of South Carolina and Uber are teaming up for a new initiative to make it safer for student and all people who use the popular rideshare service.

The company and the school unveiled their plans for a nationwide campus safety initiative at a news conference Thursday on the campus of the University of South Carolina. The effort is debuting in Columbia.

The main idea of the initiative is an awareness campaign that the company hopes will help students learn how to spot and avoid fake rideshare drivers.

The effort comes less than a month after the killing of Samantha Josephson, a 21-year-old senior at the university. Columbia police say she mistakenly got into what she thought was her Uber ride in Columbia's Five Points. Police say the driver--who was not an any way affiliated with Uber or any other rideshare service--then kidnapped and killed her.

Uber officials say they will start sending a push alert on the app when riders select a driver that will remind them to check the license plate, car details, and the driver's photo before getting into any vehicle. The message on the banner says "check your ride, every time."

The service went into effect in Columbia Thursday, and will roll out to other communities in the coming days.

RELATED: 'She had no chance': Father of slain USC student wants changes for Uber, Lyft

Part of the effort will include a $100,000 grant to educate students as well.

Here in Columbia, the university and Columbia leaders will create a dedicated pickup zone in Five Points that will be well lit and will have law enforcement on hand.

State lawmakers are also taking action. A bill is working its way through the State House to require all rideshare services to put illuminated signs on their vehicle.