According to the Duke Energy Power Outage Map, as of 8:20 p.m., there was over 18,000 in North Carolina without power. 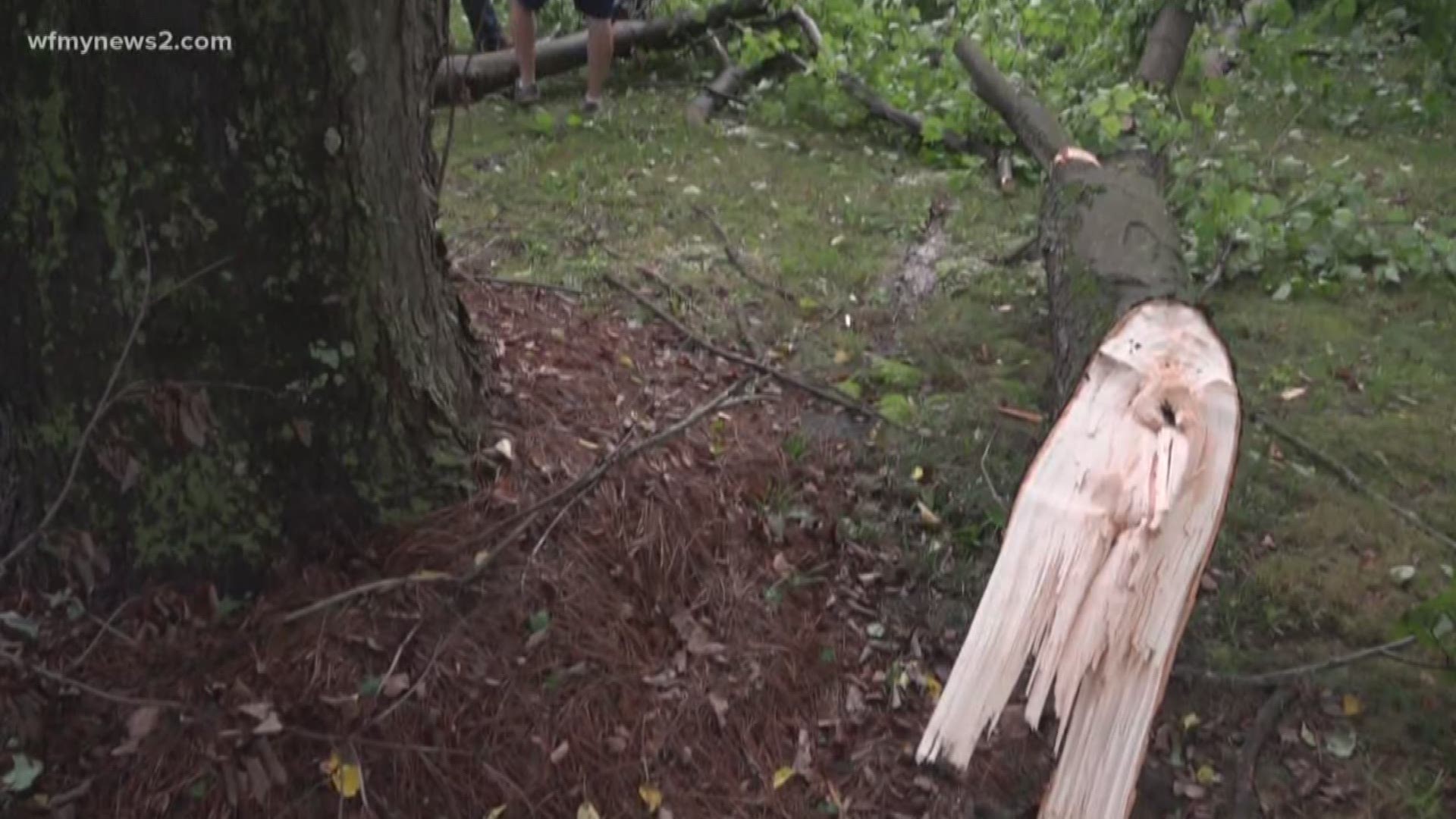 In Randolph County, a Guil-Rand firefighter had to go to the hospital after being shocked from a downed power line. The firefighter was on a call at a mobile home park on Old Mendenhall Road in Archdale when it happened.

Randolph County 911 confirms they got a call around 6:08 p.m. on an injured person. The firefighter was taken to the hospital and is expected to be okay, Randolph County Emergency Services said.

Some of the biggest storm damage came out of Kernersville, where the storms heavy winds knocked down several trees. On Century Boulevard neighbors helped to clean up after a red maple tree snapped during the storm. Neighbors in the area found damage scattered all around including a roof of a barn, metal sign on a tree cut in half, among other debris. 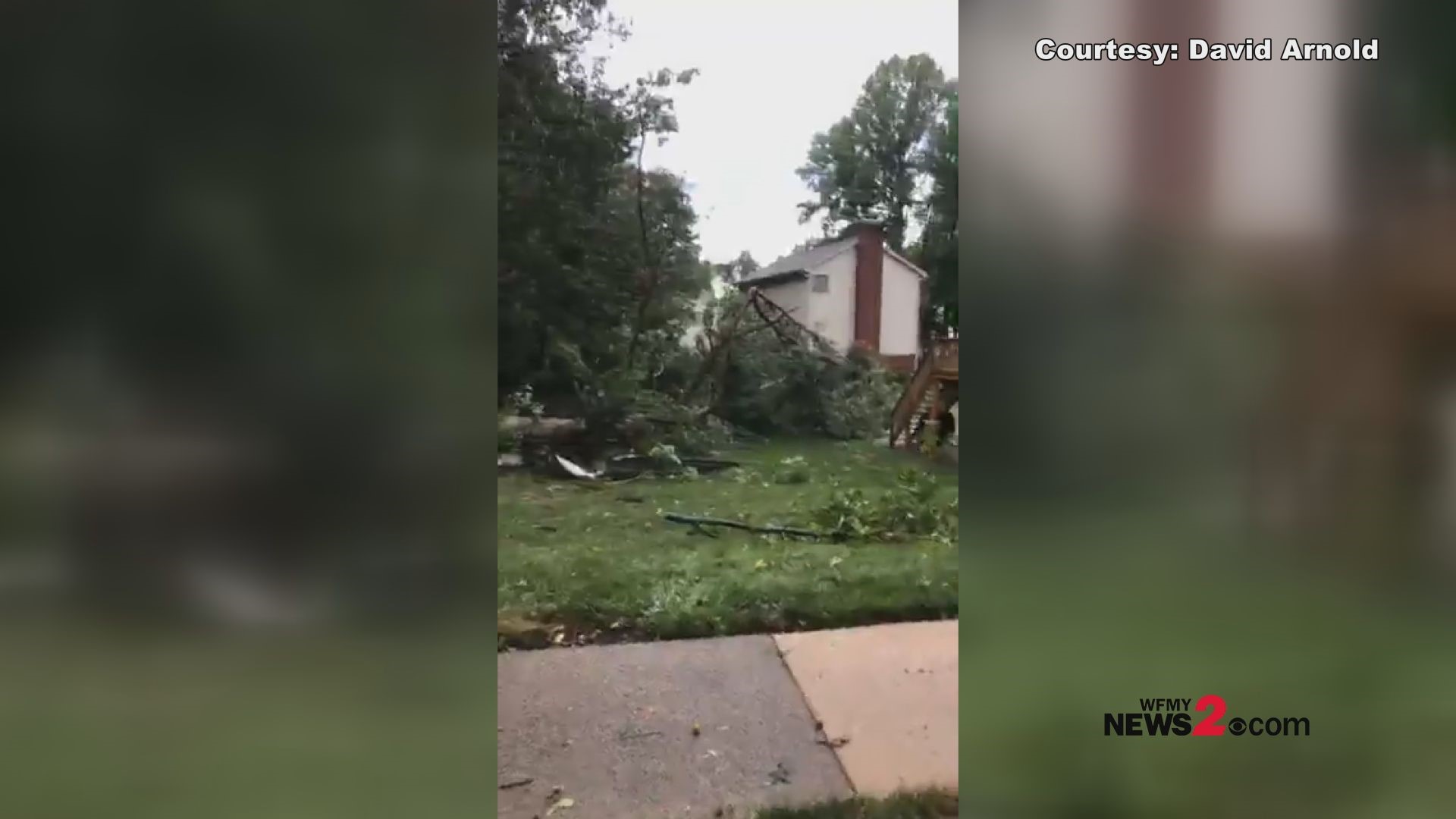 In Greensboro, dark clouds covered the sky outside WFMY News 2 studios and trees were reported down blocking half of 16th street at White Oak Plant. 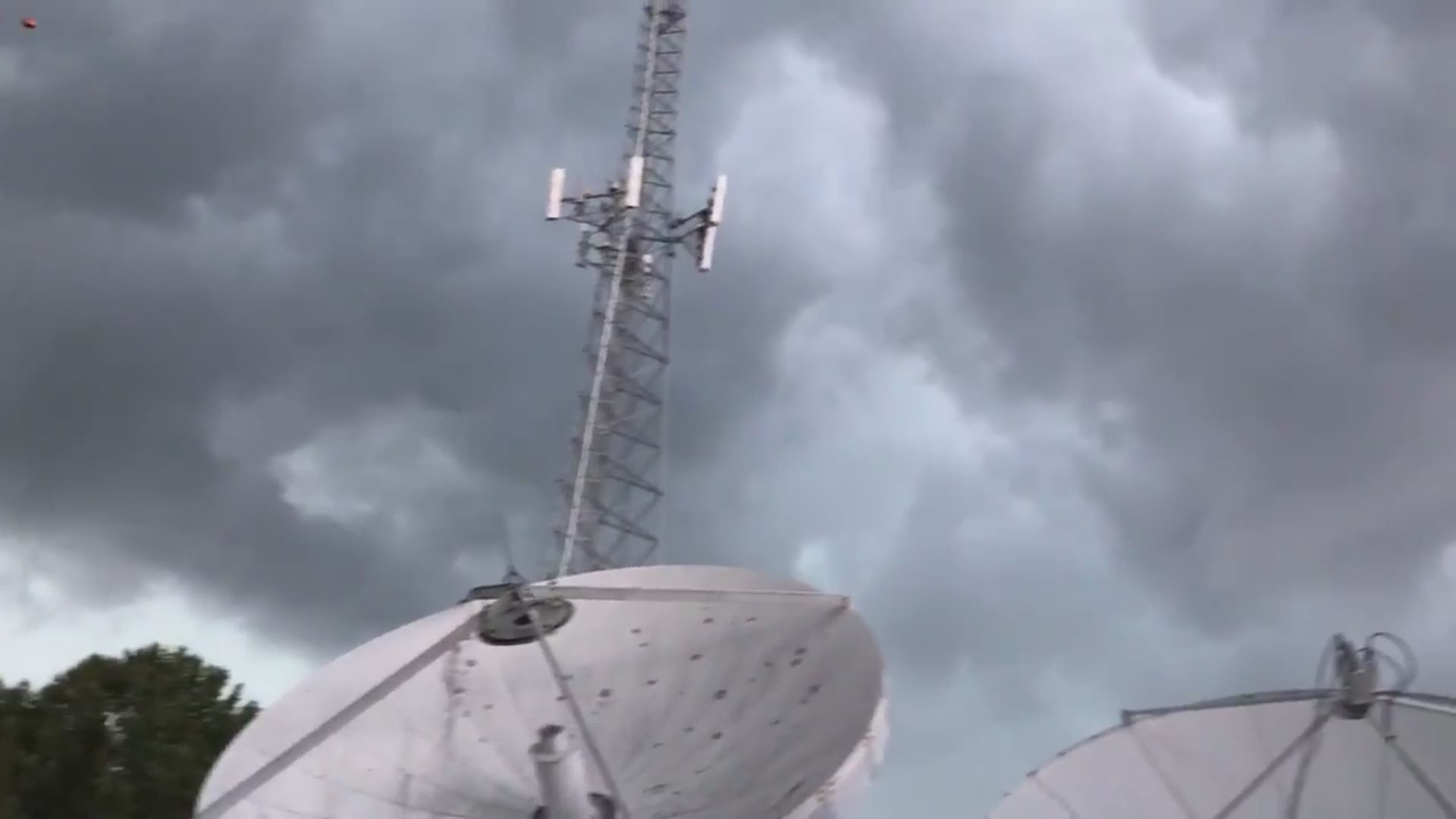 There were also downed trees on River Glen Drive near Lake Townsend in Greensboro.

"It kind of reminded me of a scene from Star Wars, because it was in the air and it was just this bright color. We said that nature is providing fireworks for us."

Both Seth Hendricks and Henry Trip who live in Air Harbor Estates had a lot to say after a tree fell across the entire road and took out a transformer.

"It’s almost like a tornado was here. I went out on my back porch to check on the storm, and I saw one of the transformers blow up and I mean it was huge." 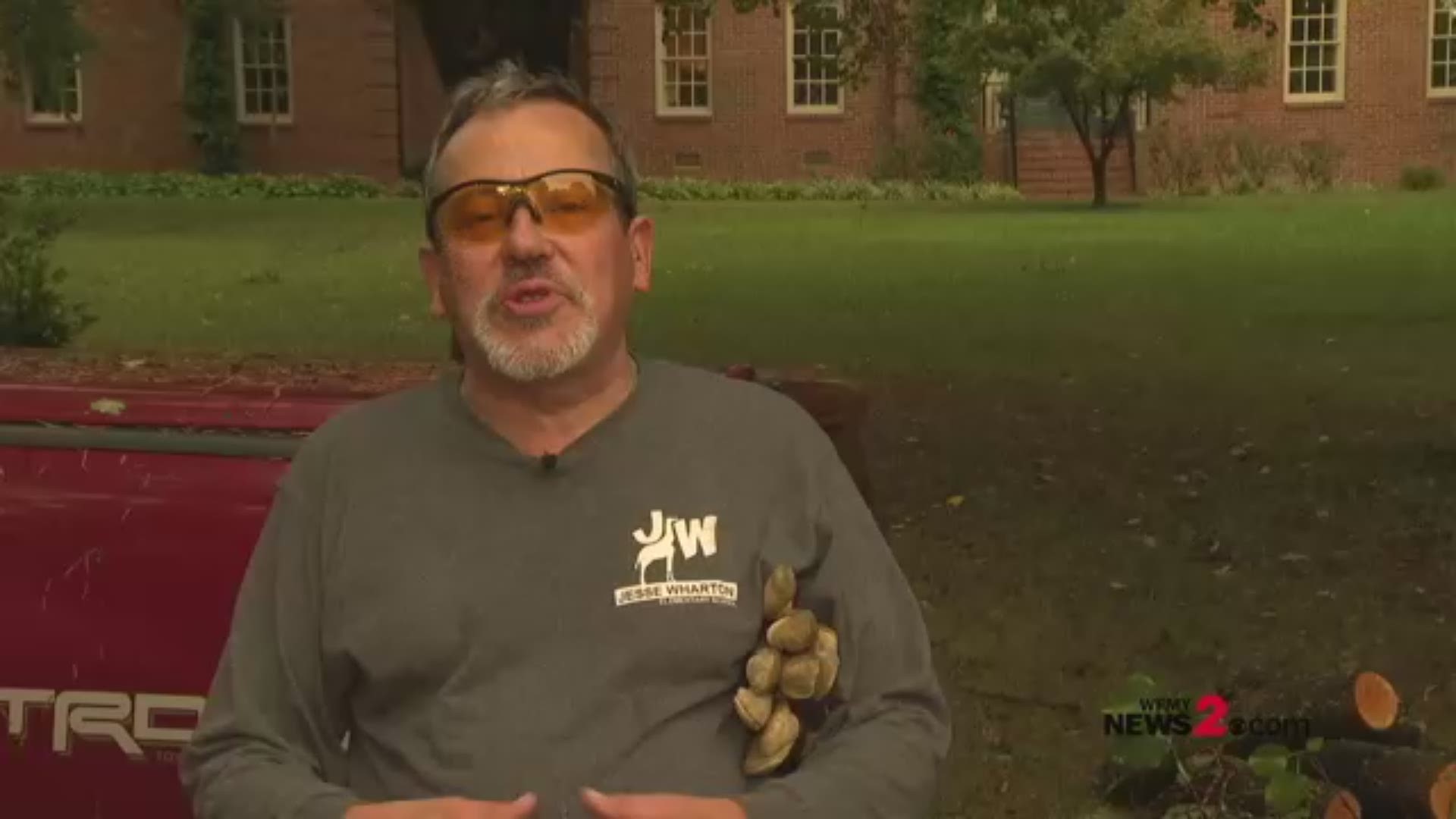 A mesmerizing video was captured in Coleridge, North Carolina. Tara Burgess captured a sunset with both a rainbow and lightning. It was so good we just had to loop it for you to enjoy! 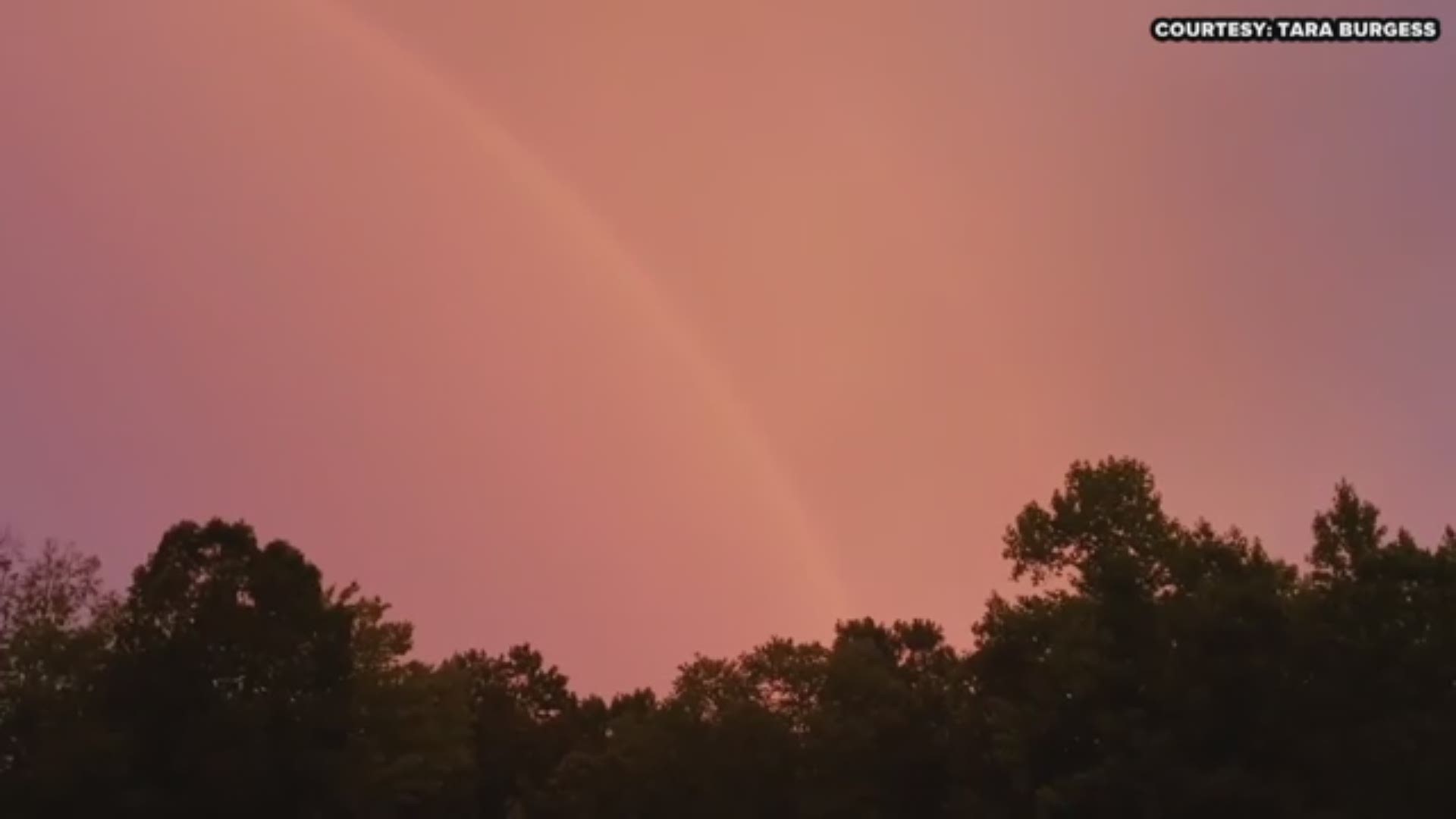 In Winston, the storm caused the tennis match between Ashleigh Barty and Coco Gauff at the Wake Forest Tennis Complex to be delayed while crews worked to dry the Center court area.

After the storms passed, however, it was back to beautiful skies and a packed house at the Wake Forest Tennis Complex in Winston!

Take a look at all the photos captured by WFMY News 2 viewers during and after the storm. 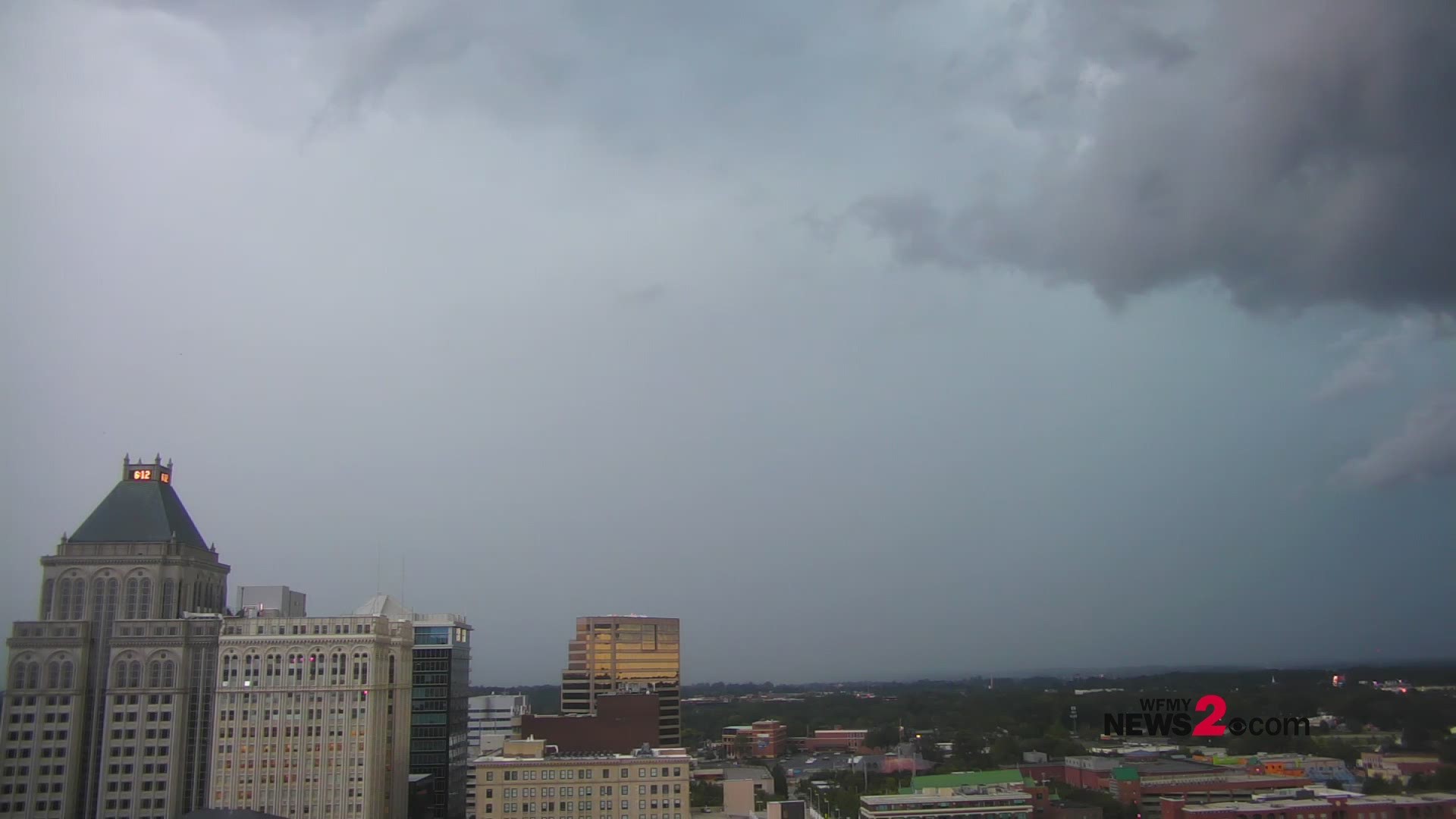