David Couch proposed a plan in 2020 to build dozens of new homes in Summerfield. It would require Greensboro to extend its water and sewer lines to Summerfield. 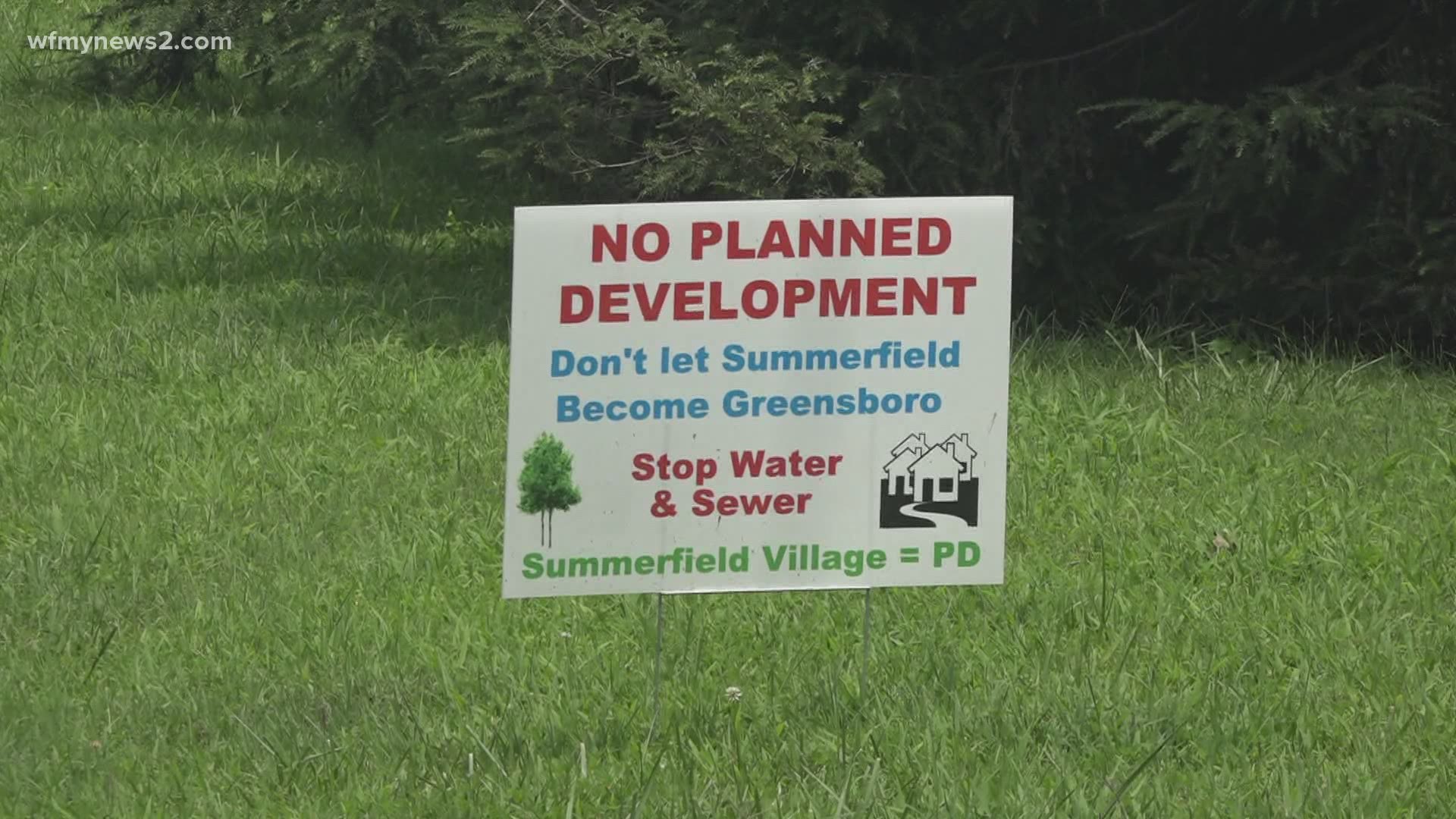 SUMMERFIELD, N.C. — Last year we told you about a proposal, that could bring dozens of new homes to Summerfield, over 25 years.

The plan concerned a lot of people living there because it proposed a shared tax district between Summerfield, Greensboro and Guilford County. A shared tax would pay for the cost of bringing water and sewer lines into town.

The planning board held a public hearing Monday to discuss a request by Summerfield Farms Owner, David Couch for a zoning text amendment to form a new district called the Master Planned Village District.

"The request itself hasn't been formally submitted to the town but the request for this district is his approach to a first step toward realizing that district," Scott Whitaker, Town Manager said.

The public hearing was held at Revolution Academy on Oak Ridge Road. The Town Manager told WFMY News 2 it's an opportunity for residents to weigh in on the district request.

"It's a very divisive issue. Growth in general and higher density growth, more particularly in Summerfield, citizens certainly have a right to have strong opinions about it," Whitaker said.

Couch proposed a plan to put homes on hundreds of land in Summerfield. It would require Greensboro to extend its water and sewer lines to Summerfield.

"Summerfield operates on septic systems on either private or community wells. So, bringing public water from a neighboring jurisdiction like Greensboro or Rockingham County is a major deal to our community."

Whitaker said the public hearing for the Master Planned Village District is not the submittal of the actual plan.

He said once a decision is made by the planning board, the next step would be a public hearing by the town council.