WFMY News 2 combed through court documents and spoke to victims who say suspect Alexander Gillett is a dangerous person. 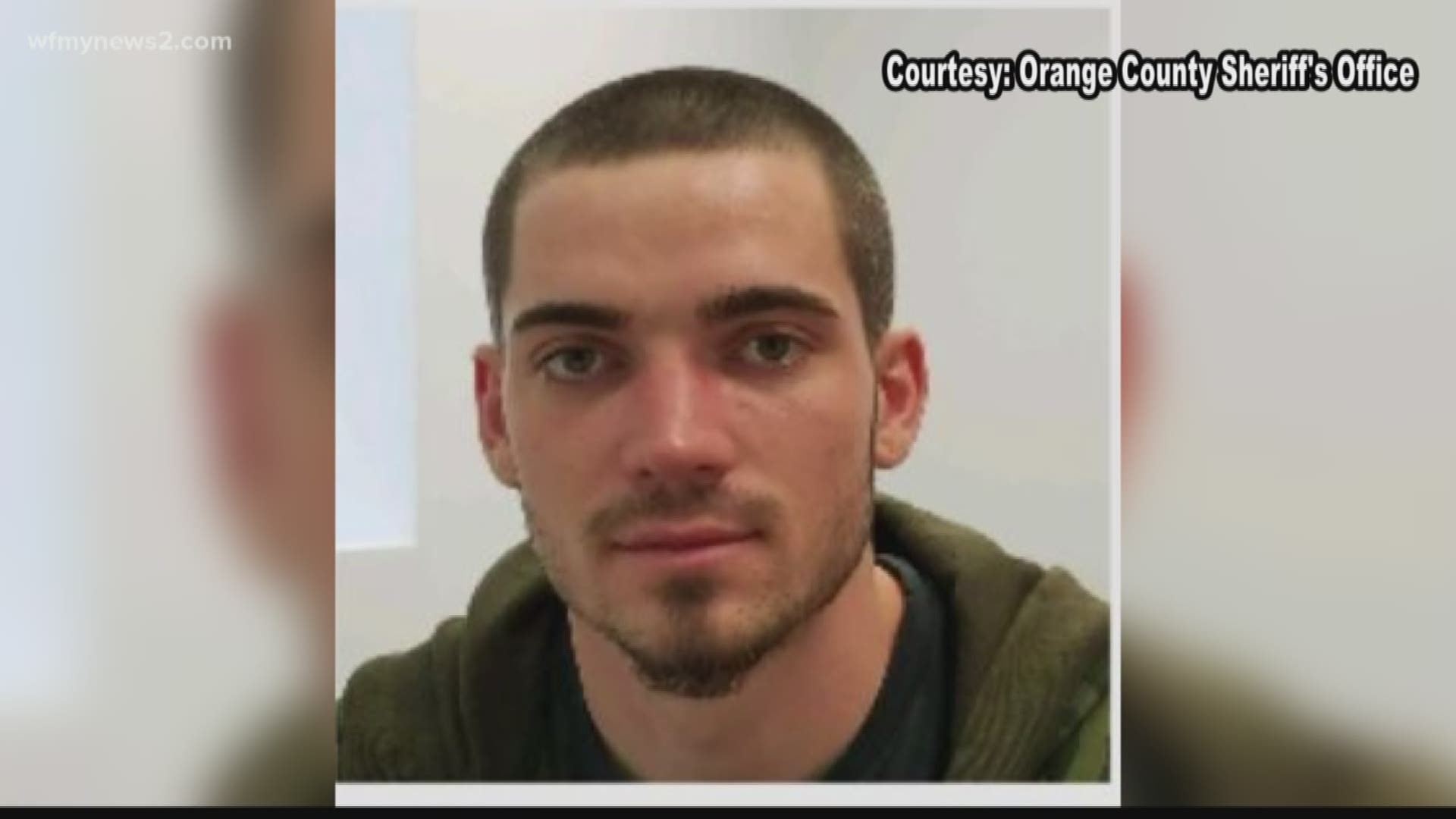 GUILFORD COUNTY, N.C. — Authorities want you to be on the lookout for 26-year-old Alexander Gillett. He was last seen near Home Depot off of Battleground Avenue and Brassfield Road in Greensboro.

He's a wanted man out of Orange County after the Sheriff's Office said he assaulted his girlfriend this weekend after she refused to break into a home with him.

He was able to evade officials and was most recently spotted on Sunday in Greensboro.

According to court documents, his most recent home address is listed as an apartment on Glenside Drive in Greensboro.

WFMY News 2 learned Gillett is no stranger to run-ins with the law. His criminal record reveals habitual breaking and entering charges dating back to 2015.

We spoke to several victims. One Summerfield victim, who wanted to remain anonymous, said Gillett stole $70,000 dollars worth of her valuables when she wasn't home a couple years back.

Among the stolen items: an AR-15 rifle, jewelry, TV sets, and medication.

She was baffled when she learned he is back on the streets.

Another victim we spoke with, who also wanted to remain anonymous, said Gillett kicked in his door, took some of his pillowcases, and filled them with jewelry and other valuables. Greensboro Police arrested him a short time later.

Gillett is six-foot-tall with a last known address in Greensboro, deputies say.

He was last seen wearing a black beanie, a gray jacket with a hood, gray pants, and camouflage knee-length boots.

Deputies say he should be considered armed and dangerous. They also say the house he wanted to break into in Orange County was because he saw on Facebook that the homeowners were out of town.

Orange County Sheriff Charles Blackwood said, “I would like to take this opportunity to remind people to be cautious about the material they post on social media platforms. The suspect, in this case, saw valuable items listed for sale on Facebook. He searched for an address associated with the seller’s name and arrived at a very specific target. I encourage people to avoid such risks.”

Gillett is wanted on numerous other charges in Guilford County including second-degree burglary, safecracking, second-degree kidnapping, and assault by strangulation.

RELATED: 'I would have never suspected what had just occurred' | Triple murder suspect involved in hit-and-run morning of alleged killings: Police report