The law wouldn’t apply to those in emergency situations, or those experiencing unsafe road conditions or mechanical problems

House Bill 144 is called Hands Free N.C. It would make it illegal to talk on the phone while driving. 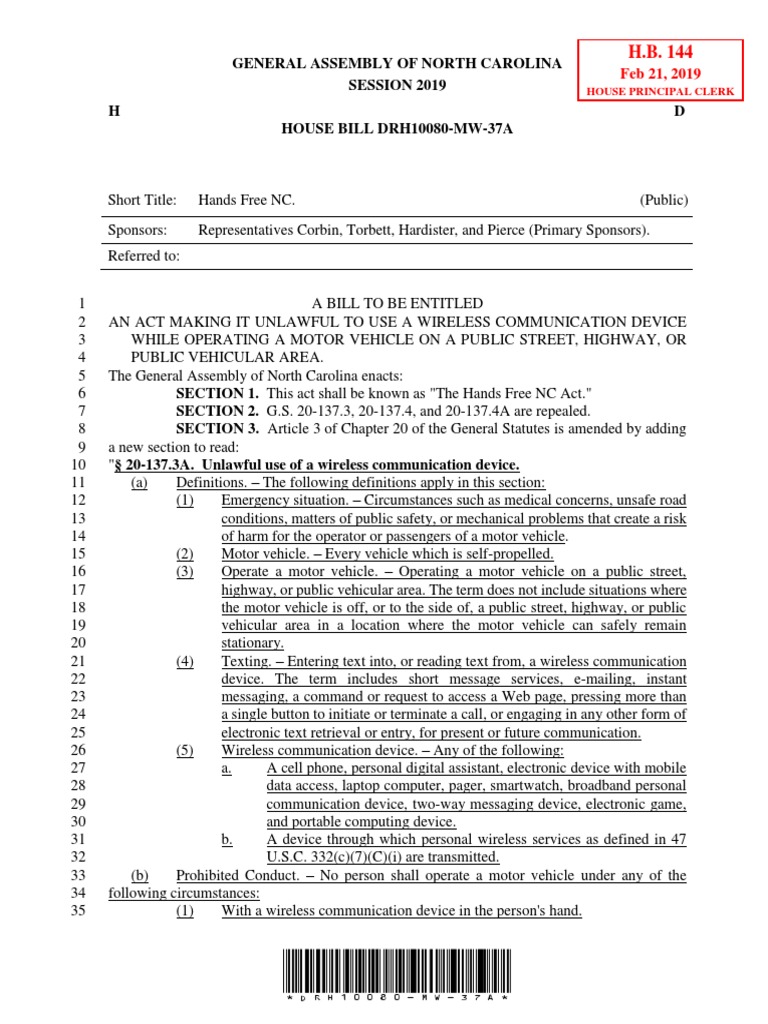 Hands Free NC Bill: Illegal to Talk on Handheld Phone While Driving | Wireless | Text Messaging
1 A BILL TO BE ENTITLED 2 AN ACT MAKING IT UNLAWFUL TO USE A WIRELESS COMMUNICATION DEVICE 3 WHILE OPERATING A MOTOR VEHICLE ON A PUBLIC STREET, HIGHWAY, OR 4 PUBLIC VEHICULAR AREA. 5 The General Assembly of North Carolina enacts: 6 SECTION 1.

The bill would allow drivers over the age of 18 to use a cell phone if its affixed, mounted, or installed in a way that allows them to make, answer, or end a call by touching a single button.

"It only takes a minute to run off the road or miss a pedestrian walking across the street,” Goldsboro driver Cutral Holmes said.

Under the bill, drivers caught violating it would face a $100 fine. The second offense would lead to a $150 fine and an insurance point.

The law wouldn’t apply to those in emergency situations, or those experiencing unsafe road conditions or mechanical problems. It also would apply to first responders.

"I would support that kind of legislation,” Kehoe said.

According to the National Conference of State Legislatures, North Carolina would be the 17th state to pass talking while driving legislation.