Community members and students said Mount Tabor teachers and staff showed immense amounts of bravery to protect them during the shooting. 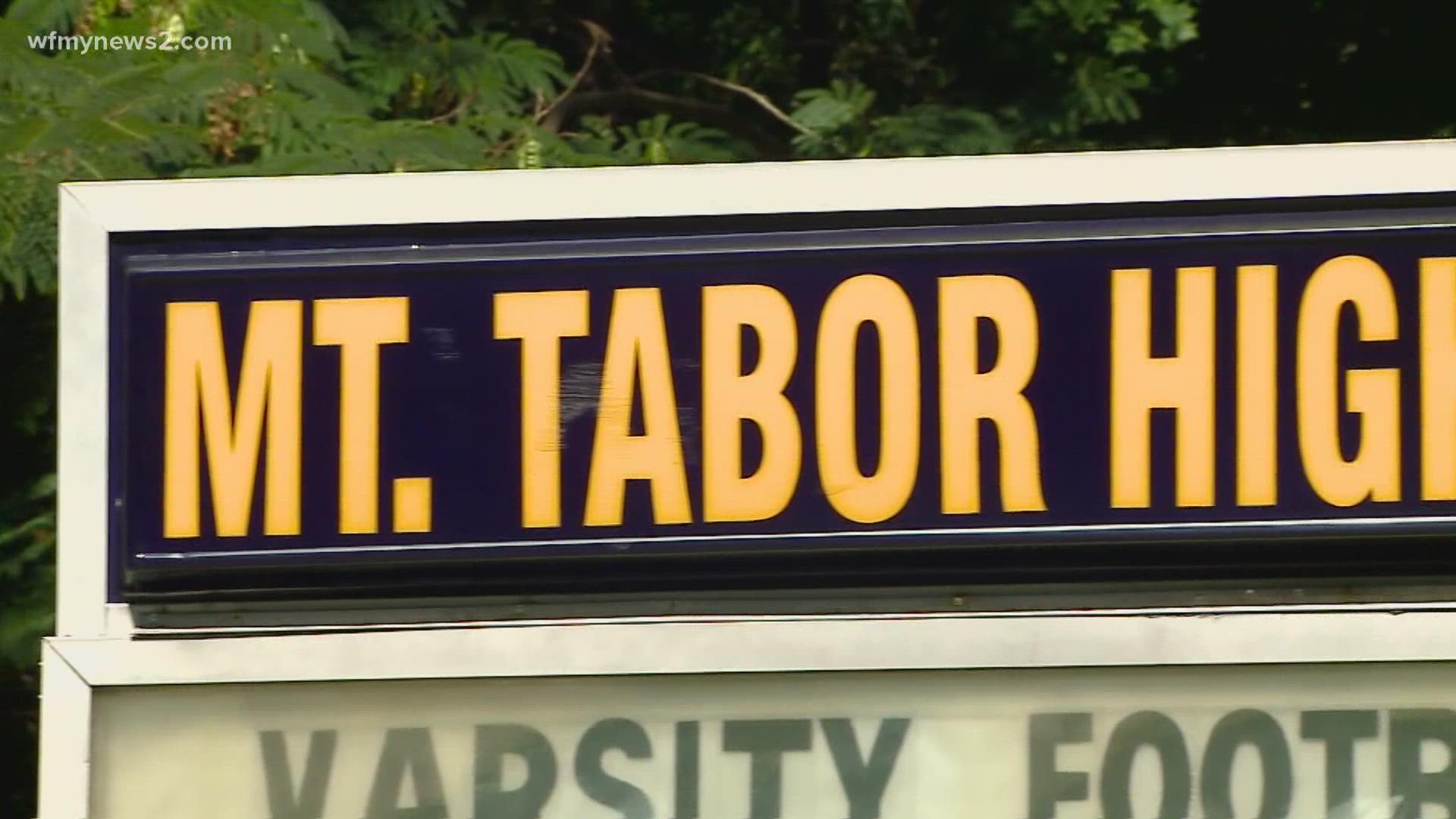 WINSTON-SALEM, N.C. — As the Winston-Salem community mourns the loss of a student following a shooting at Mount Tabor High School, teachers and staff at the school are being praised for their bravery during the incident.

"They should have a medal of honor because those are the people that stepped in to protect our children, the students here at the school," said Johnsie Burch, who stopped by the school on Thursday to offer a silent prayer. "I just applaud them. I have to give reverence."

Burch said that, as a member of the Winston-Salem community, it was shocking to hear about the shooting and witness the commotion Wednesday.

"My heart just goes out to each and every individual at the school, the students, the staff, everyone," Burch said.

Burch was one of several people who came out to the Mount Tabor High School sign Thursday. Some, like student Brooke Vonderhaar, stopped by the school to pay their respects and put balloons out in honor of the victim. Vonderhaar was in the school when the shooting happened.

"We thought it was a drill but my teacher said they don't do drills in third period," said Vonderhaar. "So then we all got scared and we got in a corner and hid for a while and we didn't get anything for like an hour. We were just hearing cops everywhere."

Vonderhaar saw SWAT teams rush into her classroom yelling for them to put their hands up, asking if they were okay.

"I never thought I'd have to experience anything like that," said Vonderhaar. "You see it on the news but you never think it's going to happen where you actually go to school."

Mount Tabor teacher Nikia Miller said while training can prepare teachers, she never expected something like this shooting to happen.

"I can't even really describe it in words," said Miller. "It was the scariest thing I've ever had to experience in my life. Not only to make sure I'm safe but I have to make sure 21 other children are safe."

Miller said she had just entered her classroom and was about to start a lesson when she heard a gunshot. She quickly got her students to a storage space in a classroom, where they stayed during the incident. Miller said her students were "the perfect match" for her to go through this situation. She said they stayed calm and followed her instructions.

"I just treated them as if they were my children," said Miller.