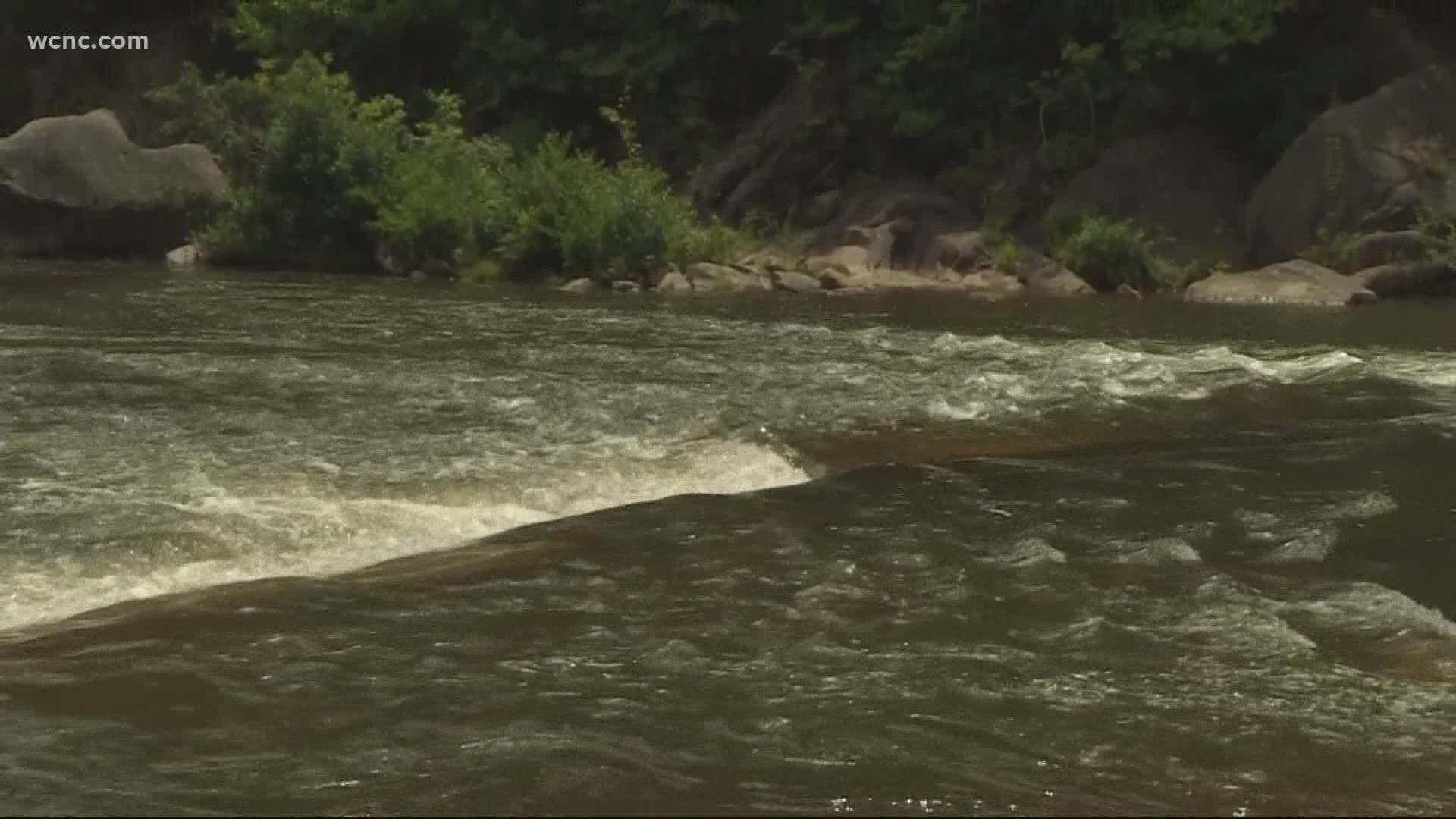 COLLETTSVILLE, N.C. — As Caldwell County deputies continue to investigate how a teenager drowned over the weekend in Wilson Creek, Collettsville firefighters are warning visitors to plan ahead before their trips.

Collettsville Fire Department said they responded to the drowning around 6 p.m. Saturday.

The free-flowing creek cuts through Pisgah National Forest before meeting with the Johns River and eventually emptying into the Catawba River.

"In my opinion, this is just as strong as a rip current that would be in the ocean," he said.

“Wilson Creek is a very unforgiving area.” | Collettsville’s fire chief took @wcnc to the slippery banks of Wilson Creek where firefighters recovered the body of a teenager who drowned Saturday. Chief Trevor Key said this was the creek’s first drowning in almost 8 years. (1/2) pic.twitter.com/NGFhRblkku

Despite the risks, Chief Key said efforts to make the area safer have worked because this was Wilson Creek's first drowning in more than seven years.

In the summer of 2013, he said firefighters responded to five drownings just in a two-mile stretch of Wilson Creek.

After that summer, he said they got grant funding to install signs and flood sirens because many of the drownings happened when rain from Grandfather Mountain caused the creek to quickly rise several inches.

Firefighters and deputies patrol the area more frequently when visitors come during the summer months, and they warn people who may be doing dangerous activities in the water.

But as last weekend's drowning showed, Chief Key said it's still dangerous on the creek.

He said the people most at risk are those who don't research the area, including not realizing the area has no cell signal.

"You need to know the area. You need to be prepared," Chief Key said. "Life preservers are a must."