The "Texas Heartbeat Act," which became law last week, bans abortions after a fetal heartbeat is detected, including in the cases of rape and incest. 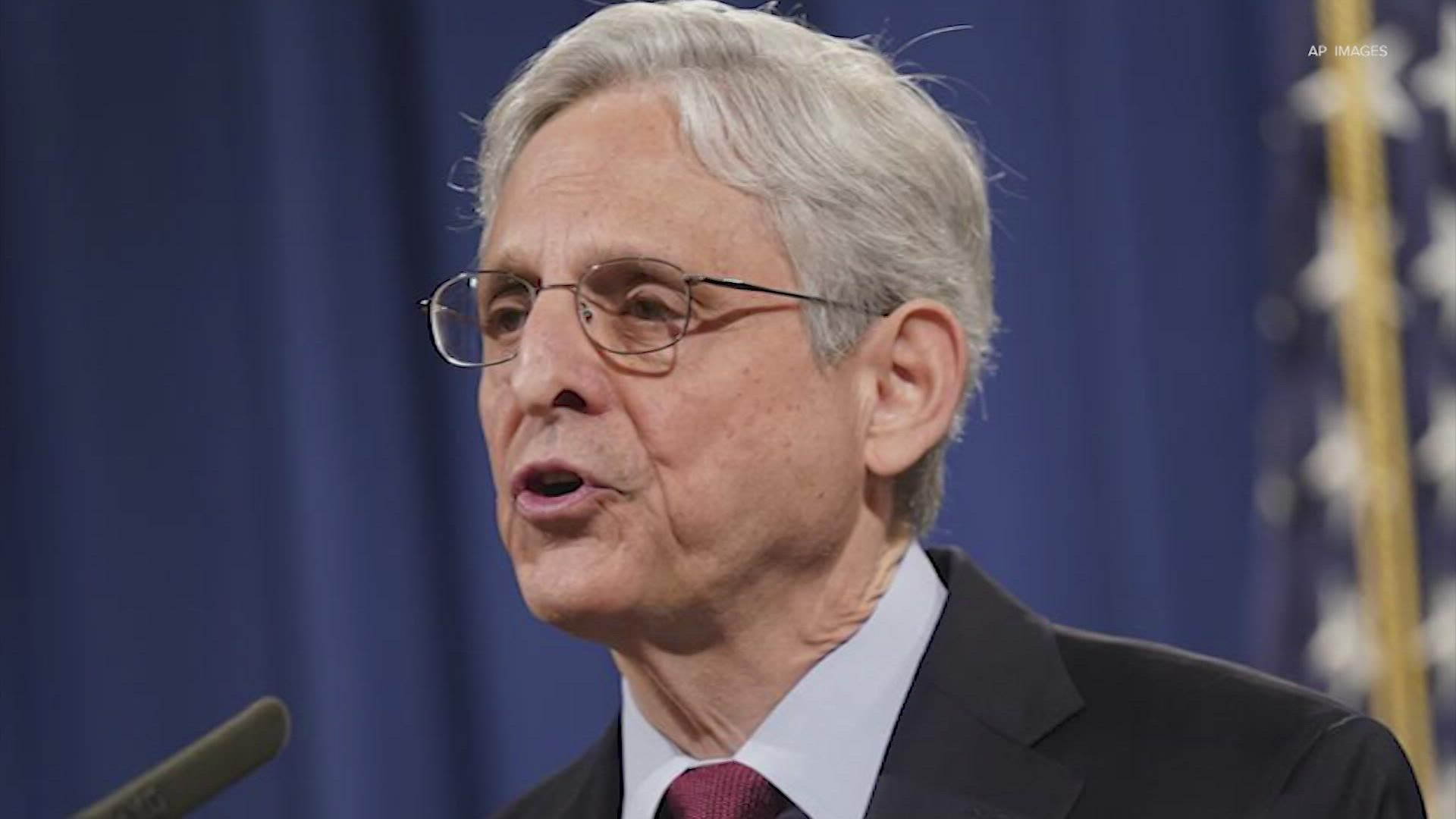 Garland warns that federal law prohibits the use of force or threats against women who want an abortion or abortion providers, and it will be enforced.

"The department will provide support from federal law enforcement when an abortion clinic or reproductive health center is under attack," Garland said in a statement.

SB8, known as "Texas Heartbeat Act, bans abortions after a fetal heartbeat is detected, usually around five weeks and before many women know they are pregnant. The ban includes victims of rape and incest.

SB 8 differs from previous abortion laws passed in Texas because the state's top attorney won't enforce it – the public will. Private citizens can sue abortion providers and collect at least $10,000 if they win. Opponents are calling it a "bounty."

Garland said the Justice Department will continue looking at options to challenge the enforcement of SB 8 and protect the constitutional rights of women.

“While the Justice Department urgently explores all options to challenge Texas SB8 in order to protect the constitutional rights of women and other persons, including access to an abortion, we will continue to protect those seeking to obtain or provide reproductive health services pursuant to our criminal and civil enforcement of the FACE Act, 18 U.S.C. § 248.

“The FACE Act prohibits the use or threat of force and physical obstruction that injures, intimidates, or interferes with a person seeking to obtain or provide reproductive health services. It also prohibits intentional property damage of a facility providing reproductive health services. The department has consistently obtained criminal and civil remedies for violations of the FACE Act since it was signed into law in 1994, and it will continue to do so now.

“The department will provide support from federal law enforcement when an abortion clinic or reproductive health center is under attack. We have reached out to U.S. Attorneys’ Offices and FBI field offices in Texas and across the country to discuss our enforcement authorities.

“We will not tolerate violence against those seeking to obtain or provide reproductive health services, physical obstruction or property damage in violation of the FACE Act.”

The induction of this law has gained a lot of national attention, including remarks from President Joe Biden who blasted the U.S. Supreme Court for refusing to block this law and slammed the Texas Legislature for passing new law.

Biden called it “a bizarre scheme that unleashes unconstitutional chaos and empowers self-anointed enforcers to have devastating impacts.”

VIce President Kamala Harris even released a statement when the law was passed and said, "This decision is not the last word on Roe v. Wade, and we will not stand by and allow our nation to go back to the days of back-alley abortions." Harris said. "We will use every lever of our Administration to defend the right to safe and legal abortion—and to strengthen that right."

What are the legal ramifications of the new abortion law?

KHOU 11 legal analyst Carmen Roe weighed in on the legality of the new law.

"This is definitely a law that's in opposition to most if not all U.S. Supreme Court precedent on the books, including Roe v. Wade because it effectively denies a woman the right to an abortion in Texas, so that's something we're very concerned with and as we move forward, we expect to see changes and enhancements to this law," she said.

READ: What does the new Texas abortion law do?

You can watch our full interview with her below.