'Textalyzer' Would Bust Texting Drivers, Could Come to NC

CHARLOTTE, NC – A device that would bust distracted drivers is causing controversy as leaders debate whether to bring it to the Carolinas. 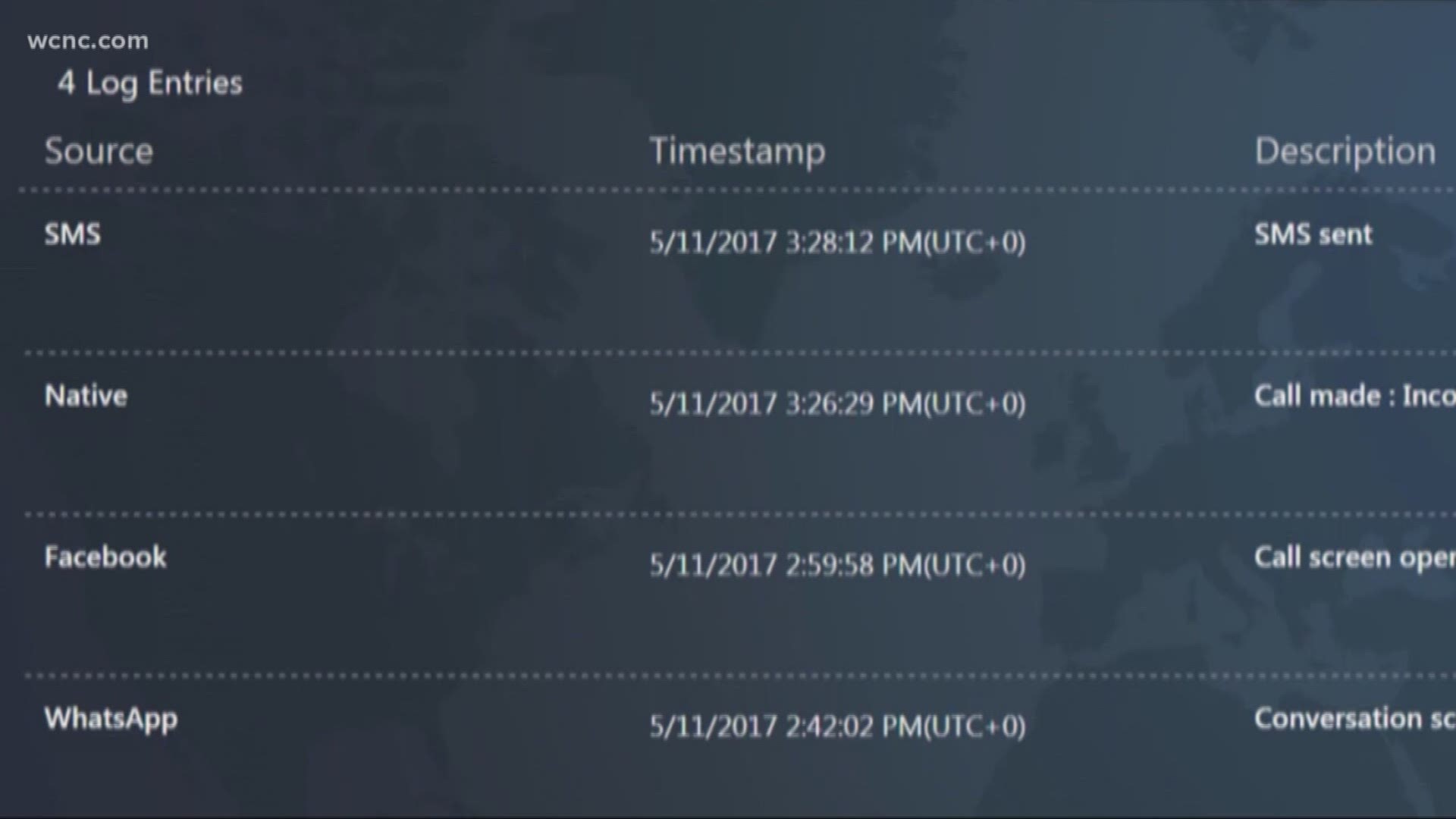 CHARLOTTE, NC – A device that would bust distracted drivers is causing controversy as leaders debate whether to bring it to the Carolinas.

The device is called the “textalyzer,” and law enforcement could use it to see if a driver was on their phone in the moments before a crash.

Last year, North Carolina saw a record number of distracted driving crashes, with 177 people being killed. Some think the textalyzer could help, while detractors argue it’s an invasion of privacy.

RELATED: New York May Be First to Legalize 'Textalyzer'

Think of it like a breathalyzer for your cell phone. When connected to a phone, the program shows when a person has been typing or swiping.

“And if that is the time just before the accident, that’s not good for you,” said Jim Grady, CEO of Cellebrite USA, the company that makes textalyzer.

In 2016, 1,398 crashes were caused by drivers who were distracted by cellphones. Of those crashes, 575 caused serious injury and 11 were fatal.

“This idea of a textalyzer, it’s revolutionary,” said Chris O'Brien, an attorney who specializes in car accident cases.

Texting while driving is illegal in 47 states, including the Carolinas. New York is the first state to consider passing use of the textalyzer into state law.

“What we want is a situation to hopefully reduce the amount of negligent drivers out there,” said O'Brien.

Opponents argue the device is an invasion of privacy since it would allow our phone to be searched without a warrant.

“There’s no guarantee when you hand your cellphone over to a police officer that that officer won’t be looking at and documenting all kinds of personal data about you,” argued American Civil Liberties Union senior policy analyst Jay Stanley.

The president of the company that makes the textalyzer says the program doesn’t reveal any details.

“When we talk to the critics, we explain we’re not getting anything about what was said in the texts or who it was sent to, just the touches and swipes,” said Grady.

Do you think NC officials should adopt the "textalyzer," a device that can tell if drivers were on their phones on the road? @wcnc

In a Twitter poll conducted by WCNC’s Savannah Levins, 52 percent of those polled are against the idea of bringing it into law.