Some Duke fans met him in person. Others only saw him from the stands or from the couch. All are figuring out what it will mean when he retires. 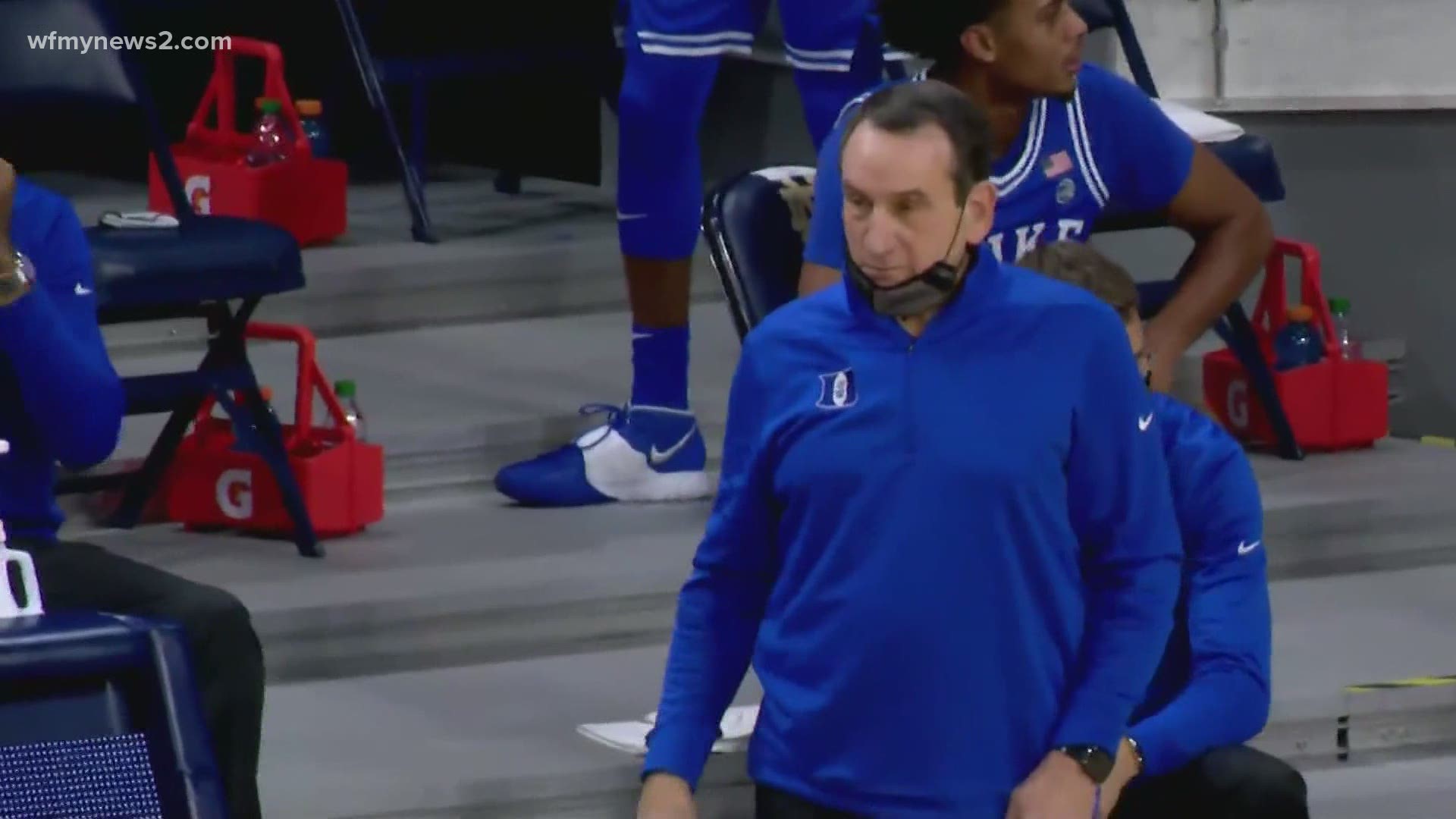 GREENSBORO, N.C. — Those Cameron Crazies have gotten used to seeing Coach K on the court but now they are learning next season will be his last.

It's been 41 years of memories and many fans still remember the day he was hired.

Some met him in person. Others only saw him from the stands or from the couch. All are figuring out what it will mean when he retires.

"As silly as it might be we really are heartbroken to see him go," Hayley Sanon said.

Blue Devil fans said nothing can take away the memories. Alumna Ross Harris has pieces of the floor from when the team won the National Championship in 1991.

"For the first three years I was at Duke as an undergrad we were in the last of the ACC," Harris said, "Then in our senior year, in 1978, we went to the Final Four and actually to the final so all of a sudden our basketball team was on fire."

Coach Bill Foster left and then a new coach with a hard-to-pronounce name came in and said, "Call me Coach K."

He left his mark on Duke, much like his signature on a basketball given to Harris as a gift. She calls it one of her treasures.

Coach K also left an impression on other coaches.

"One of the greatest things about Coach K is his leadership and ability to communicate with his players," Coach Freddy Johnson said, "He taught me that at a young age."

Johnson is the Athletic Director and boys basketball coach at Greensboro Day School. He met Coach K soon after he arrived at Duke. Johnson helped with Duke's basketball camps early in his career.

Coach K gave Johnson a pair of sneakers after they met. Johnson keeps them in a case in his office and has never worn them. The two have remained close over the years and one of Johnson's former players went on to play at Duke as a walk on.

For some life long fans, Coach K is the only person they've ever seen lead Duke basketball.

"I'd seen Coach K before but the first time after getting accepted, as soon as he walked on I thought that’s my coach," Hayley Sanon said.

Sanon grew up in Winston-Salem as a Duke fan. After graduation, she moved to Greensboro before settling in Washington D.C.

She remembers how her fandom shifted once she started at Duke as a freshman.

She went on to be a Dancing Devil and to be there for the 2015 National Championship.

"That was just a campus changing experience," Sanon said, "The joy that everyone felt that was because of Coach K's leadership."

His retirement combined with the departure of UNC Head Basketball Coach Roy Williams will start a new era.

"I think it's going to change the face of at the ACC for a little while in terms of what the basketball season really means for those of us that are basketball fanatics," Harris said.

These fans are excited for Assistant Coach Jon Scheyer to step up as head coach.

"I think the future of Duke basketball will be just fine. When you lose someone like Coach Krzyzewski it’s going to hurt some but Coach Scheyer is part of the family," Johnson said.

He also hopes Coach K doesn't go too far from the basketball world.

"I hope he stays involved in college basketball because we need somebody like him to be an ambassador for us and represent us in (conversations with) the NBA," Johnson said.

For now, those who knew Coach K are grateful and ready for what his last season could bring.

"I’m excited, I’m going to be glued to the television for every game we’ve got left with him," Sanon said, "I'm excited to see what he’s able to accomplish in his last year. Maybe a Sixth banner I don’t know."