The goal is to get everyone moved out by 2020 and start demolition the same year. All the construction should to be done in 2025. 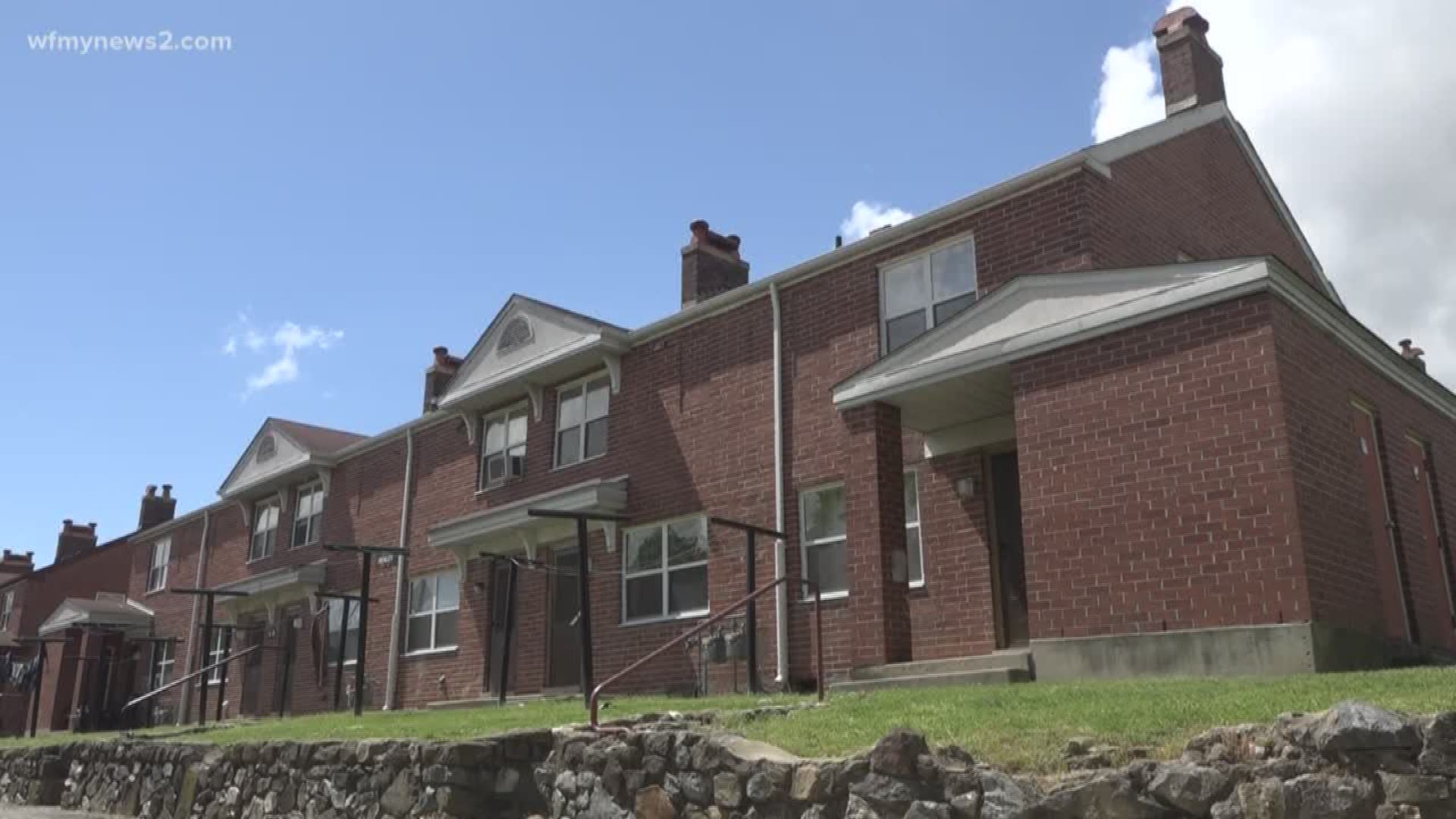 HIGH POINT, N.C. — On a sunny Thursday, it's not hard to find a friendly face at the Daniel Brooks Homes in High Point.

"We don't have too many homes like this around High Point anymore," explains Cederick Armstrong, who's spent about 15 years in the community on and off.

But soon, these homes will be gone, too.  And for many, the change is welcome.

The High Point Housing Authority says HUD approved a plan to demolish the old buildings and rebuild new affordable housing options on the grounds.  That means more than 200 buildings will be destroyed and rebuilt and more than 200 families will be relocated.

"It’s better than what it used to be, a little bit," says Michelle Loflin. "But it’s starting to go back down hill."

One of the main reasons Loflin is excited to move is to get to a better neighborhood.  A crime map shows a range of regular crime in the neighborhood, and she's worried for her children.

"It should be better," she says. "They’d be able to be outside and play and not have to worry about can they go this way and can they hang out or do they have to stay over here?"

Over the next few months, families like Loflin's will meet with the Housing Authority for placement in other affordable housing options.

The goal is to get everyone moved out by 2020 and start demolition the same year.  All the construction should to be done in 2025.

"I'm happy because they need to do something to them," says Tina Steele.  "They're kind of old."

According to the High Point Museum, the city's housing authority received a $1.7 million loan from the U.S. Housing Administration in 1940 to clear areas that qualified as slums and construct 450 modern apartments. The racial segregation of the era meant building two separate developments. Both projects were completed in 1942.

The 250-unit Clara Cox Homes, located on the present site of Park Terrace Apartments near East Russell Avenue, was for white citizens. Daniel Brooks Homes, built for African Americans, are located off West Avenue and Henley Streets, near Penn-Griffin School for the Arts.

Staff at the Museum say the complex was named for Rev. Daniel Brooks because of his service to the community.  He was a Methodist Minister in High Point and served multiple terms as a city school commissioner.