Jack True Sr. was known as the "Santa of Chapman Street." His son, Roger True, is keeping his memory alive with festive Independence Day decorations. 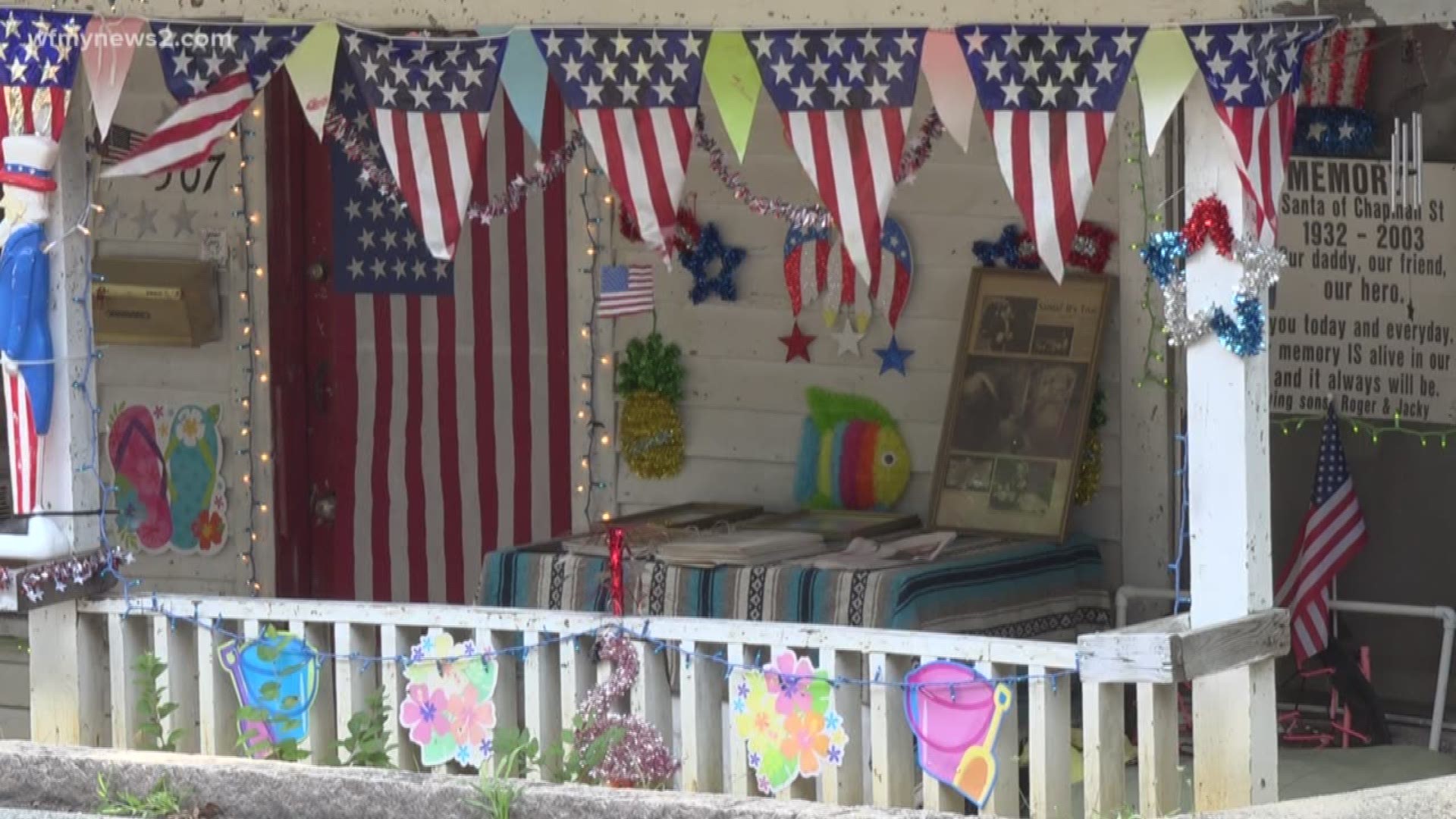 GREENSBORO, N.C. (WFMY)-- A Greensboro family is keeping a 50 year tradition alive by decorating their home for Independence Day.

Roger True's father, Jack True Sr., was known by the community as "Santa of Chapman Street."

Roger True remembers his dad buying a Santa suit from Sears and sitting on their decorated porch to give out candy to kids in the neighborhood every winter. The festive decorations were a huge attraction, with cars lining up to see them.

Jack True would also decorate their home for other holidays throughout the year, like Halloween and Easter.

Back in the 80's, the True family almost had to move out of their house because they couldn't afford it. The community started a fundraiser called "Santa is True" and raised enough money to buy the house.

"He gave so much and then the community gave to him, so it's like still carrying on a tradition everybody loved and giving back," says Roger True.