'He helped raise me' | The Triad reacts to Alex Trebek's death, health experts weigh in

"Jeopardy!" host Alex Trebek wasn't just a familiar face. He was like family. 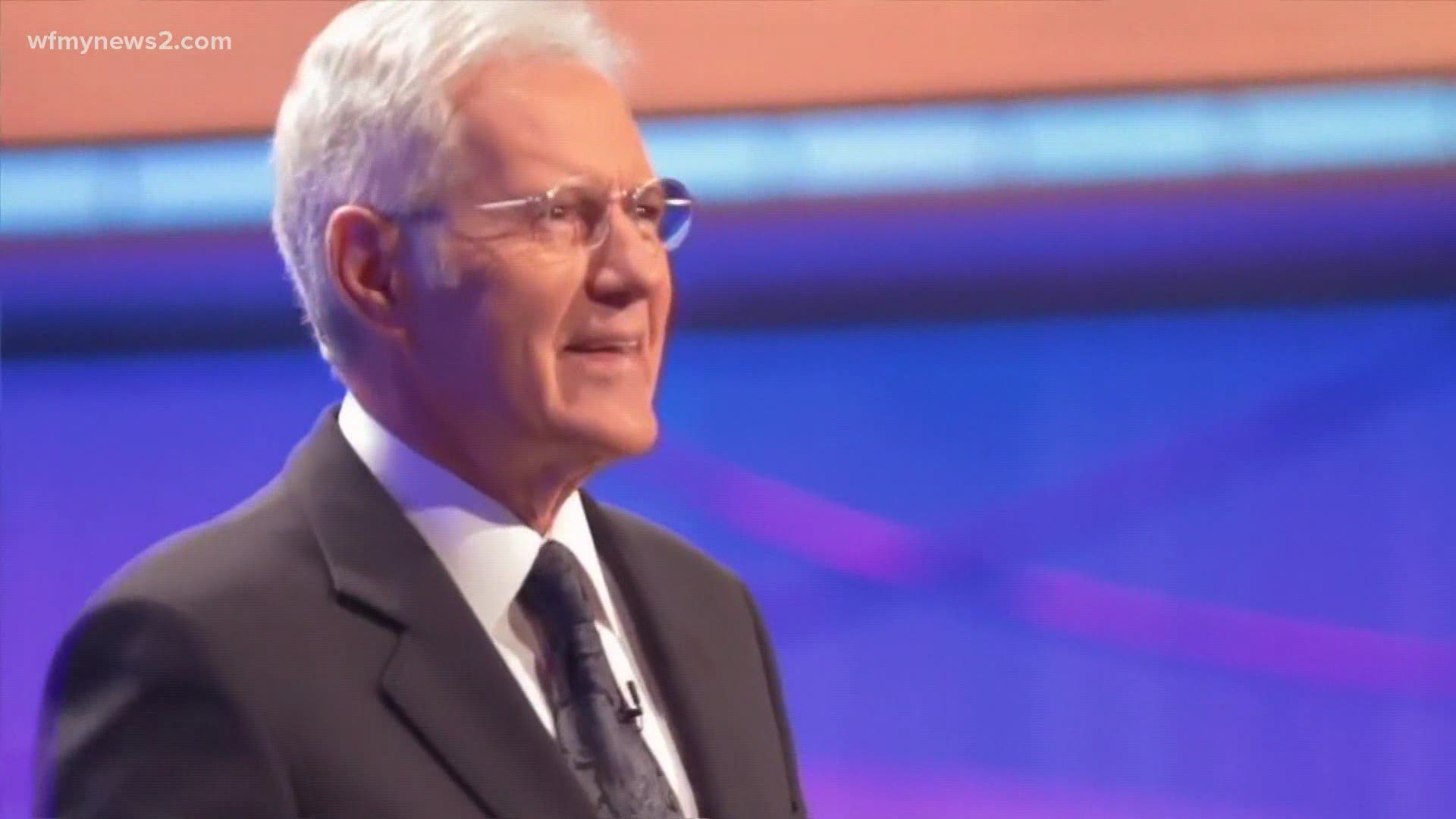 GREENSBORO, N.C. — A winning "Jeopardy!" contestant along with the rest of the nation is in mourning.

"Jeopardy!" host and legend Alex Trebek died in his home surrounded by loved ones Sunday following a 1.5 year battle with stage 4 pancreatic cancer.

Trebek hosted the game show since 1984.

He was still hosting and smiling up until the very end.

"I appreciate the fight and drive Alex brought and the openness he had in telling the public about it," Rohan Kapileshwari.

Kapileshwari was one of a handful of Triad natives who were featured as contestants on the show.

But even those who never met Trebek didn't just see him as a familiar face, he was more like family.

Whittington said he's been tuning into "Jeopardy!" since he was nine years old.

"I came straight to my mom's house in a ball of tears when I heard the news of his passing."

He believes the show helped him pass history classes.

"My parents really made me watch "Jeopardy!" because you have to think about it, he really did have a lot of Black History moments."

RELATED: Alex Trebek brought consensus, class to a nation in need of both

"I had cancer, my mom had cancer, and my father died from cancer so he was a fighter for cancer and every moment they spoke about cancer on "Jeopardy!" it really touched me."

"The life expectancy of pancreatic cancer, especially in the stage 4 setting, is about the same timeline as what unfortunately happened to Mr. Trebek," Dr. Zhao explained. "The overall prognosis is generally pretty limited it's anywhere from 6-12 months, sometimes more or sometimes less."

Early detection is tough, because the signs and symptoms don't often appear until a late stage of the cancer's progression.

"I think it goes back to the importance of screening for pancreatic cancer in patients with a family history of cancers including breast & colon, that can suggest a certain genetic syndrome that can lead to cancer."

Why does pancreatic cancer have the highest mortality rate?

"Unfortunately, despite the improvement in treatment, we are still behind in pancreatic cancer treatments compared to other types of cancers," Dr. Zhao stated. "So the earlier the diagnosis is, the earlier the detection, the better the prognosis."