Kimberly Wyrick said the lines for gas in Guilford County reminds her of the unnecessary pandemic toilet paper panic. 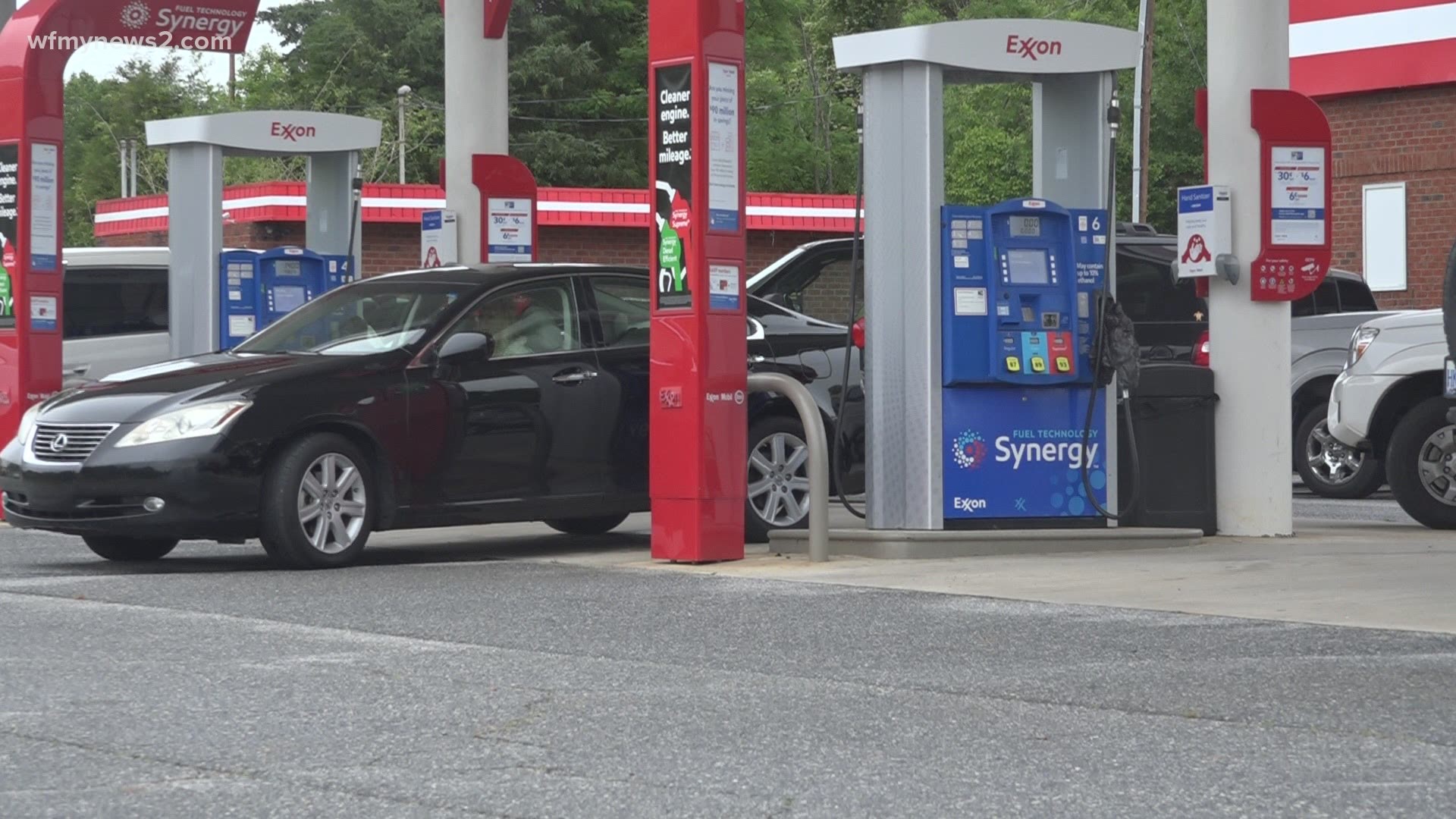 GUILFORD COUNTY, N.C. — At a Summerfield Exxon gas station, an employee who usually stocks coolers inside told WFMY News 2's Jess Winters he's had an additional job the past two days – directing traffic at the pumps.

The lines were that out of control. Before the station completely ran out, he was limiting each car to $30 dollars worth of gas, unless they were first responders.

Winters spoke to people in line. Some were self-proclaimed panic-buyers.

"I need gas, but in regular days I could probably wait a few more days but I'm afraid to not be able to find it in a few days," one woman in line named Danielle joked.

"I’m going to say a little bit of panic," another man said. "I know eventually we’re going to get this thing taken care of, but I take people back and forth to the hospital and I feel like I need to have that reserve just in case."

Others don't know what all the fuss is about.

"There’s no reason to panic, if you have enough gas for a week everything's going to be fine."

Kimberly Wyrick agreed. She waited about 20 minutes for gas.

Wyrick said it reminds her of the unnecessary pandemic toilet paper panic.

RELATED: 'If it's price gouging, we'll go after them': NC AG explains how to make a complaint

There are still some stations in the Triad with fuel, like Stokesdale Service Center.

Manager Dexter Jones said Tuesday was the worst, with people filling up hundreds of gas jugs.

"Yes, hundreds," Jones said. "Four to five per person. They're filling up all these jugs when they really oughta just purchase the fuel as they need it. There's no need to panic."

RELATED: Colonial Pipeline restarts system, operations getting back to normal

Watch out for price gouging too.

The state Attorney General's Office said as of Wednesday, they're investigating about 300 reports. That's way up from Tuesday when they only had 38 reports.