'This Rally Is Not About Education': A Conversation With Senate President Pro Tem Phil Berger, Weeks Before Teacher March On Raleigh

As school districts cancel class, and teachers prepare to march in Raleigh, WFMY News 2 sat down with one of the state's top Republicans, Sen. Phil Berger to talk about public education. 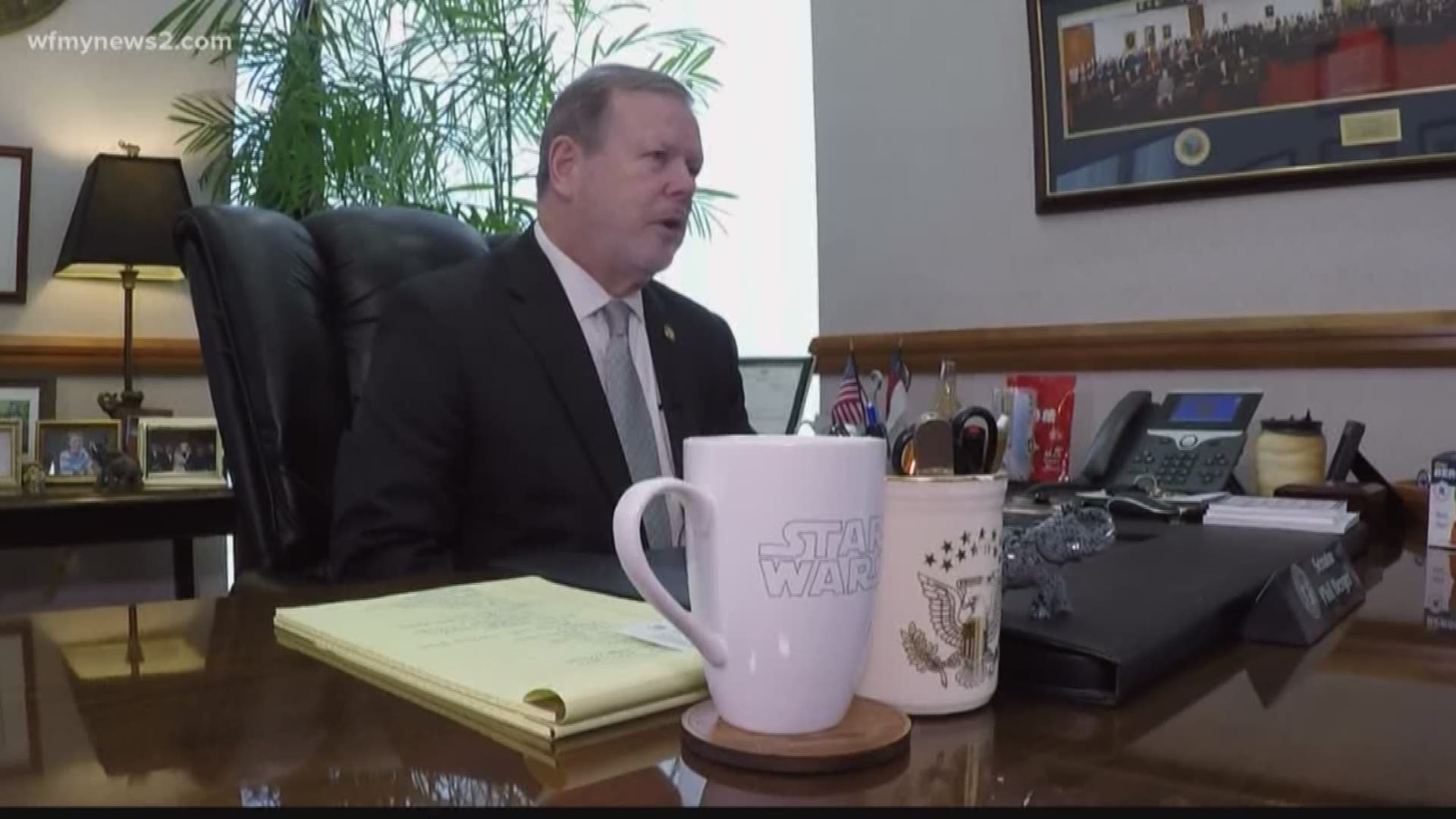 RALEIGH, N.C. — A little more than two weeks before teachers across the state rally in Raleigh, WFMY News 2 spoke with Senate President Pro Tem Phil Berger about the May 1 march, current education policies, and what the Republican Party plans to do for educators.

Senator Berger says, while he acknowledges teacher concerns: everything from school supplies to classroom safety, he believes the North Carolina Association of Educators' priorities revolve around getting more Democrats elected to state positions.

The Republican leader argues, lawmakers have been listening to teachers all along, and that, they're making progress - like increasing teacher pay.

"We've moved up eighteen slots in the National Education Association [NEA] rankings over the past four or five years, so a lot of positive things about education," he said, "For three of the past five years, we have seen some of the largest pay increases that North Carolina’s teachers have seen, in fact we are second in the nation in the rate of increase."

But the teachers want more than that. They're hoping for safer schools, a $15 minimum wage for all school workers, and for lawmakers to bring back advanced degree compensation - just to name a few of the issues.

In terms of school safety, Senator Berger says, they've looked a couple measures, but there's still a lot of discussion as to what the approach will is to deal with those issues.

"One option is to have resource officers, and there has been an effort to increase funding with resource officers," said Berger, "There is also some thought, with the teachers and other school personnel, appropriately trained, being allowed to carry or have a weapon at the school. It might be a way to deal with some of the incidents that we have seen in other states. It's a very controversial topic when you start talking about arming school personnel. I personally think that appropriately trained, that may be part of a solution."

On the topic of a $15 minimum wage, Berger says, that may be up to local systems.

As for reinstating advanced degree pay, he says, don't bet on it.

"We looked at that very carefully," he said, "We made a decision several years ago, because the data is pretty clear that simply because somebody has a masters degree in education or in another field doesn’t make that person a better teacher when you look at the outcomes for students."