Thomasville Police are warning community members to be on the lookout for thieves who are jacking up cars and stealing expensive catalytic converters. 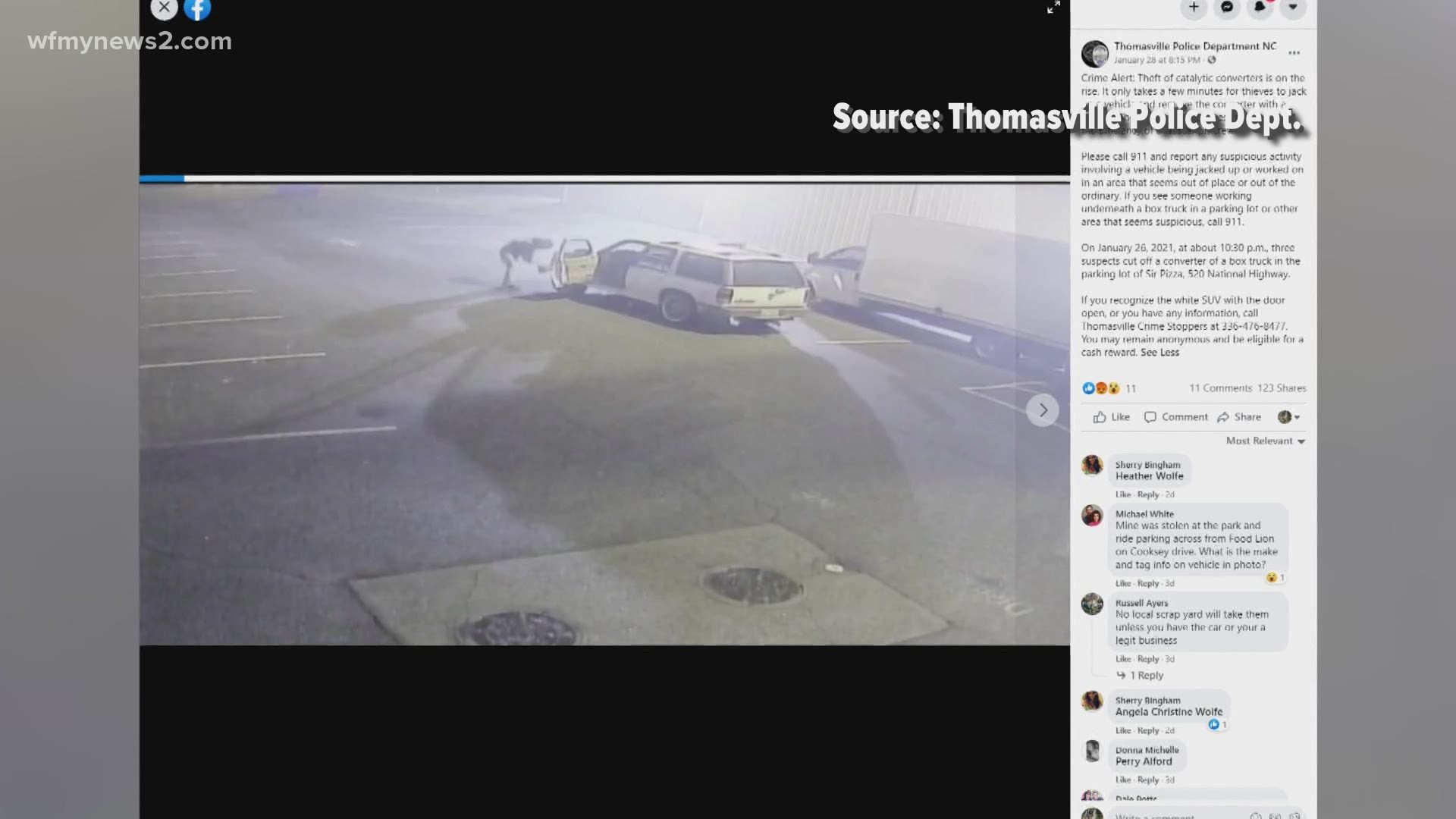 THOMASVILLE, N.C. — Thomasville Police are warning community members to be on the lookout for thieves who are jacking up cars and stealing expensive car parts.

"Theft of catalytic converters is on the rise. It only takes a few minutes for thieves to jack up a vehicle and remove the converter with a Sawzall. The experienced thieves can work with the efficiency of a Nascar pit crew," the Thomasville Police Department warned in a Facebook post.

A catalytic converter is valuable to thieves because the car part contains precious metals like platinum, palladium, or rhodium, and can be sold to metal dealers and scrap yards, according to allstate.com.

The police department cited a recent incident on Jan. 26 around 10:30 p.m., where three suspects were caught on camera cutting the converter off of a box truck in the parking lot of Sir Pizza.

"If you recognize the white SUV with the door open, or you have any information, call Thomasville Crime Stoppers at 336-476-8477. You may remain anonymous and be eligible for a cash reward," police said.

You're asked to call 911 and report any suspicious activity involving a vehicle being jacked up or worked on in an area that seems out of place or out of the ordinary. If you see someone working underneath a box truck in a parking lot or other area that seems suspicious, call 911.