Rockingham County has been hit the hardest with power outages during Thursday’s ice storm but officials said they were prepared for worse conditions. 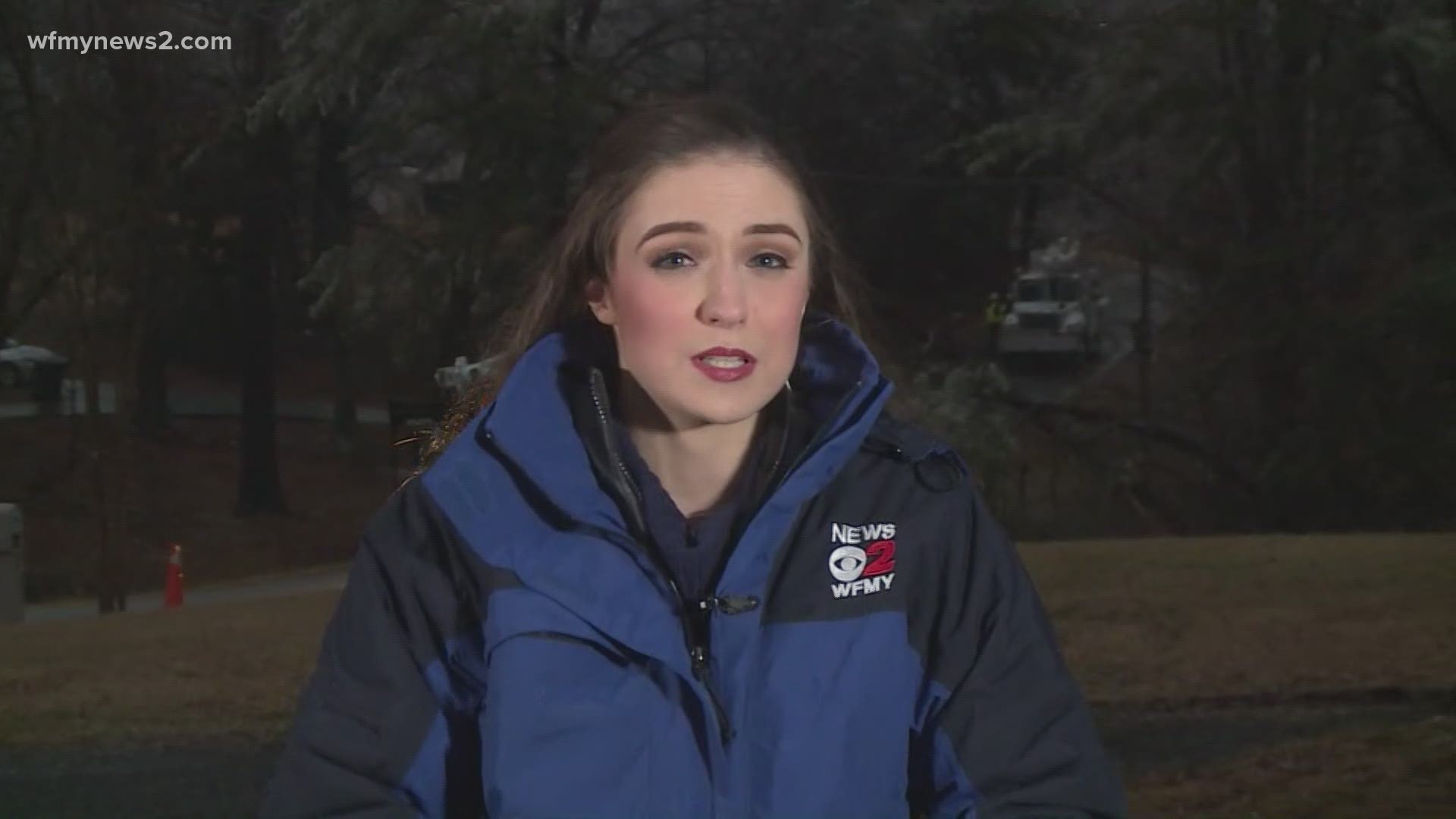 EDEN, N.C. — A few thousand people remain without power in Rockingham County Thursday night after ice blanketed much of the Triad.

Rockingham County was also hit hard with power outages during a storm Saturday.

On Thursday, fallen trees came down on power lines and roads but county Emergency Services Director Rodney Cates said it was not as widespread as they feared it would be.

"I would say the northwest corner of the county, Stoneville to Janet Road (near) Highway 220 North is probably the most hard-hit area that we have at this point," Cates said, "We have not seen the magnitude of damage, trees down, power outages that we thought we might see. We're very fortunate and very glad of that."

Many of the trouble spots, including a road closure on Janet Road were cleared before nightfall. Cates said there are still concerns about freezing overnight,

"The freezing drizzle that we could see now there's some more percentages of rain that we could see overnight that could freeze so I don't want anyone to take their guard down. We're certainly not out of this as of yet," Cates said.

The county will remain at an elevated threat level overnight and Cates said that means the 911 center will remain fully staffed and first responders will stay on high alert.

RELATED: TIMELINE: Another glaze on the way for some tonight