Nicholas Smith said he heard a loud noise during Thursday night's storms. After leaving his bedroom to investigate the noise, a tree came crashing down. 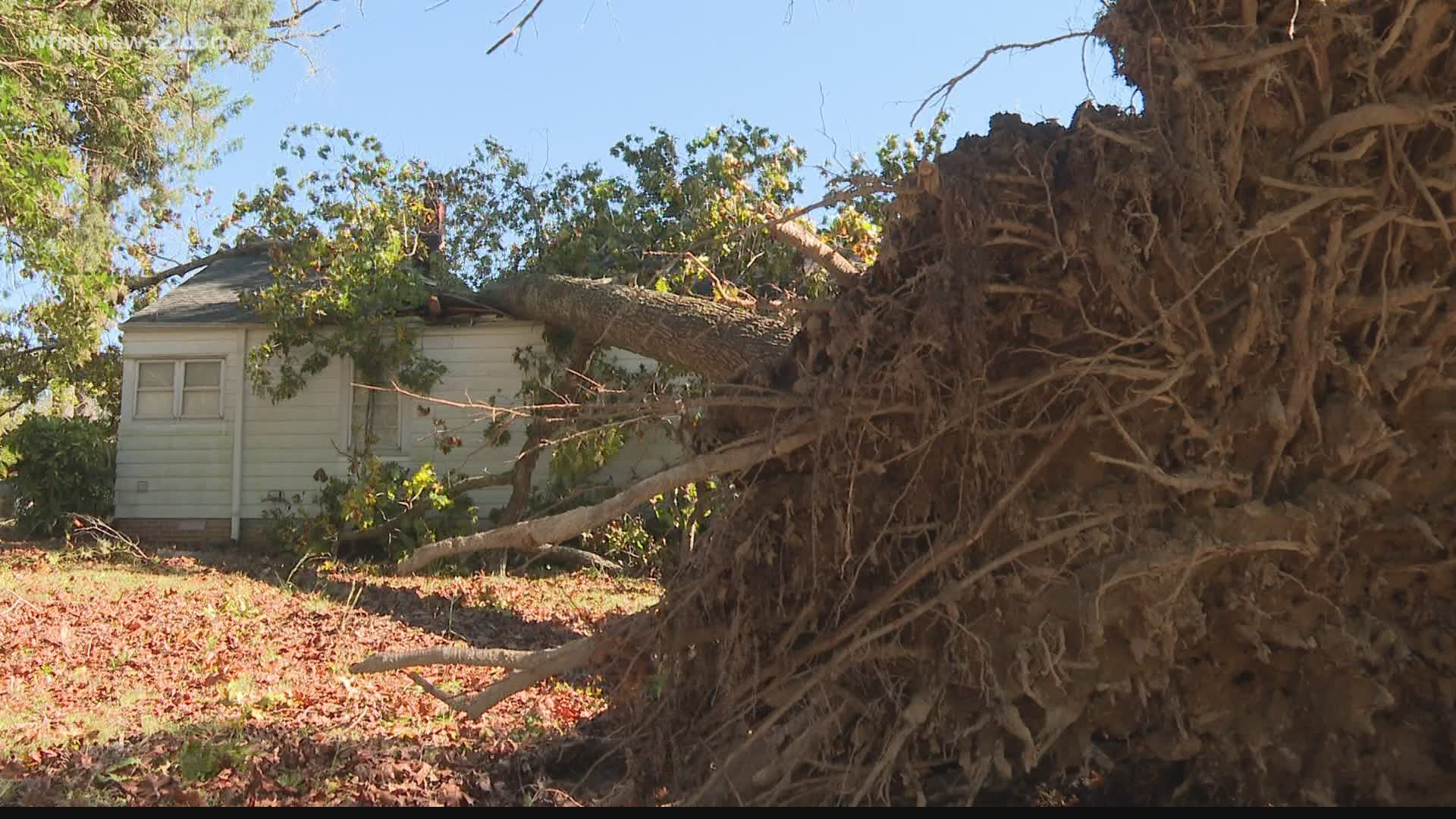 GREENSBORO, N.C. — A Greensboro Army veteran is counting his blessing after he narrowly missed getting hit by a tree.

Nicholas Smith said he was in bed around 10 p.m. Thursday when he heard a loud noise he described as sounding like a train. So he walked toward the back of his home on Wiley Lewis Road to look out the window.

"Next thing I heard was a big crackling of noises in the ground was shaking and then the power went out and I heard a tree fall down and I thought I was going to die but I didn't," Smith said.

A massive tree landed on his home. Had Smith been in his bed when there tree fell, things would be very different

"I’m just grateful to be alive right now and grateful nobody else was in the house," Smith

Smith also said he's thankful for his neighbors who let him stay in their camper.

This is the second time trees have caused problems for Smith. Two years ago, two other trees destroyed both of his vehicles.