The group said the 35 dogs seized in Rockingham County have a long road ahead of them. A man faces 15 charges, including animal cruelty, in the case. 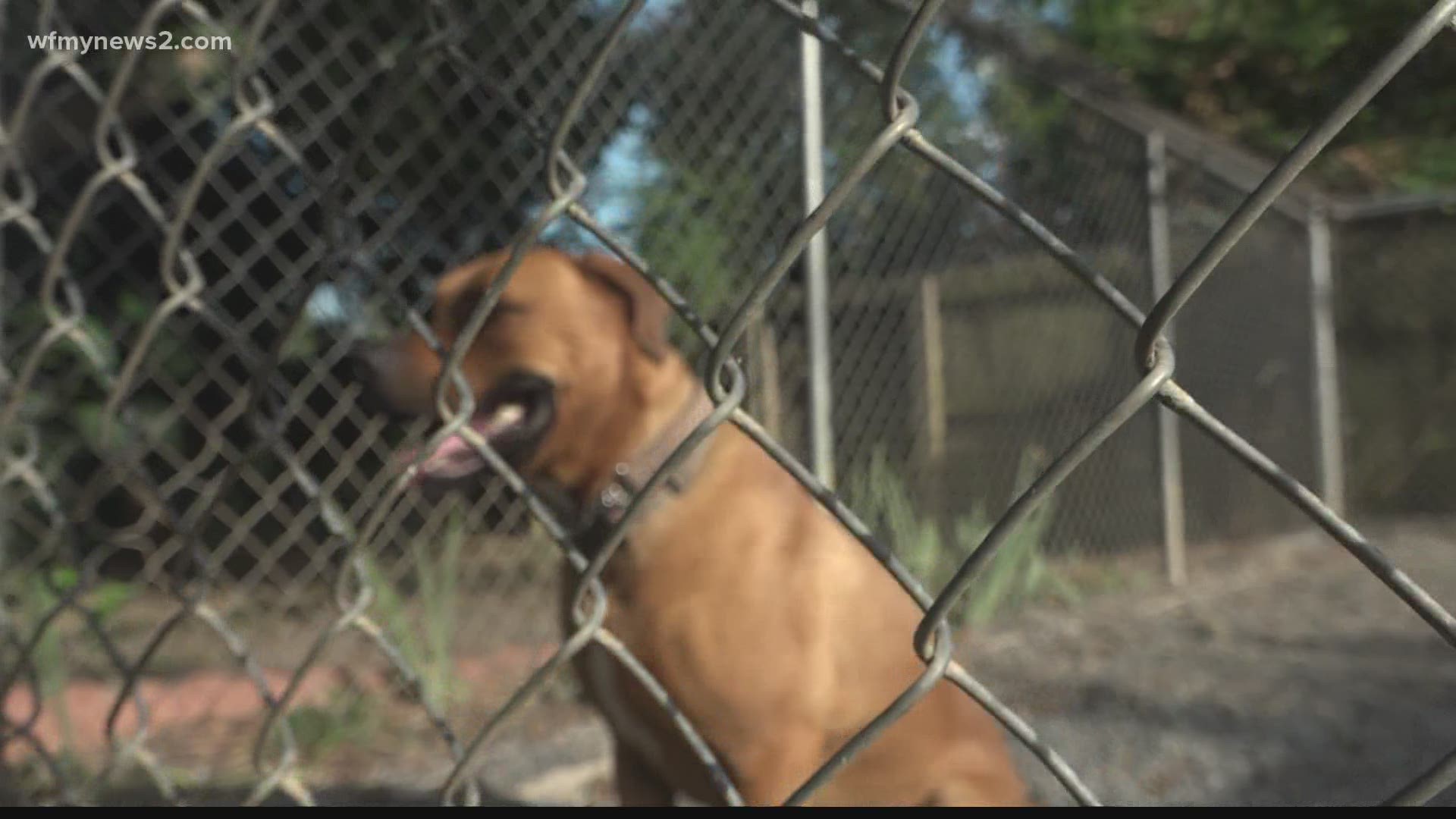 ROCKINGHAM COUNTY, N.C. — One man is charged after 35 dogs were rescued during an investigation into a possible dogfighting ring in Rockingham County.

The county animal shelter is taking care of them as this case plays out, but getting the dogs to a new home could be a lot more difficult than it sounds.

"It's just a tragic scenario all the way around," Herb Moniz said.

Dogs of all ages were found chained up at a home in Madison back in March. Some had broken bones and scars. The Sheriff's Office said the animals were being trained to fight other dogs.

"Dogfighting, once they instill that kind of temperament into the animal, it takes forever and sometimes it may never come out of the animal," Moniz said.

Moniz has eight dogs up for adoption and they are eager to find love and a home.

He offers them a chance to find both but he knows all too well that the road is harder for some.

He said one dog, Patches, wakes up howling due to neglect. Another dog named Scooby is wary of strangers because he grew up without socialization.

15 of the dogs at his shelters are "lifers," meaning they likely won't find another home. It's different for those 35 rescued dogs.

The Rockingham County Animal Shelter said it will try to adopt out as many dogs as it can when the investigation wraps up and they are ready.

Moniz worries many of them might not have a chance with limited resources and money.

"It's (a) very, very low (chance) - probably 80% to 90% will be euthanized if people don't step up," Moniz said. "The people at Rockingham County Animal Shelter are great people and the last thing they want to do is euthanize any of these animals."

He said safety must always be the first priority for pets and people.

"Hopefully, it'll all work out best for as many animals as possible," Moniz said.

WFMY News 2 reached out to the county shelter for a comment about the rehabilitation process. Shelter Director Brittany Flynn declined to comment due to the continuing investigation.

"I hope you can understand and can support the dogs during this process," Flynn said in an email.

Officers arrested a suspect in this case. The sheriff's office said they found 42-year-old Darrick Fuller in Washington D.C.

He faces 15 charges, including animal cruelty.