From friends to firefighters to classmates: Triad friends graduate from college together

Andrew McLean and Nathan Turner worked at the Forbush Fire Department while getting their degrees at UNC Charlotte. 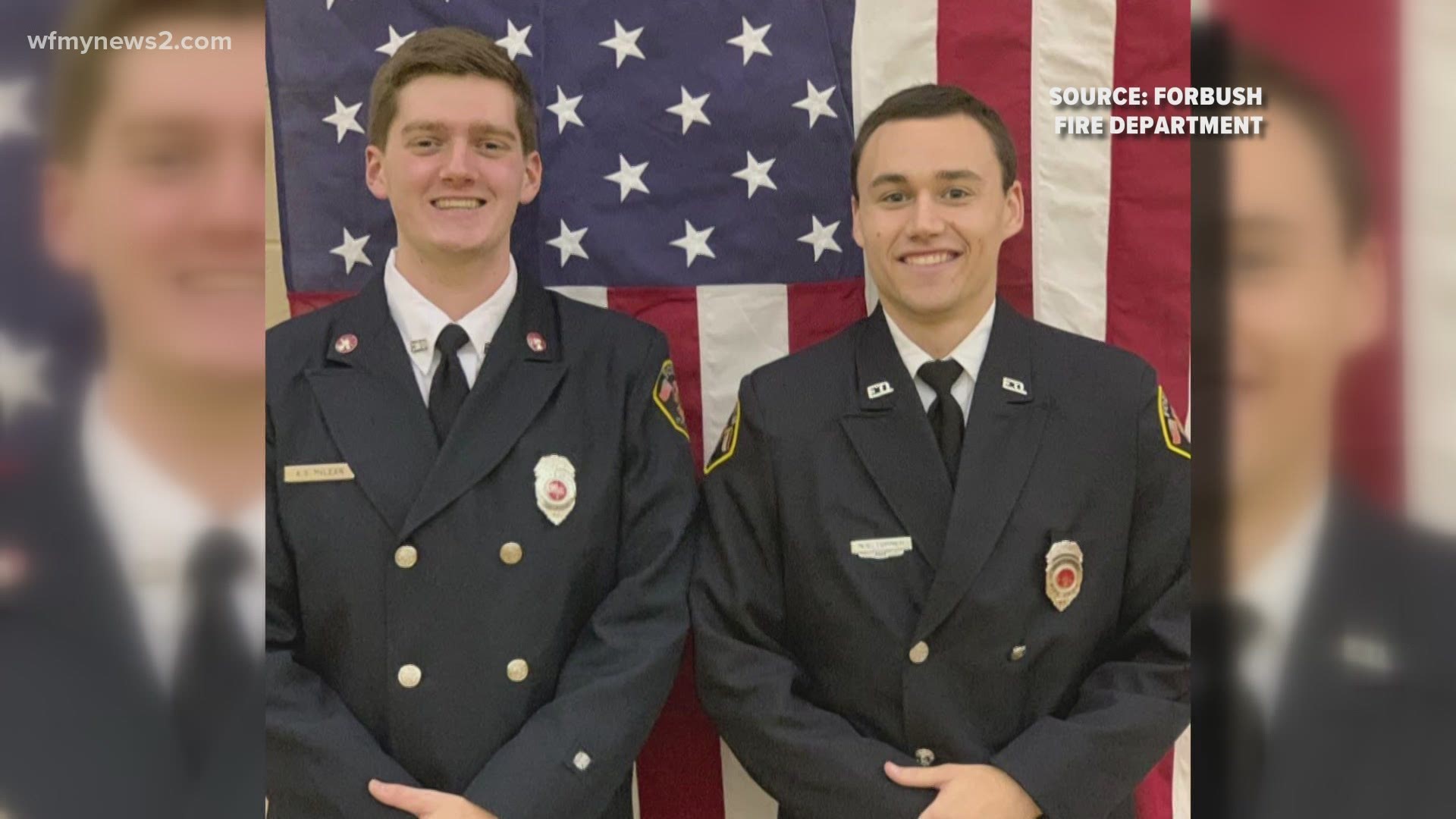 YADKINVILLE, N.C. — Two best friends celebrated a unique weekend as they finished college together during a pandemic.

Not only were Andrew McLean and Nathan Turner classmates at UNC Charlotte, but they're also both from Yadkinville and serve as firefighters at Forbush Fire Department.

Aside from the department family, their ties run deep into their own families.

“Even in elementary school, we had fire safety days," Turner said. "Pretty much my whole family was out there, because they were also volunteer firefighters at the time, and I mean, I was always around it and it’s just one of those things that I’ve always wanted to do and become.”

Turner and McLean both got bachelor's degrees in Fire Safety Engineering Technology. Both told WFMY News 2 that they have a bond most college students don't have.

“It was definitely nice for me knowing that I had at least one person from our pretty small hometown that I could still, you know, hang out with. Even growing up, I think we’ve definitely kind of been through the best and worst of times, you know together, especially down here at UNC Charlotte, it’s been a pretty hectic ride here," McLean said. "Even before that, I think that we’ve definitely developed a deep trust and definitely a special bond that even new friends in college didn’t quite make.”

When we asked what was next for the pair, they gave similar, yet different answers. Andrew plans to stay with the Forbush Fire Department until he can get a full-time firefighting job in Greensboro, High Point, or Winston-Salem. Nathan however, plans to go in a slightly different direction. He'll stay with the department for now but hopes to go more into engineering.