"Blackout Day" encourages shoppers to avoid spending money unless it's with a Black-owned business. 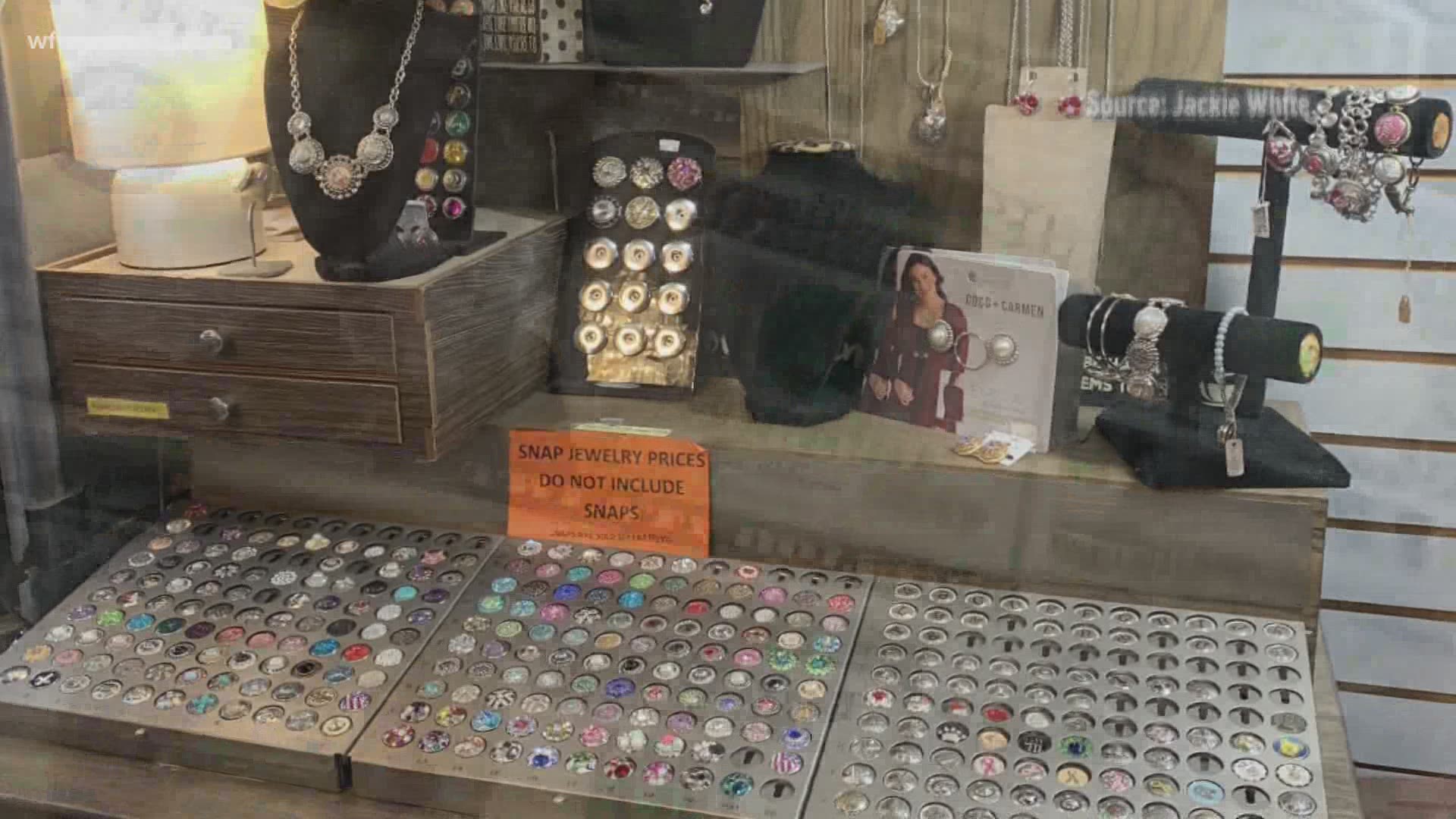 GREENSBORO, N.C. — Many people made an effort to only spend their money at Black-owned shops across the Triad Tuesday.

"People are really using this initiative and taking more time to be more intentional about where they spend their money," said Jackie White who owns African American Art and More in Four Seasons Town Centre Mall.

The premise of "Blackout Day" is mostly about avoiding spending altogether but to put money into Black-owned businesses if spent at all.

White has been building the "Greensboro's Black Cash Mob" Facebook group since 2017, a group that helps promote Black businesses in the Triad. It has close to 20,000 members.

White and marketing specialist Octavia Harris see the day as an opportunity for Black business owners to spread their brands.

"Social media has been a big impact on this," said Harris, "People are growing because they're having people just stop by and look at their pages."

Experts said that kind of visibility is needed for an economic climate that can be tough for those business owners.

"Black people are less likely to start a business and we're also getting some early data in since the COVID lockdowns started and that's telling us that Black-owned businesses are failing at about twice the rate as businesses on average," said Dr. Mark Burkey, an economics professor at N.C. A&T University.

Business owners and experts agree that to make a lasting difference it will mean choosing black businesses long after the blackout.

"Hopefully we can have a shared future that can be better than some of the ways we have been in the past," said Dr. Gwendolyn Bookman, a political science professor at Bennett College.

RELATED: Black-owned business you can support in the Triad