A Greensboro nightclub is among those struggling as they wait to receive part of the $32 million offered by the state. 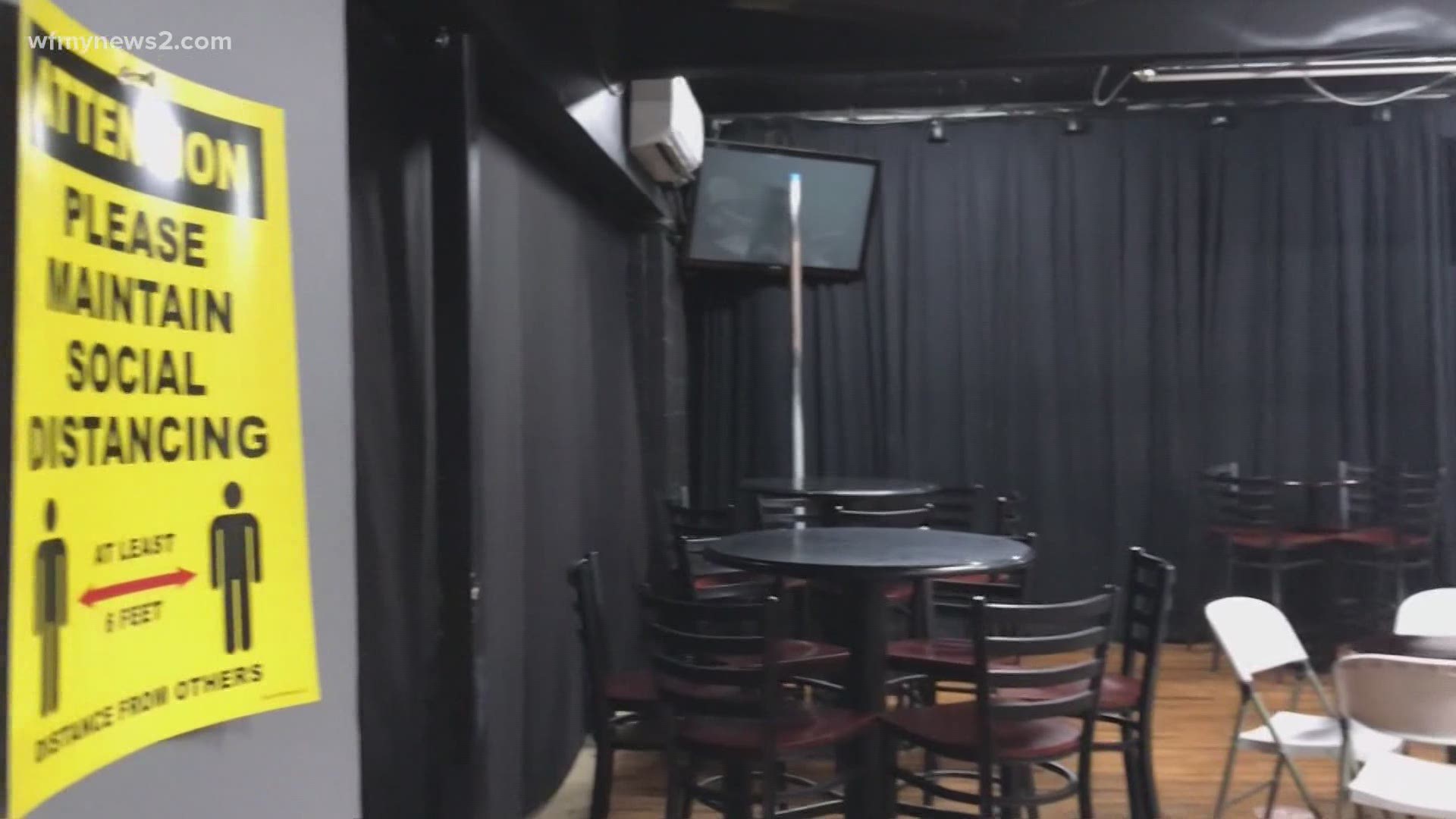 GREENSBORO, N.C. — The state has $32 million dollars of relief available for small businesses but some Triad business owners said they're still waiting to get their money.

It's been more than a month since the Chemistry Nightclub owner applied for the state's Mortgage, Utility and Rent Relief Program (MURR Program).

He applied in the first hours that the application was open, on October 2nd. It still came months after the pandemic changed everything for him.

"We were only approved for about half of what we applied to get," Wofford said.

The max amount a business location can receive under the MURR Program is $20,000. Businesses with multiple locations can receive up to $40,000.

"To be honest with you, 20 thousand dollars is not going to provide me relief," Wofford said, "It's gonna go to the landlord to cover some of the back rent."

It's been nearly two weeks since he heard anything from the NC Department of Commerce, which runs the program. He still hasn't gotten the money he was approved for.

Wofford said it comes as he and others are seeing another decline in customers.

"Less and less people are coming out, people are getting scared with these rising numbers and it's getting harder to pay our bills," Wofford said.

The NC Department of Commerce's website said it is no longer accepting applications to the MURR Program and that as of November 12, it received more applications than there are funds.

More than 3,200 people applied for the funds.

"I think it shows that North Carolina businesses are struggling and they need support and $40,000 is just a small dent of what we need without seeing mass businesses going under," Wofford said.

The NC Department of Commerce said via email Monday that a "handful" of applicants have received the MURR grant so far. The department said it expects to pay hundreds of them "immediately" following the Thanksgiving holiday.

RELATED: 'If I close my store it's probably going to be for good' | Small business owners struggle to break even as COVID-19 case counts rise