Here's how two Triad businesses are responding to the gas shortage. 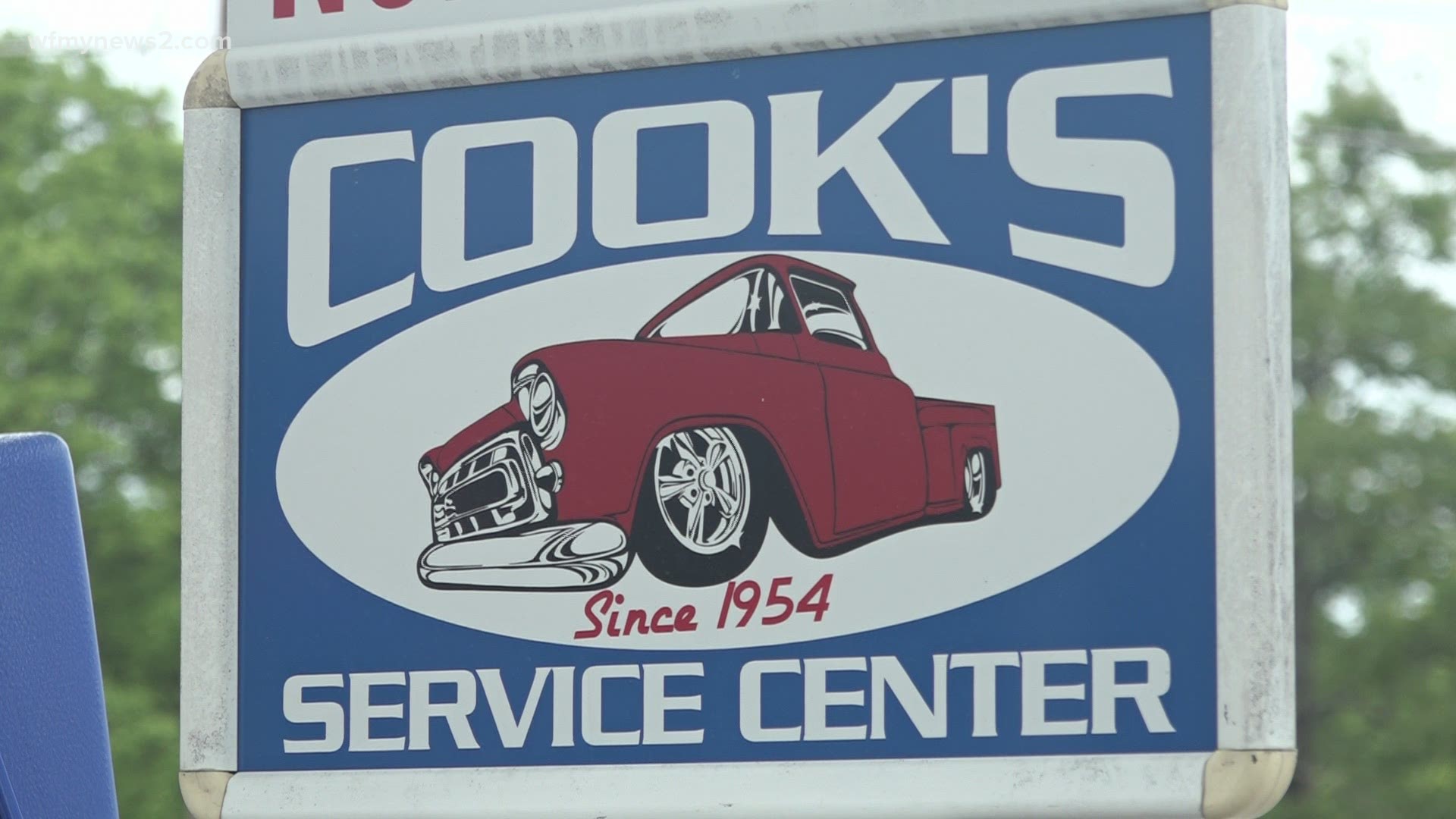 GREENSBORO, N.C. — Colonial Pipeline said Wednesday that it is back up and running. Things are expected to return to normal in the coming days but the frenzy to fill up already had effects on different Triad businesses.

When you're on the hunt for fuel, plastic bags over gas pumps usually means to look elsewhere, but that's not the case at one Archdale gas station.

It's just what Cook's Service Center wants you to think with fuel in high demand.

"I'd rather have some if people need it," Gary Cook said.

Cook runs the service center like his dad before him. It's been open since 1954 and his staff still pumps the gas for you.

When gas supply runs low and demand runs high, he bags his pumps to keep people from lining up.

"I’m not one of the big guys, you know, and sometimes for a little guy, it’s harder for them to get stuff, so I didn’t want to take a chance," Cook said.

His regular customers know what he's doing because he's done it during previous gas shortages.

"Sure, it'd be easy to sell it all out in a few hours but I don't want to do that, and then people who've been faithful for years not get any," Cook said.

This tactic is keeping his business from running out of gas and his loyal customers filled up.

Meanwhile in Greensboro, the owner of Golden Wok Chinese Restaurant worries the gas craze comes at a bad time.

"Each week, I'm bracing for the price list to come out because everything is going up," Eddie Shi said.

Shi increased prices a few weeks ago because of gas and labor shortages for his suppliers. He thinks he's going to have to do it again, in part, because of the pipeline problem.

That also depends on when fuel supplies return to normal.

Cook said he has about a week and a half's worth of gas and he isn't concerned about running out at this point. He said gas rushes usually only last a few days.

"People cause (shortages), I mean if they wouldn’t panic. You know," Cook said, "Carry on your normal life and don’t overreact. Usually, you’ll be fine."