Celeste Brawner says her customers sometimes think her boutique isn't open because they can't reach her. 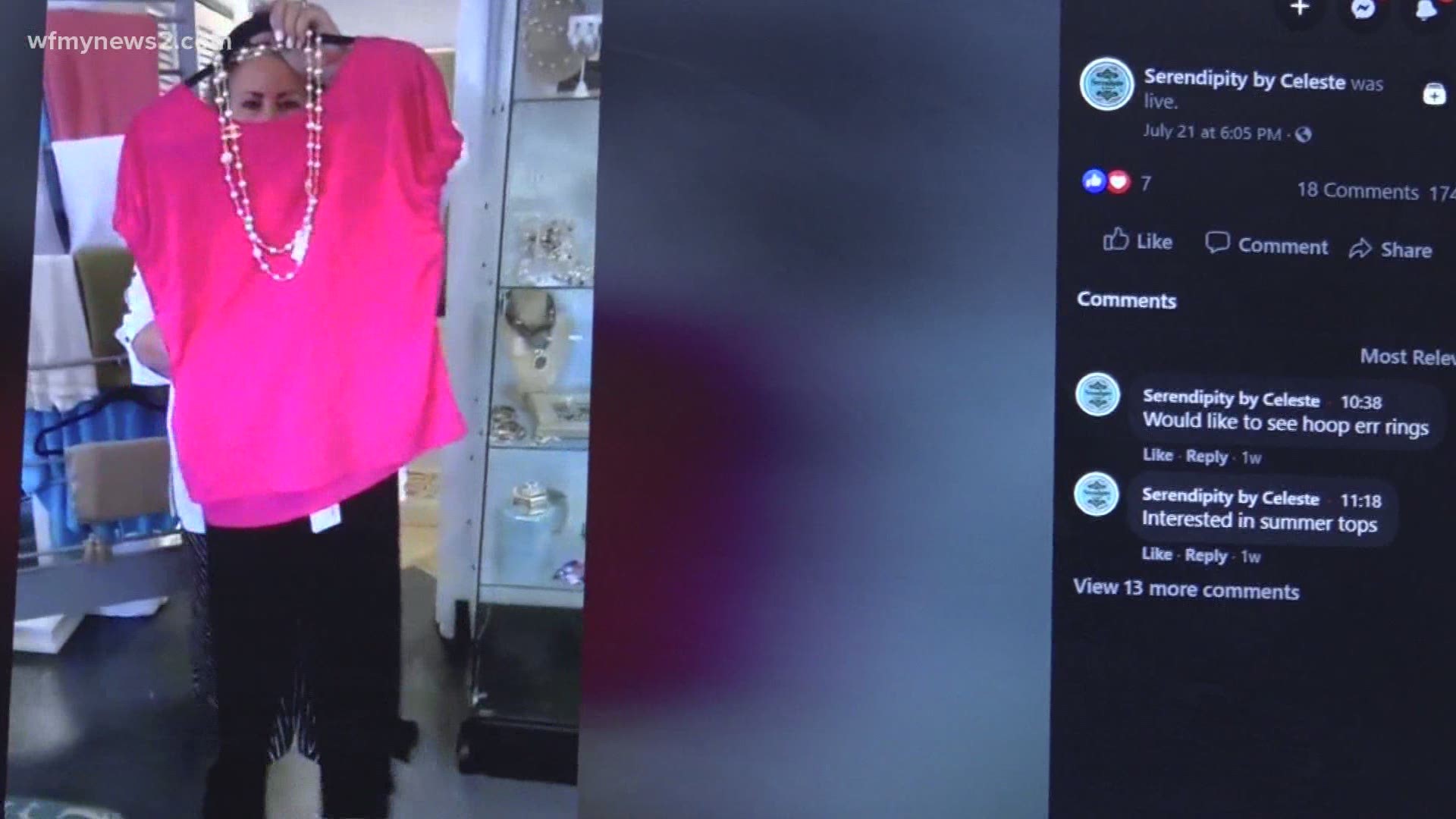 GREENSBORO, N.C. — As coronavirus cases continue to grow, many have swapped out window shopping for online browsing.

Serendipity By Celeste Boutique is fighting to keep its doors open, but internet issues has stalled sales.

Brawner said she’s had to let go of two of her three employees because of lost revenue from coronavirus impacts.

“We are trying to move forward online with the Facebook lives and we're going to switch over to hopefully a couple other platforms that will allow us to sale online,” Brawner said. “That's the only choice we have right now.”

Even that has brought on new challenges.

Brawner said patchy internet connection during live streams has pulled the plug on many online transactions.

“It fades in and out. It goes on and off,” Brawner said. “If you're on a Facebook live you’re done and by the time you get back on you've lost your audience.”

It's the same issue with customers who call in.

“They think you're not answering the phone they don't like that. Phone conversations get cut off,” Brawner said. “It's created stress.”

As well as those who shop in-store and make card payments.

“If someone was using a credit card and the internet kicks off I had to take it on blind faith or ask for another form of payment which doesn't go well,” Brawner said.

She's still frustrated it took several months to be addressed.

“My request to them is, could you create a triage center for small businesses who keep having repeat problems?” Brawner said. “Make it easier on us, everything is already hard on us right now.”

Brawner said she hopes her network issues are solved.

She is concerned she'll end up in the same position when the storm rolls in next week.

We reached out to Spectrum for comment and are waiting to hear back.