First responders and airport workers in the Triad look back at one of the darkest days in history and how it impacted the community. 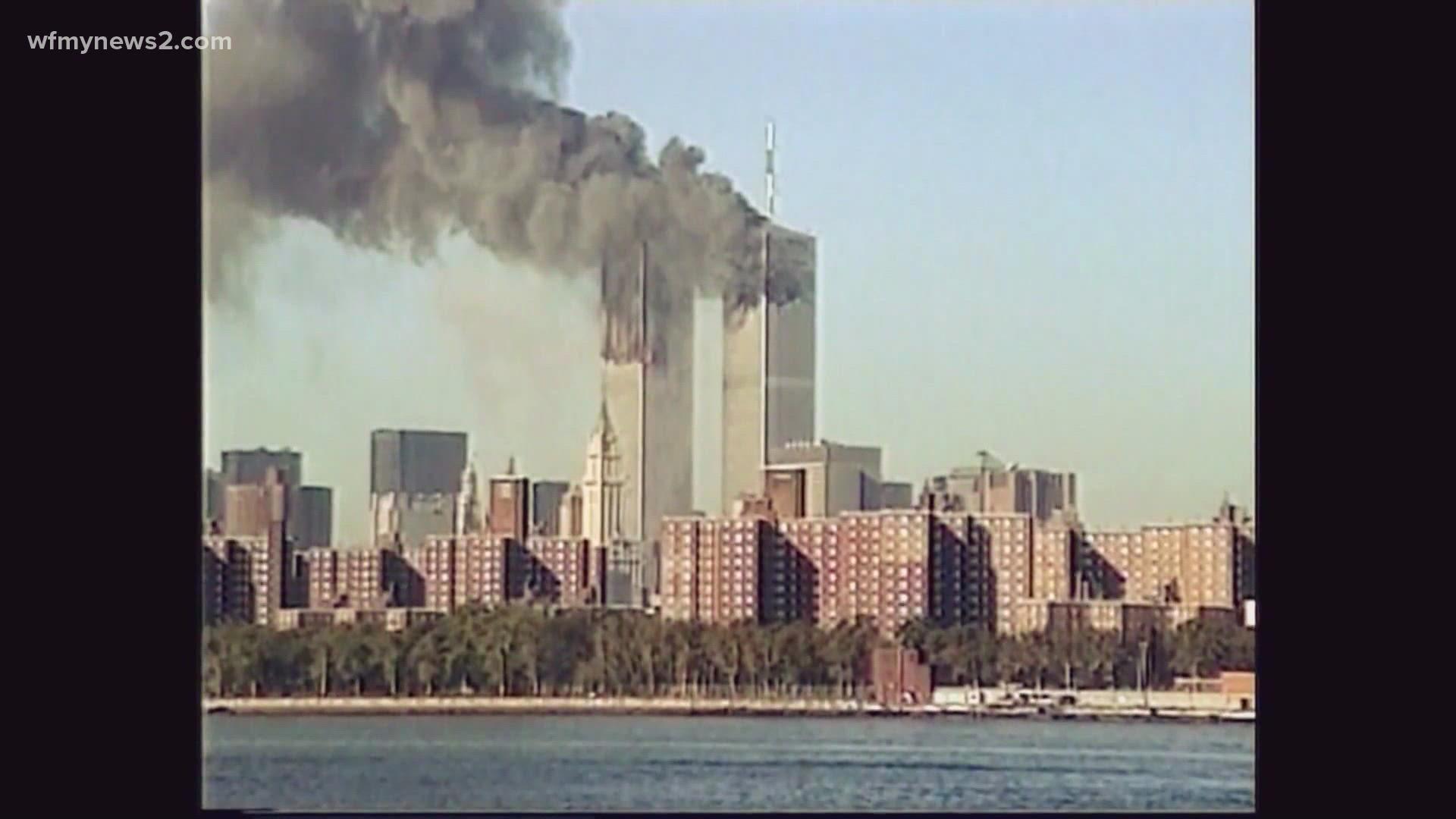 "We just couldn't believe what we were seeing."

"It broke my heart."

On September 11, 2001, America stopped in its tracks as smoke billowed out of the twin towers. First responders from all over jumped into action right there in New York and here in the Triad.

"I was on Interstate 40 right in front of the fuel depot," said former Guilford County Sheriff BJ Barnes.

When he realized where he was, he knew he had to protect the pipeline.

"Not only for us but maybe for the nation as far as this fuel that we had in front of us here," he said.

He called a news conference that day to let the people of Greensboro and Guilford County know they would protect them.

Over at Piedmont Triad International Airport, flights were grounded. Planes that were set to land in other parts of the country were stopped midflight to land in Greensboro because it was the closest airport.

Terry McElfresh worked in customer service at the airport. He was on the morning shift that day when the planes hit the towers in New York.

"I received a radio call that stated I needed to get to the employee breakroom and check the TV out," he said, "As I walked in they said 'You would not believe what is happening. An aircraft hit the tower in New York' and I’m thinking really? I stood there and I watched," he said.

"We were told we're getting diversions from other cities, other stations," he said.

Hotel and rental cars booked. Families had nowhere to go.

Not a flight took off for days.

"You could see planes lined up to land and they were just landing. Our gates filled up really really quickly. We started parking aircraft on the taxiways and they were nose to tail," he said.

In the months after 9/11, first responders reported to ground zero to see the damage and sift through what was left of the twin towers.

Assistant Police Chief Wilson S. Weaver II with the Winston Salem Police Department was one of those first responders. He took the trip in April. They had to wear special protective gear to do the job.

"Respirators, Tyvek suits, things along those lines and what we were actually doing is we were put on, ill call it, a conveyer beltline, whereas the dump trucks came from ground zero they were dumping the debris onto the ground, people went through that debris on the ground then that debris was transitioned to a conveyer belt system," he said.

The first responders were tasked with finding plane parts and personal items to return to family members of those who died.

"While we were at ground zero we were actually doing God's work being able to be there and look through and sort out the different things from the debris and try to return that stuff back to family members is one of the greatest achievements of my professional career," he said.

But seeing the devastation that was left and knowing the lives lost was hard to get through.

"Emotionally what really upset me more than anything was the loss of life," said Wilson, "Being a first responder, one of our main and primary priorities is to ensure that we can do everything we can to preserve life and with that being the case knowing that we did not only lose first responders, but just the massive loss of life in that particular incident, to me I found extremely depressing and sad and just looking through the personal effects of the debris we were going through of course caused additional depression related to that because you know that belonged to a human that was there and had been killed in a terrorist attack."

Plans and lives changed that day, but one thing across America on September 11, 2001, remained the same: unity.

"Once people knew what was going on, it was a very eerie calm feeling. No one was upset. It's like everyone knew and everyone was helping each other. It was amazing it really was," said Mcelfresh, "We can hope one day, not a tragedy happens again, but that we can somehow pull things back together as a society and care about each other."