Rep. John Hardister said Gov. Cooper should balance of safety from the virus and the health of our economy. 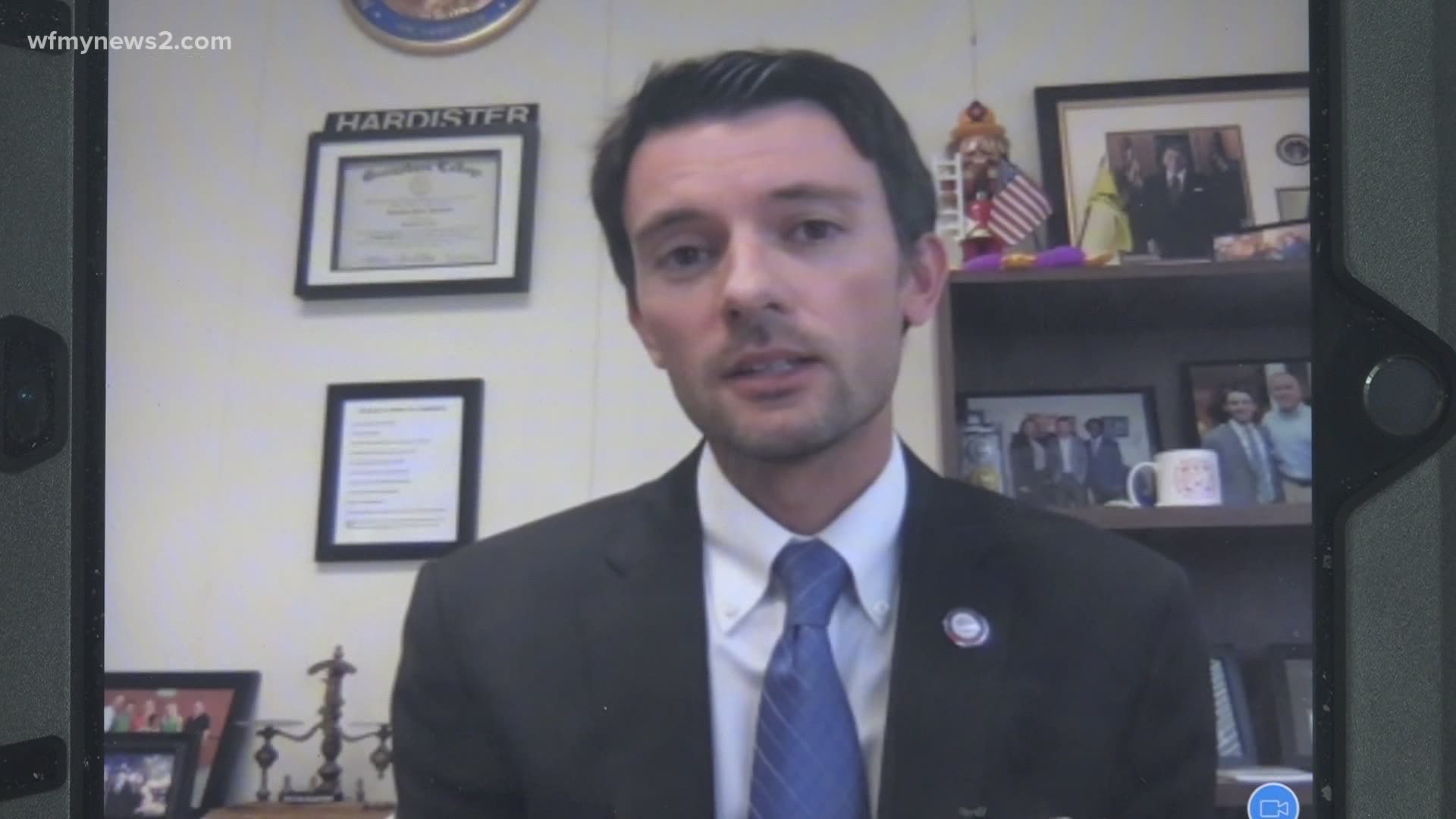 Guilford County Representative Jon Hardister said the leadership at the North Carolina General Assembly was left in the dark until the Governor Cooper's announcement.

He said he was disappointed in the decision.

Bars, restaurants, gyms and bowling alleys were hoping to open as part of phase 3.

RELATED: 'We just want our chance:' Gyms, bars and arcades will stay closed with Phase 3 on hold

Hardister said he understands the Governor's initial decision to shut the state down, but he said there are inconsistencies in the Governor's order as it stands.

"A brewery can open a distillery can open but a bar cannot. You can go to a restaurant sit down and have a drink but you can't go to a bar. A lot of businesses are allowed to open and have remain opened-- retail, home improvement stores, but you can't go into a gym even with limited capacity," Hardister explained.

RELATED: Why breweries, not bars, were able to open under Phase 2 plans

Harder said there are thousands of businesses across the state that may not be able to hold on very longer.

He said there has to be a better balance of safety from the virus and the health of our economy.

"I think the vast majority of our citizens are willing to do what's right, but we've got to get these businesses re-opened because if the economy were to falter you are going to have a different set of problems. And it's going to be really bad," Hardister said.

Hardister said he believes people should wear masks, but it should be a matter of personal responsibility adding he's not sure how enforceable to order is.