Triad Man Accused Of Raping Student; Suspected in Another Assault

The man charged for assaulting and raping a Triad student is facing more charges. 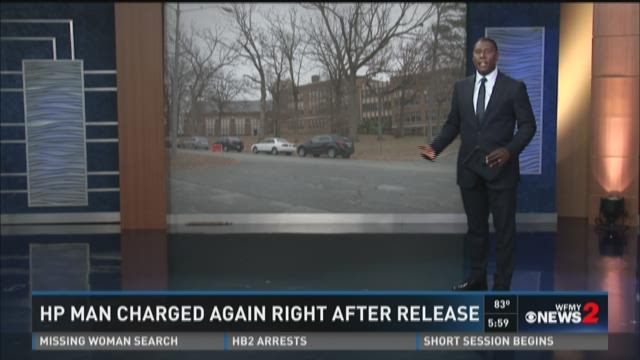 Whitehead was also charged with a sex offender violation - which takes us back to the first case.

WFMY News 2 reported in September that Whitehead was accused of attacking and raping a 14-year-old girl at the high school.

WFMY News 2 talked to Guilford County School Board Member, Ed Price in September. He told us, Whitehead was a senior at Central, who recently moved to the area. Price said the female victim was a freshman or sophomore. Whitehead allegedly attacked and raped the victim, also a High Point student, on an elevated walkway around 4PM.

Price said a staff member saw the attack and moved quickly to intervene. The victim was taken to an area hospital, treated and released.

Tavio Whitehead was charged with Assault by Strangulation and 1 count of First Degree Forcible Rape in that case.

He reached a plea deal in March, pleading guilty to sexual battery and assault by strangulation on March 31st.

He was sentenced to 60 days in jail - but was released on time served.

About two weeks later, April 17th, Whitehead was charged again after an underage girl and her mom reported an assault at the high school.

Whitehead is due back in court next month.