'Cancer is not going to take this from me' | Triad man grows hair out for cancer patients, discovers he has cancer

Collin Bjorklund grew his hair out for years. His girlfriend makes wigs for cancer patients. The donation took on new meaning when he found out he had leukemia. 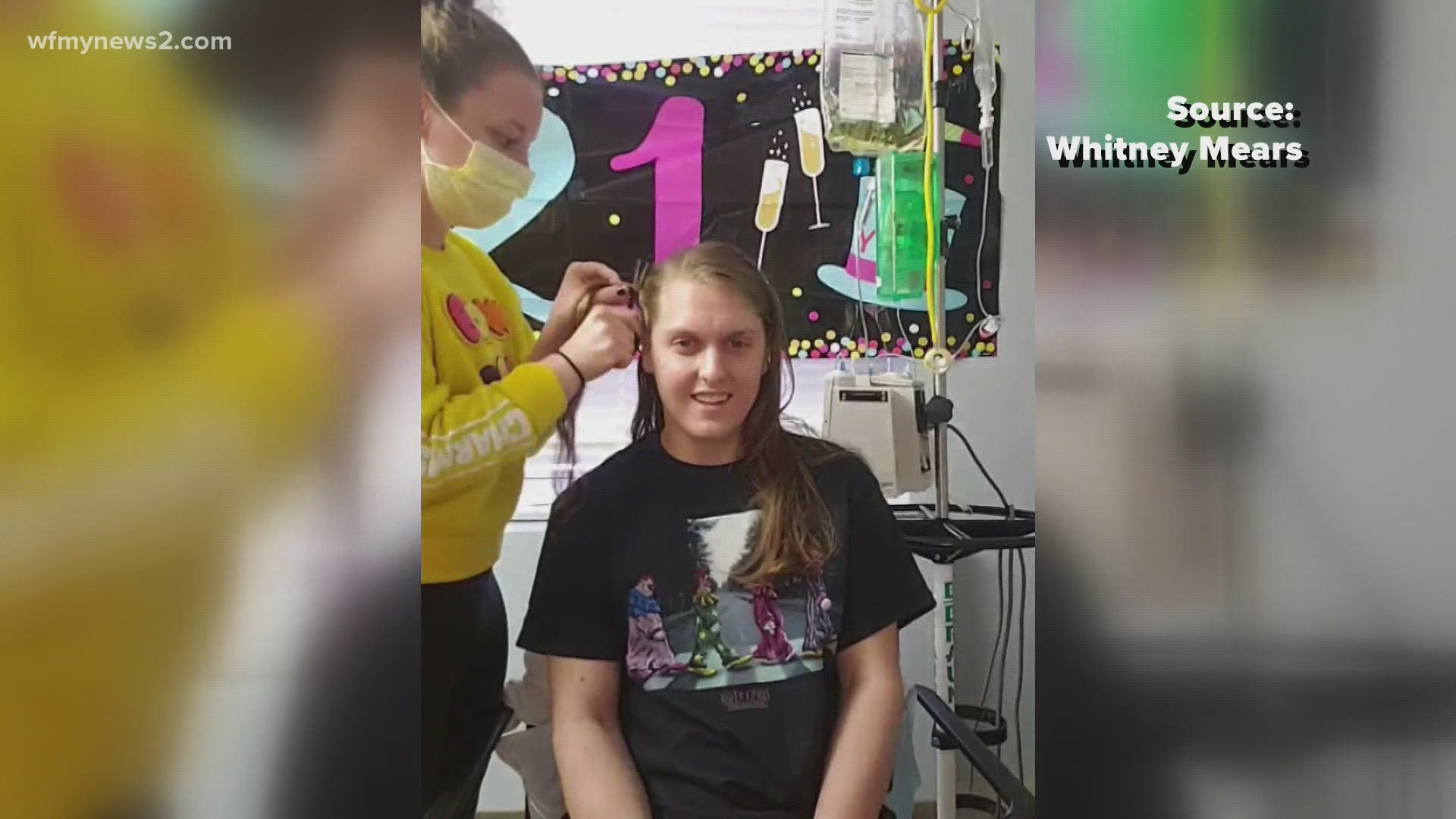 WINSTON-SALEM, N.C. — One Triad man will face new challenges in the new year.

So, he decided to grow his hair out and donate. Then, just days before Christmas, he learned he has leukemia.

He said he was admitted to Novant Health Forsyth Medical Center on December 22 due to severe abdominal pain. Tests found he had Stage Four Burkitt Lymphoma.

Surgery removed his appendix and parts of his intestines and he will begin chemo when he heals.

"I'm growing my hair out to give to a cancer patient and ironically I end up the one getting cancer," Bjorklund said.

Mears has been by his side since he arrived at Forsyth Medical Center. She said his diagnosis shocked her.

"I wanted to make sure I was there for him," Mears said.

They say they've been through a lot together--they've dated long-distance, broken up and gotten back together and most recently, quarantined together during the pandemic.

"Someone who is, unfortunately, going through cancer and is going to lose their hair, their partner happens to be a wigmaker and can make a wig for him if he would like," Mears said.

Mears' goal is to create a nonprofit that donates wigs to people going through chemotherapy. She had that dream long before Bjorklund's diagnosis and he grew his hair out to support her.

The couple didn't imagine they would end up cutting his hair inside a hospital room. On New Year's Eve, they live streamed his haircut for friends and family on Facebook.

"It was hard not to get emotional," Mears said, "I could see as we were cutting his hair, it was empowering him to take that control back."

She handed over the scissors to Bjorklund to cut the final lock.

He thought about keeping the wig for himself but he still wants to donate it.

"I could see probably some little girl sitting there, so upset that she doesn't have hair and I'm just gonna want to give it to her," Bjorklund said, "I never think about myself I always think out for others."

This isn't how the couple envisioned the start of 2021, but he is keeping a positive attitude.

"No matter what's gonna come our way, we're gonna get through it together. We're gonna overcome it," Bjorklund said.

Did you get your stimulus payment? Look for IRS TREAS 310 in your bank account