Triad professor can draw every U.S. president and he wants to teach you how

John Hutton published or worked on 23 books, one of them shows you, step-by-step, how to draw our commander in chiefs. 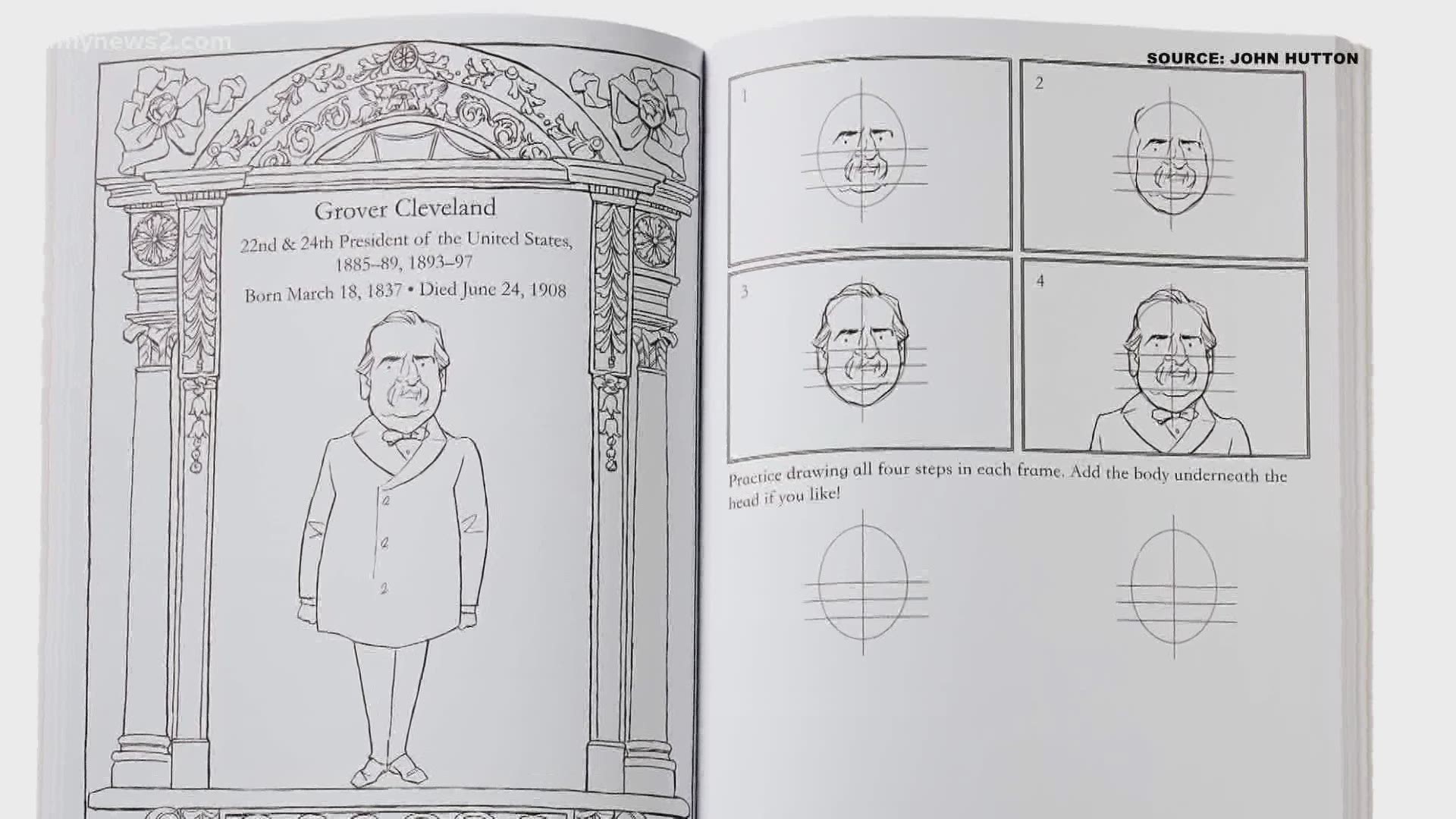 WINSTON-SALEM, N.C. — An art history professor at Salem College has sketched out quite an impressive resume.

John Hutton  published or worked on 23 books, been a member of the White House Historical Society for 20 years and is currently finishing up two new books and updating one of his most popular ones, How to Draw the Presidents.

"This came out last year and they're doing a new edition this year to include President Biden," Hutton said.

The book has all 46 presidents and a four-step process on how to draw them. Hutton has become familiar with the faces of our nation's leaders.

"I've been working for the White House Art Association since 2001 so I've been practicing drawing presidents, that's 20 years now," he said.

Hutton said, politics aside, drawing Presidents Washington, Lincoln and Teddy Roosevelt are the most rewarding because they're the most recognizable.

"The other ones, like if you try to draw Franklin Pierce for people or Calvin Coolidge, they kind of go, 'Well, that looks like my uncle,'" he said.

Hutton said he's always working on a project, right now that's a new book about a little girl who's mom works for former First Lady, Laura Bush. Most of his works center around the White House but he's also written stories based in Old Salem.

You can buy his book and learn more here.