How Triad school districts are handling the pandemic and reentry

Parents explain their feelings on reentry plans as some send children back to classrooms, while others begin remote learning once again. 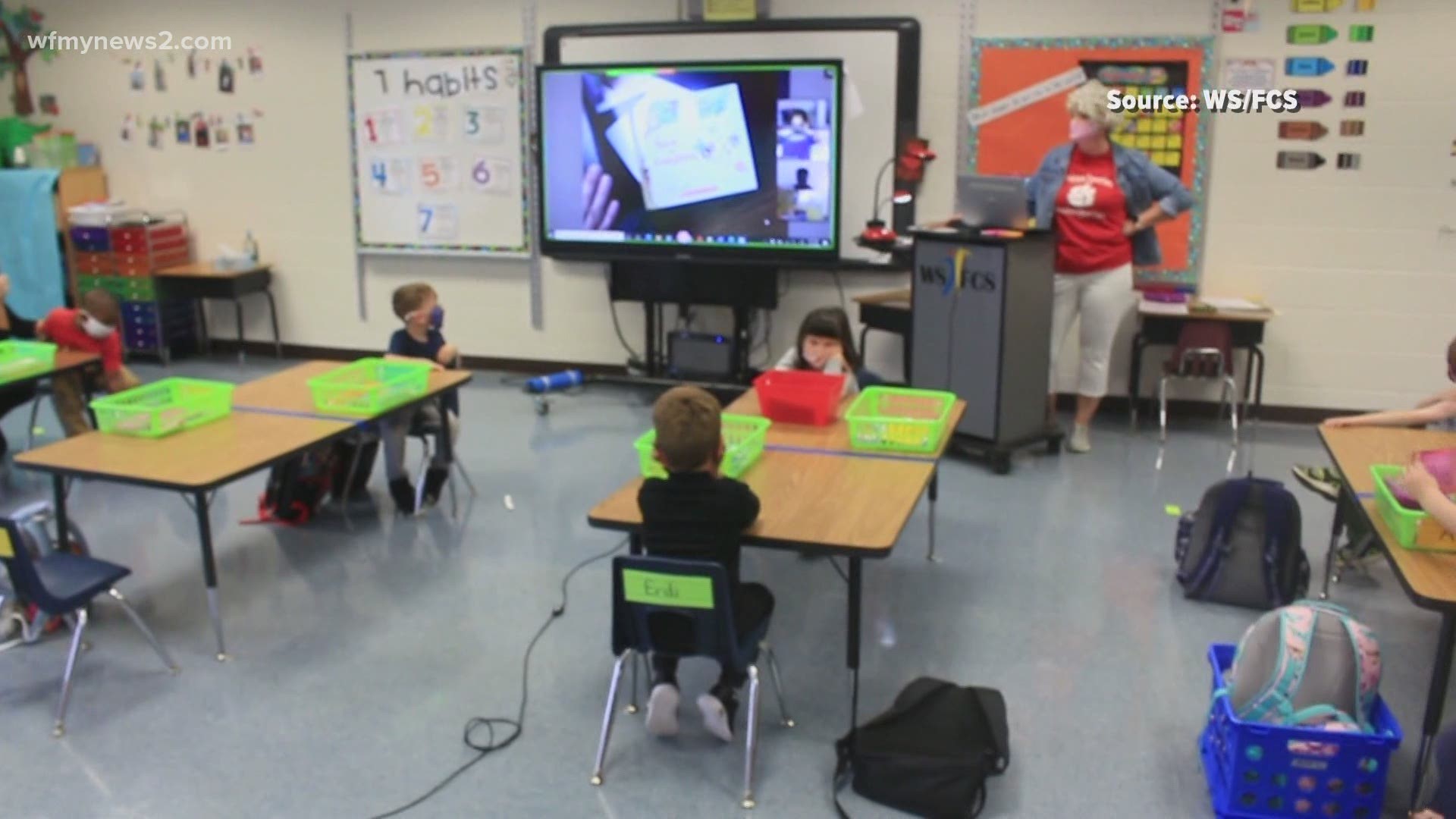 WINSTON-SALEM, N.C. — The Triad's largest school districts took another step in their reentry process as coronavirus cases continue to rise among students and staff.

Monday was another first day back to school for students in Winston-Salem/Forsyth County schools. This time, it was first graders' turn.

Whitaker students are back at home for remote learning after five coronavirus cases there.

"I am somewhat concerned but I'm trying to keep a positive attitude about it," Meghan Willard said. Her youngest son returned to Vienna Elementary School Monday.

"Every school that has re-opened while these numbers are high, potentially opens the doors to hospitals and funeral homes," Tripp Jeffers said.

Tripp Jeffers teaches at Parkland Magnet High School and is petitioning the school board to adjust it's reentry plan as cases climb.

"Of course there's gonna be outbreaks and each school is going to have to handle it differently. There is that fear but right now it's better for our children to be back in school," Donathan said.

WS/FCS isn't the only Triad school district seeing a rise in cases as reentry continues.

Guilford County Schools report 50 cases among staff members in November. In October, there were 23.

"It really is unclear whether the school board has any metric at all that it's looking at right now. And the cases are skyrocketing. We have higher and higher percentages of cases of those tested. And it seems like every day seems like a new record," Jeffers said.

Willard, who also has middle school-aged sons hopes reentry continues in spite of the cases.

"it'll probably be very conservative and a slow approach to it but I think they've also seen all the issues that kids have been having with the remote learning," Willard said.

She and Donathan are both prepared for the possibility of a return to remote learning if needed.

"If we go back for one week and then we're out for another month, I still feel like I made the right decision as a mother," Donathan said.

The Winston Salem Forsyth County Schools Board of Education is set to decide on a reentry plan for second graders and above at a meeting Tuesday. Under Guilford County School's plan, grades three through five will return in early January.

RELATED: ‘She will forever be a fabric of Easton Elementary,’ WS/FCS’ long-time elementary teacher assistant dies